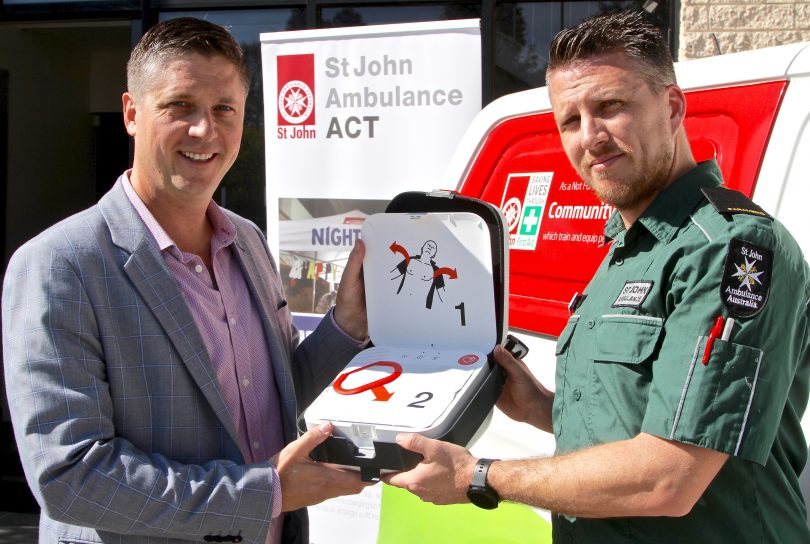 When it comes to saving someone from a sudden cardiac arrest, every minute counts, and the new CEO of St John Ambulance in Canberra, Adrian Watts, is not wasting a second.

In his first week on the job, he has renewed calls for defibrillators to be provided in all government buildings, depots and Canberra’s 150 schools during the next four-year term of the Legislative Assembly.

There is no requirement for ACT Government properties to have defibrillators.

Mr Watts, who has worked extensively in Canberra’s health and community sectors, says reliance on someone being near a defibrillator or someone who is trained in CPR while having a cardiac arrest is dicing with death.

“We live in a great country and one of the world’s healthiest communities here in Canberra, but we let ourselves down in one simple but important area of community health.

“While Australia has a nine per cent survival rate from sudden cardiac arrest, we know that this survival rate can be rapidly increased with the installation of accessible defibrillators right across the city,” Mr Watts said.

He said the statistics are sobering when it comes to the number of people whose lives could be saved during a sudden cardiac arrest.

Last week, Region Media published one of the good news stories of a fit 31-year-old with no history of heart issues who had a sudden cardiac arrest in a gymnasium, which didn’t have a defibrillator. That gymnasium now has a defibrillator, but most businesses don’t.

READ MORE Fit and active Jay had a heart attack at 31. Statistically, he should be dead. Here’s why he isn’t

“Too many Canberrans suffer a sudden cardiac arrest every day and easy access to a defibrillator could save close to 100 lives a year in the ACT,” Mr Watts said.

“I want to see Canberra adopt a nation-leading approach where defibrillators are readily accessible and the majority of the population has been educated in CPR.”

He said while an ambulance is never far away, every minute without CPR or a defibrillator increases the chance of death by 10 per cent after someone’s heart has stopped. After 10 minutes, the chance of permanent brain damage is 100 per cent. 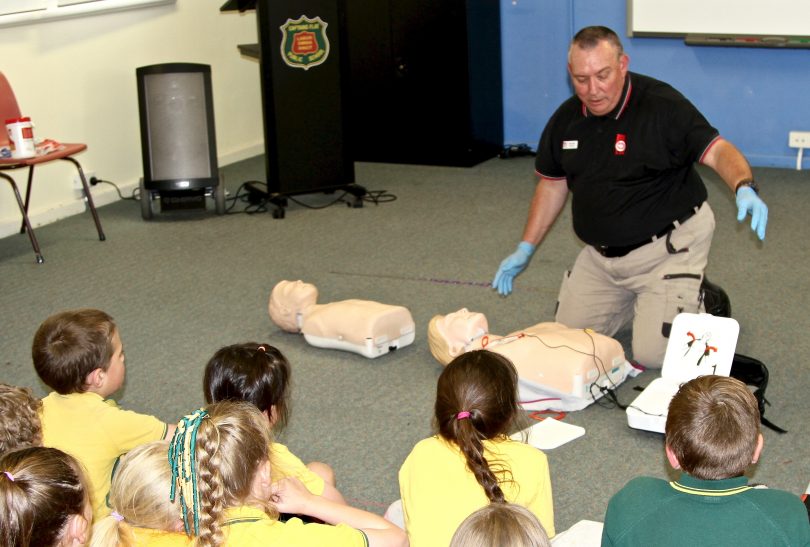 “Ambulances arrive on scene really rapidly here in the ACT, but every minute counts, so I would like to see a defib within two minutes of everyone who may suffer a cardiac arrest.

“It is an automatic device that steps you through what to do, but what it won’t provide you is the calm and confidence that a CPR course will provide, and we’ve been providing that training for more than 90 years here in the ACT,” Mr Watts said.

His aim is to quantify the number of AEDs (automated external defibrillator) in Canberra. He has already lobbied members of the incoming Legislative Assembly to ensure they are mandatory in ACT government schools and workplaces.

“I’ll be looking to have conversations with the chief minister and other MLAs once a parliament is formalised. It’s a cost of less than $1 million over four years, so we think it’s an easy thing for the incoming government to commit to and commit to the safety of its workers,” Mr Watts said.

He would also like to see every ACT business have access to a defibrillator. They cost less than $3000.

“Every year, there are 25,000 deaths due to sudden cardiac arrest in Australia. If we had greater access to defibs, it’s estimated around 12,000 lives a year could be saved. That’s well over 100 every year in Canberra alone,” he added.

Mr Watts joins St John Ambulance after 12 years of leadership roles in Canberra’s health and community sectors, including four years as CEO and managing director of the National Health Co-op. He steps into the role left by Bianca Russell who has joined the Australian Red Cross as their regional manager.

“‘I’ve always been passionate about healthcare and Canberra and I’m excited to be taking the reins of an incredible organisation which is 100 per cent focused on the health and wellbeing of every Canberran,” Mr Watts said.

“This is about arming every individual with the skills to be able to provide first-aid.”

75% of cardiac arrests in Australia occur in a private residence so having lots of aeds in public spaces is a waste. The % of children and infants who have a cardiac arrest is minimal, they tend to have respiratory arrests where aeds are not required so the need for aeds in schools is also wasteful.
2 things increase survival to hospital discharge following cardiac arrest:
1. Immediate effective cpr
2. Early defibrillation
To increase chances of survival the act government would be better off instituting a low cost universal basic life support training program, increase funding for emergency response systems and targeted placement of aeds for high risk individuals. As opposed to relying on individuals paying for expensive first aid courses and giving people a false sense of security by having lots of aeds on public display gathering dust.

Imagine if the ACT government could provide 24/7 public access AEDs to all residents and visitors. No need to bang on the door of woolworths or wait until the government building opens, if the AED is monitored using IoT technology and fixed securely to the outside of the government building or at the transport interchange / local bus stop. This approach is supported by AEDs within all EMS vehicles, preferably monitored for location to ensure a coordinated response – which means the closest working defibrillator is supplied to the patient – beit within a vehicle or from the local government asset.
The national survival rate is only 4.8%, meaning 23,000+ fatalities each year. Let’s first aim for a survival rate of 10%, then 20%, then ultimately reach the goal of 70% that is currently being achieved o/s. Preventable fatalities and/or serious brain injuries continue to occur in large numbers – causing impacts such as trauma to those first responders who attend these scenes, family breakdowns from loss of income, financial impacts to communities to name a few. Change has to happen….(not just more defibs hidden in foyers or behind closed doors – but a strategic approach to the big issue) who will step up to initiate this change.? 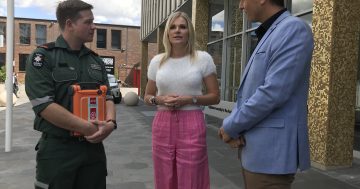 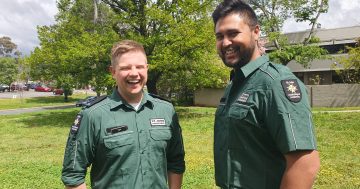