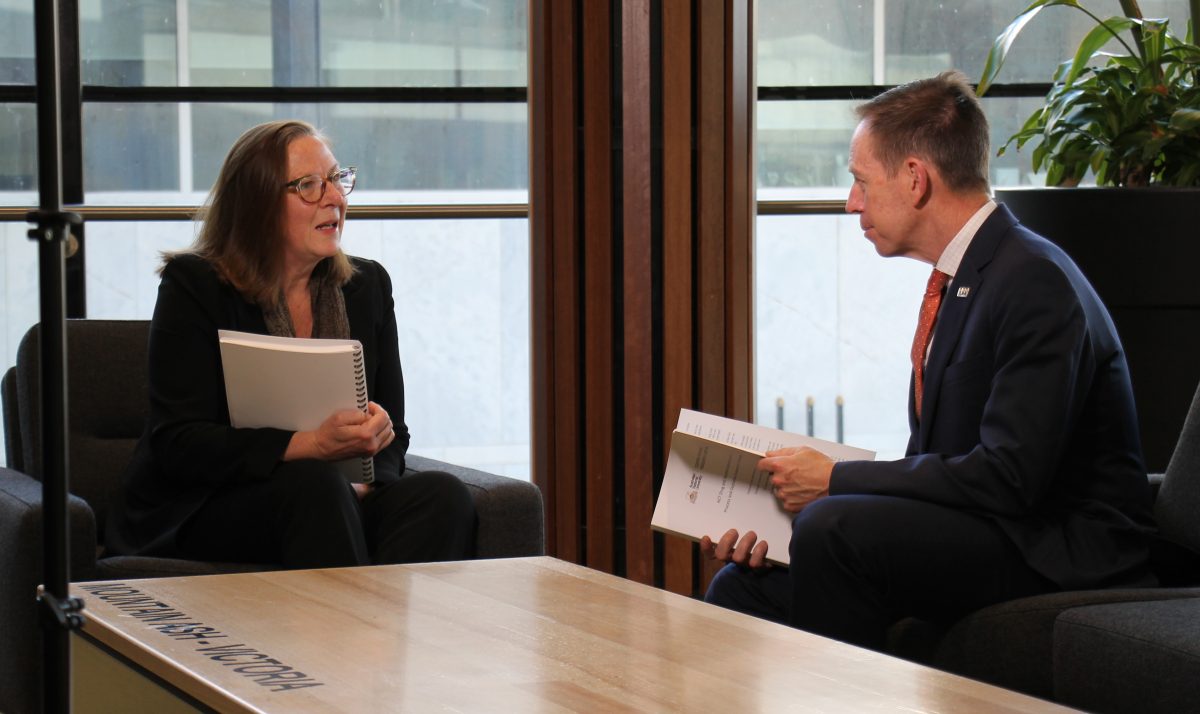 The success of the ACT’s Drug and Alcohol Sentencing List (DASL) in helping offenders, saving money and improving justice in the Territory has meant the government is now considering expanding the program.

But while a new report backs the program, it also found there are issues when it comes to housing, while the Territory’s chief justice said its most important recommendation is its call for more consultation with the First Nations community.

DASL, which is also called the Drug and Alcohol Court, started in late 2019 and allows for an offender to work with a team of justice and health professionals instead of being handed a custodial sentence.

A recently released independent evaluation by the Australian National University has estimated DASL has saved $14 million from avoided prison time, slightly more than the $13.3 million the government recently allocated to run the court for two years.

“It identifies that those who are going through Drug and Alcohol Court are changing their trajectory,” ACT Attorney-General Shane Rattenbury said of the report on Tuesday (9 August).

“It is having a positive impact on their family connections, on their mental wellbeing, on no longer being involved with drugs and alcohol, in having less involvement with the criminal justice system.”

As of March 2022, 56 orders had been imposed on participants with alcohol and drug substance use issues, while eight had graduated.

Mr Rattenbury said the numbers were still relatively small due to COVID-19 delays and the court being in a pilot phase, but those that had graduated had so far not become involved with the criminal justice system again, which was an “extraordinary outcome”.

“This report provides strong evidence to both continue the program and to expand it,” he said.

“We have seen in recent times that the list has actually been full. To me, that is a sign of success.”

He said he will be making a case for the expansion of DASL resources in the mid-year budget process in February 2023 “so we can have more people come into this program”.

“This is where we want to be spending our money; not on building a bigger jail, but on investing in the programs that help people get out of the criminal justice cycle and actually put their lives on a different track,” he said.

There was also “robust evidence” the court was effectively providing rehabilitation, and rehabilitation was the only purpose of sentencing that is “unequivocally protecting in the long-term”, she said.

But she said there is still work to do as the report had 15 recommendations, the most important being that the court consult more widely with key Indigenous Australian stakeholders.

Chief Justice McCallum said the ACT had, proportionately, the highest rate of incarceration of Indigenous Australian people in the country.

In DASL, she said there was a slightly higher rate of Indigenous people having cancellations or failing to complete the program. For instance, the report states 53 per cent of cancelled cases involved Indigenous participants.

“I would have hoped that this diversionary program with a therapeutic base would have reduced those numbers and it doesn’t,” she said.

The report also stated appropriate housing was a “consistent issue” for those seeking to be involved in DASL as suitable accommodation was needed for participants.

Mr Rattenbury said the government had committed to building more public housing and had a justice housing portfolio for those coming out of custody or on bail, but this was under pressure from demand so more resources would need to be considered for these areas.

But how much did it COST our HEALTHCARE Systems??!!

This really troubled me though:
“Chief Justice McCallum said the ACT had, proportionately, the highest rate of incarceration of Indigenous Australian people in the country.”
I had not heard that, and it’s appalling. The over represtation of First Nations peoples in the justice system is a direct result of colonisation, trauma, and racist institutions. WE MUST DO BETTER, especially since ACT claims to hold human rights so dearly and sees itself as leading the country in this area.

I don’t trust this “independent” review, which you can read here: https://www.courts.act.gov.au/corporate/publications/act-drug-and-alcohol-sentencing-list-process-and-outcome-evaluation-final-report

The criminology researchers have each spent years (or decades) specialising in ‘restorative justice’ (seeing offenders as victims too, and substituting custodial punishment with staged confrontations where offenders have to talk with their victims to (theoretically) appreciate the damage they’ve done -spoiler, they don’t care, never did, never will), or ‘community corrections’ orders (ie, sentences served at home and not in jail so they just keep reoffending), or other concepts rooted in relativism (not moral absolutism, such as, it is absolutely wrong to bash, rob, steal, and can never be justified). So not the most objective lot of researchers.

Add to that, this ‘report’ is the culmination of a decade of Greens froth fantasy. Rattenbury was Corrections Minister from 2012 to 2020. Worst jail nationally, made MUCH worse by him (read the Steve Freeman inquest). Whitewash woke fantasy like this helps him and his supporters sleep better, thinking they’re helping.

As for the recidivism and cost saving claims, garbage too. 10% of crims commit 90% of crimes. So when the ACT Police are the worst at solving crimes nationally (by a MILE), it’s beyond laughable to claim that these offenders are clean and clear. Read the PC’s ROGS for crime solving here (go down to INDICATOR RESULTS) and track right until OUTCOMES OF INVESTIGATIONS): https://www.pc.gov.au/research/ongoing/report-on-government-services/2022/justice/police-services

So what was the cost to the public if those that failed were still running amok?

Didn’t save the government $14m. The program has cost over $13m. More rubbish propagander from this arrogant bunch of incompetents. They have to go. They are failing everything when scrutinised.

So out of 56 orders only 8 have succeeded. I would call that a massive failure.
I can tell you from first hand experience that a majority of participants in this program fail and return to prison. It is basically an intensive corrections order for drug addicts but has no real supervision or assistance. It is a temporary fix for a prison that sits at near constant capacity. You will see more funding to build a bigger prison soon.

Nathan Davidson … You’re expecting anyone to take your word on a Facebook post over an independent report from ANU? Personally I’d much prefer programs that attempt to break the cycle than those that just lock people up and throw away the key.

Jenny Lawrence The report says 8 people from 56 have completed the program. I was in prison….i saw a majority of people on those orders come back. Once they fail the order they ARE locked up and they throw away the key. Thanks for your comment though, just goes to show that government puff pieces and creative data analysis still fools some people 👍

Nathan Davidson for heavens sake, read the article. The thing is only 18 months old, it’s a pilot program and it’s been disrupted by Covid. 8 out of 56 means most of the others *haven’t finished yet* , not that they’ve all failed.

Nathan Davidson one is a success. For some, rehabilitation is repeated attempts and they should be supported and encouraged.

When the ACT Government pays ANU to write a report to justify its own policy, there is potential for conflict of interest and bias. It’s not reliable, nor comprehensive.

デ スティーブ I’m not saying treat their report uncritically, Im saying it’s more credible than a random guy on Facebook who says he knows better because of annecdotes.