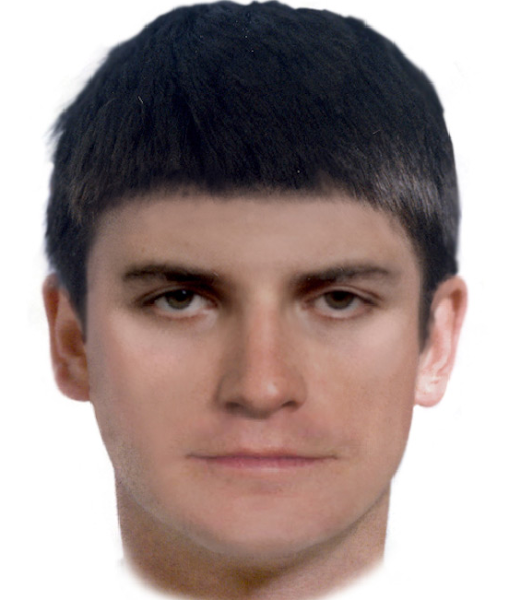 ACT Policing has released a face-fit image of a man responsible for the assault and robbery of a 45-year-old man in Glebe Park in September.

Around 7pm on Friday 23 September, the 45-year-old man was walking through Glebe Park in Canberra City when he was approached by four young men who demanded his wallet. The man refused and attempted to walk around the group. The group attacked the man, and stole his key wallet and a back pack containing a SLR camera with a zoom lens.

A witness approached the man to offer help and was also threatened by the group before they left the park.

The man depicted in the face-fit is described as Caucasian in appearance, between 16 to 23 years of age, approximately 185cm (6’1”) tall with a slim build and was wearing a light coloured jumper.

He was in the company of three men described as aged in their teens.

Anyone who recognises the man pictured in the face-fit, or anyone with information about the assault and robbery is urged to contact Crime Stoppers on 1800 333 000, or via the Crime Stoppers website on www.act.crimestoppers.com.au. Information can be provided anonymously.

Give that picture to the housing managers for ACT Housing properties in Civic and Ainslie and they’ll know who it is.

Captain! Where’s ya been? I’ve missed you…

Uncanny! He looks like Jim Carrey in ‘Dumb and dumber’…..!

I don’t think he’s your type, Speedy. He looks straight

Bahaha! Epic. Thanks for making me crack up in the office!

I don’t think he’s your type, Speedy. He looks straight

another chump walking through glebe park with expensive equipment.

Jeez these identikit images have come a long way since I was a kid. They all used to look like the drawings my kids did in primary school, and I doubt anybody was ever identified by one.

Surely there’s enough there for somebody to recognise him.

Carol Treneski - 2 minutes ago
The team at the gym and pool worked with my Dad for years. He had Parkinson’s and Lewy Body Dementia. They helped Dad retai... View
News 119

Greg Donoghoe - 3 minutes ago
Yvoir Hingee maybe you need to give it a try now. Very enjoyable way to travel to Sydney. No traffic to put up with & very co... View
Tim Vandartel - 42 minutes ago
Time to get back on track. High speed trains please. View
Chris Mackie - 1 hour ago
needs a high speed train line! View
Opinion 12

Neil Chandler - 5 minutes ago
Peter Bee true, but they produce some great players and there is a fanatical enough fan base that it would be a worthwhile ve... View
Rollersk8r1 - 2 hours ago
Quite happy as a GWS member. In normal times it’s an ideal arrangement. Four games a year at Manuka (1 pre-season), plus AF... View
Ben Jones - 3 hours ago
No one will go apart from the die hard fans. Until they start winning and the whole of the ACT become fans overnight. View
Opinion 1

chewy14 - 1 hour ago
"Inevitably, some of us will slip into past behaviours, and others are forced to call it out and gently point out the rules t... View
Opinion 197

Speculation around a potential return to Canberra of the Supercars, operating in a circuit around Exhibition Park, has raised the...
News 119

It looks like next year's federal election will be even more about keeping Australia safe. The Morrison Government will seek...
News 33