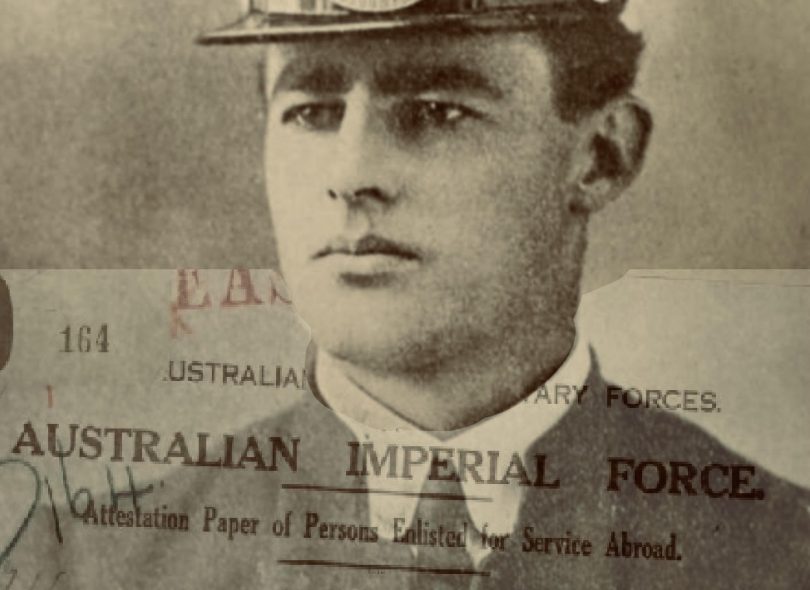 It’s a century-old alliance that bound Australia and New Zealand together in blood at Anzac Cove on 25 April, 1915.

One soldier, Private Wilfred Knight, tragically embodies this trans-Tasman tradition like few others.

Born in New Zealand, the young railway worker was living in the Riverina town of Junee when he enlisted in the Australian Imperial Force in August 1914. He is the first recorded New Zealander to die at Gallipoli.

Pte Knight will be honoured by the Junee RSL sub-branch this Anzac Day. President Greg Zakharoff says the extraordinary story has only recently come to light.

“Mr Knight’s name is up on the honour board here at the Cenotaph and at the RSL Club, but it was just a name,” Mr Zakharoff says.

He says it was federal MP Michael McCormack who first connected the dots.

Mr McCormack is a former journalist and has published several books on local history. He was looking into another soldier when he unearthed the surprising Kiwi connection.

“I was researching on a fellow from Gundagai who’d gone to World War One and not returned. And I started to look at the others from the Riverina,” says Mr McCormack.

His research was pieced together from Australian and New Zealand sources and is laid out in a commemorative Anzac Day booklet.

Mr McCormack says it was a tale worthy of the telling.

“This is one of the greatest Anzac stories that could ever be told. It actually unifies and unites the two nations in a way that I’ve not otherwise seen.” 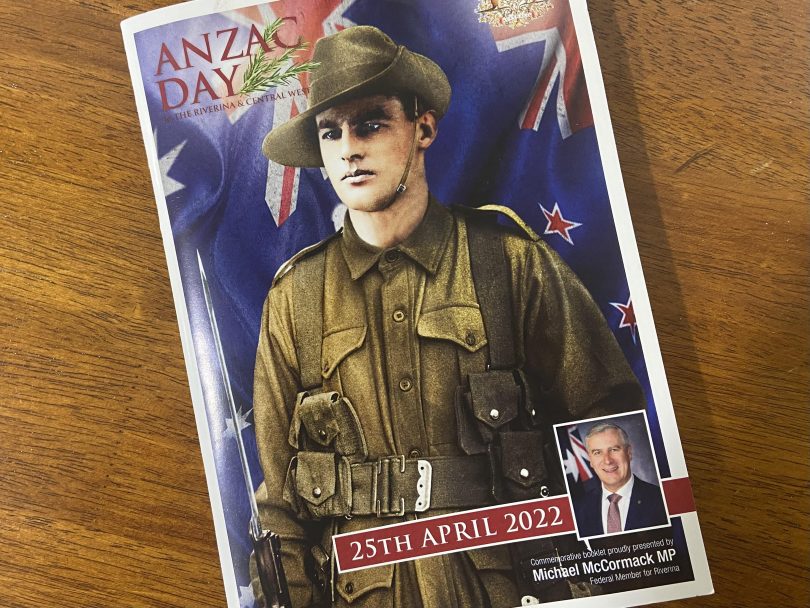 Wilfred Victor Knight was born in the Otago region of New Zealand’s South Island in 1890.

Before the war, Knight had moved to NSW where he worked a variety of jobs including on the Sydney Trams. Mr McCormack points to a warning he was given for “reckless driving” as an indication of his larrikin nature.

“Obviously he had a real roving and restless spirit, as even his family admitted. So he would have fitted perfectly with the diggers.”

Knight eventually took a job in Junee, where he worked as a locomotive fireman on the steam trains.

When the British declared war in August 1914, the “war scare” caused much of the rail work to dry up. He enlisted just 18 days later.

After training in Egypt, where he met up with his younger brother and a cousin, Knight boarded a ship for the Dardanelles.

On the fateful morning of 25 April, the young Kiwi jotted down his will in his paybook. A few short hours later, the battalion was thrown into the firing line.

“He was wounded on that famous day, he’s lingered for two days. It must have been an agonizing two days,” says Mr McCormack. 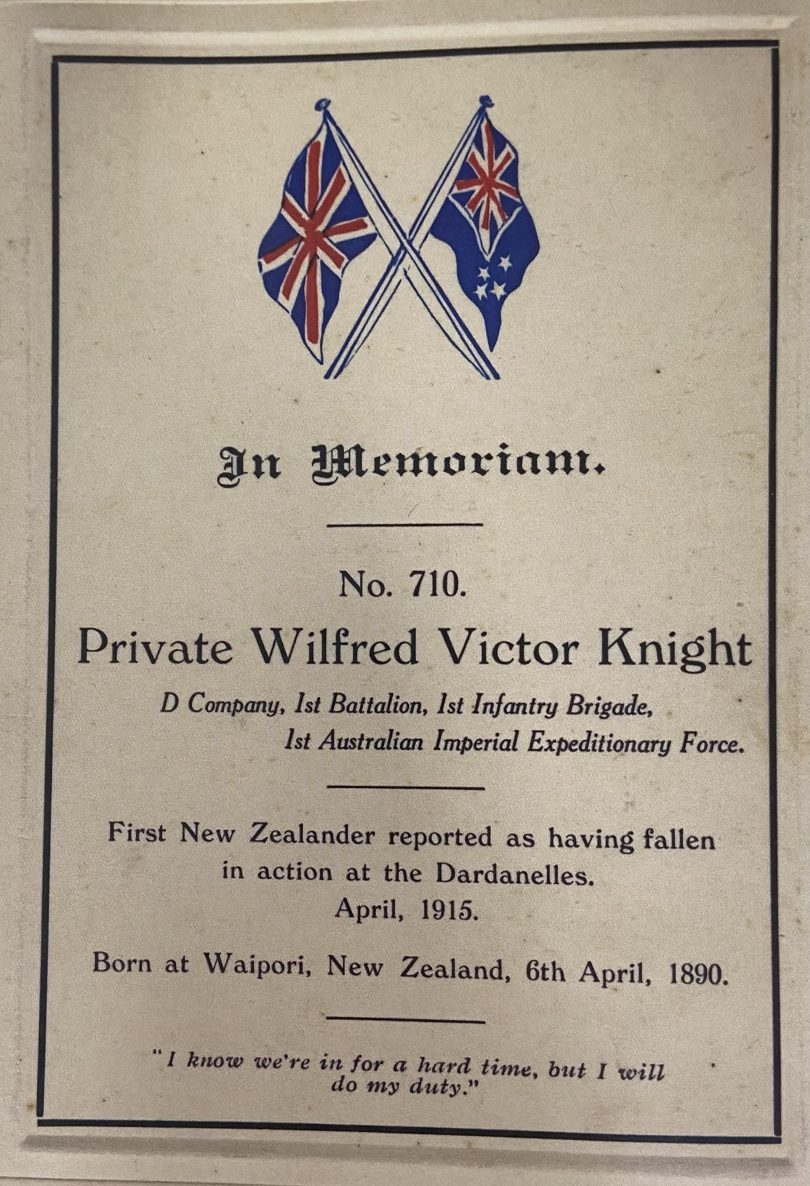 Junee will honour Wilfred Knight with a dual Anzac service including defence force members from both Australia and New Zealand.

The young Anzac’s sacrifice will be the focus of this year’s commemorations at Junee. Mr Zakharoff says representatives from New Zealand will join them for the dual service.

“We’ve got Major John Gordon from the Royal New Zealand Defence Force, who’s going to give a talk. He will also deliver the ode in Maori language.

“We’re arranging for some photography work to be done that’ll go back to the New Zealand High Commission and we’ll hit the press in New Zealand. So it’s a very big thing for this town.”

Mr McCormack hopes that this will be the first step toward a lasting connection between the Riverina town and Otago. He’s even floated the idea of erecting a life-size bronze statue on Junee’s Main Street.

“He died a hero’s death. He’s been buried at sea, so there’s no actual resting place for him. I think it’d be highly appropriate to erect a life-sized statue in his honour in Junee, his adopted town, to forge those links between our nation and New Zealand.”

Junee’s march and memorial service will run from 10:35 am today, 25 April.

Thank you for sharing this very moving story. Rest In Peace Mr Knight. 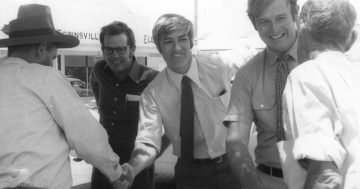 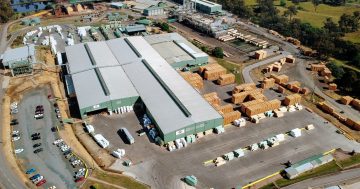