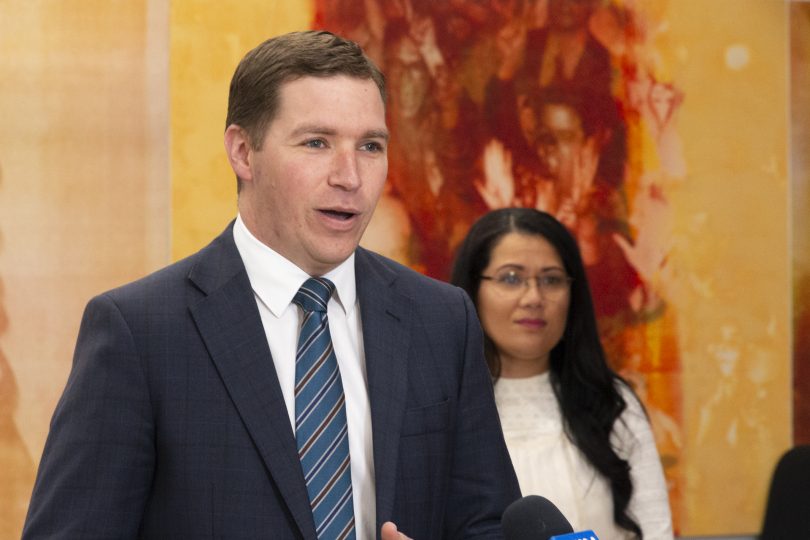 All at-risk families are set to gain a legal entitlement to family conflict resolution support before taking their case through the courts after the ACT Government and community sector expressed their support for a Canberra Liberals proposal to expand the scheme.

By expanding access to out-of-court conflict resolution conferences, the Liberals say the number of cases that find their way into the justice system could be halved. The Liberals have based their policy on a similar model which has been operating in New Zealand for almost three decades.

“This family-led decision-making is a legally binding process that seeks to resolve concerns of abuse or neglect before the government takes over and before a matter is referred to the court,” Liberals leader Alistair Coe said.

“In the event that a family does come into contact with a child and youth protection service, what it would mean is that rather than going straight into a legal process, the family would have the option of having a conversation, having a conference, with all the relevant stakeholders.”

With research placing family conflict as the single biggest reason for youth homelessness, CEO of the Conflict Resolution Service Mel Haley said early intervention methods like family conferencing allows families to agree on a path forward that is best for the children.

“We know even in the most complex situations, having a connection to family is important for children’s sense of security and their social and emotional development,” Ms Haley said.

“Intergenerational trauma is a real concern. We need to consider how we break this cycle.

“Affording families the opportunity to meet in a safe environment with qualified practitioners in a family conference setting works to break down the cycle of trauma. Using adversarial methods is not the answer and our [current] system is evident that it does not work.”

Mr Coe said that while some conferencing is already going ahead, it often takes place in an antagonistic and adverse environment.

“There have been some family conferences that have taken place, but where they take place at the courts is not ideal because the nature of being in a legal system or a court system does make it adversarial by nature,” he said.

“When things end up in the court, particularly when it involves children, it is a very stressful ordeal. 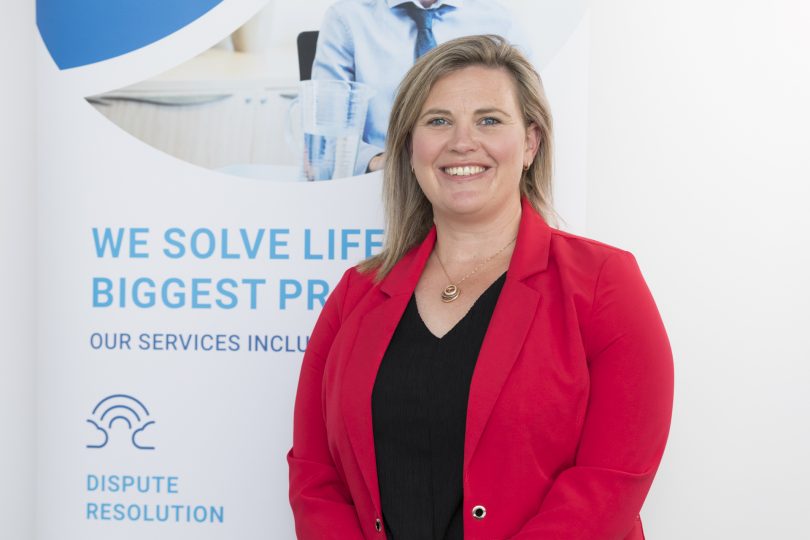 Mel Haley is the CEO of Conflict Resolution Services in Canberra, one of Canberra’s most recommended conflict resolution and mediation services. Photo: Michelle Kroll.

While the Liberals could not put an exact number on the number of people that would be impacted by the changes, Ms Haley said their family support program has a substantial waiting list, and expanding the service would have a significant impact on families.

“If this was to be a service provided to all people that come through Child and Youth Protective Services (CYPS) you would need to commit an equally substantial amount of funding to work within this model,” she said.

“However, it would reduce the financial burden long term on CYPS systems, courts and prisons systems.”

Mr Coe said the resources for the program will be diverted from the current court system, reaffirming Ms Haley’s statement about the long term financial savings of early intervention.

“The ACT Government currently has people dedicated to running these court processes and facilitating these current programs. By diverting resources going into the courts, that would then free up those people and resources to be able to concentrate on these family conferences,” he said.

Children, Youth and Families Minister Rachel Stephen-Smith said the Government supports the expansion of family group conferencing as one important way of empowering families and will continue to implement child and youth protection reform.

“The ACT Government has implemented substantial reforms in child and youth protection over the last five years … including making major investments in early intervention and family support programs,” she said.

“The introduction of Family Group Conferencing and Functional Family Therapy for Aboriginal and Torres Strait Islander families has demonstrated the effectiveness of these programs in the ACT, empowering families to identify and address the challenges they face and keep their children safely at home.”

If you or anyone you know is struggling with mental health issues, call Lifeline’s 24-hour crisis service on 13 11 14.

mmm he hasnt had a lot of experience in this area has he...in theory it sounds great, in reality family conflict resolution has been around for decades and is not all it's cracked up to be...life doesnt always fit into the fairy tales politicians wish to spin before elections.

Nothing of substance here

Again, nothing to back his airy fairy claims... 😢

Mark Johanson - 7 hours ago
WOW, home affairs obviously have a lot on their plate! Talk about the big issues! View
Julie Maynard - 8 hours ago
Why? Too sexy? Can’t the old white men control themselves? From what happens in Parliament, I think I’ve just answered my... View
Marea Stefek - 9 hours ago
Laura Folkard Megan Aster-Stater nothing has changed 🙄... View
Community 10

Jill Slaven - 8 hours ago
Steph Jane great story Steph 😘 View
Paula Simcocks - 9 hours ago
In reviewing my own family history in 1850s - there was more religious tolerance than later on. In Angaston, SA all of the co... View
Mark Elvins - 12 hours ago
Interesting about being buried together. My great grandparents are buried together in the middle of the Binda cemetery becaus... View
Opinion 7

We can and must do better at keeping all children safe