FASHFEST teams up with NGA for new fashion venue 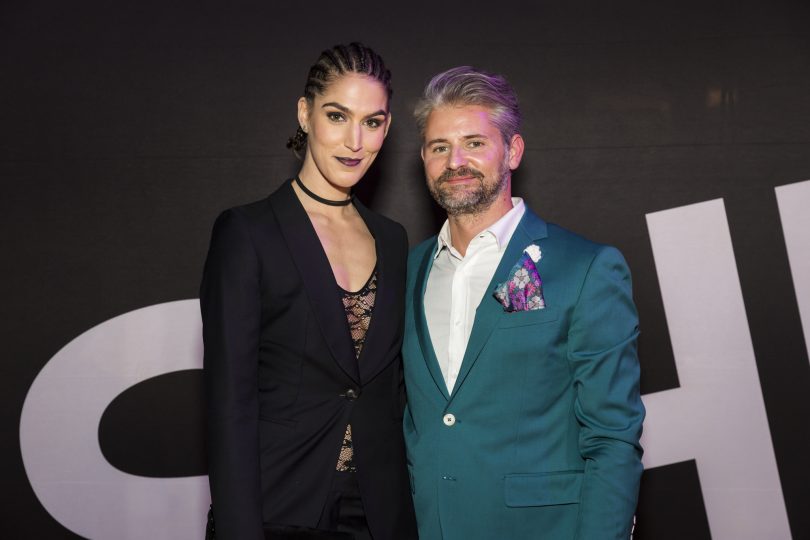 It’s cocktail glam and elegant gowns at FASHFEST’s first show of this year. And what a perfect setting—the National Gallery of Australia.

On Monday (24 September), FASHFEST announced it will roll out the first in a series of fashion shows to be held in iconic institutions unique to the capital. The NGA fashion show, to be held 19 October, will showcase three labels—Charly Thorn Designs, Megan Cannings Designs and Maison De Challie. The same show will be held twice the same evening.

FASHFEST CEO, Clint Hutchinson, says the launch event will be followed by shows in December and February to be held in other venues of cultural and historic significance. Canberra may even see the odd pop-up show.

“When we started FASHFEST we were determined to change things up every few years to keep the show sustainable,” says Clint. “When we launched in the capital, we began in an empty industrial space at Canberra Airport. It was small and intimate. We then moved to the National Convention Centre of Canberra, transforming a huge space into something magical with state-of-the-art sound and lighting. This year, we’re hosting specialised shows in new venues that allow us to showcase beauty of architecture as well as beauty of fashion and other creative elements. It’s taken us months and months of planning to pull it all together but we’re thrilled with how it’s shaped up.”

Guests heading to the NGA show will have the opportunity to explore the American Masters exhibition as well as see fashion created by the three designers, never before seen on a major catwalk in the capital. 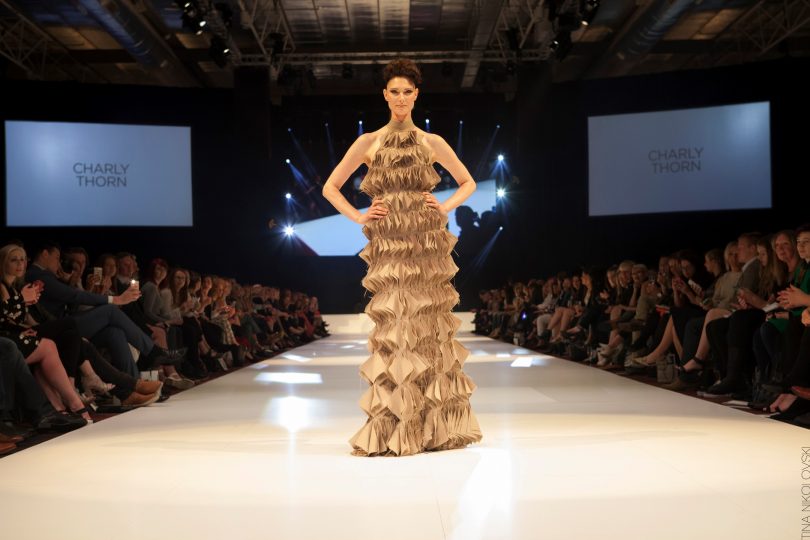 A showstopper of a gown, designed by Charly Thorn. Worn by Anneliese Seubert at FASHFEST. Photo: Tina Nikolovski.

Charly Thorn presented her first collection at FASHFEST 2017 at the tender age of 17 – the youngest designer to ever participate in the red-carpet fashion event. She returns to FASHFEST for the third time with a spring-summer collection of cocktail glam wear created with luxurious printed silks. Charly has done amazingly well since her FASHFEST debut. Her designs, snapped by official event photographers and posted on social media, were picked up by other major fashion events and Charly has since showcased at events like Vancouver Fashion Week and has completed a professional photo shoot in The Bahamas.

Fashion designer Megan Cannings will present elegant gowns and formal wear collection fresh from her New York Fashion Week show. Megan’s designs from FASHFEST were also spotted on social media and she has since shown in Milan and been accepted for Fashion Aid Sydney alongside a stellar lineup of some of Australia’s hottest designers. ‘”I love participating in FASHFEST,” says Megan. “It’s such a well-organised show and the people behind it are amazingly supportive of designers. It’s an honour to be part of it for the third year.” 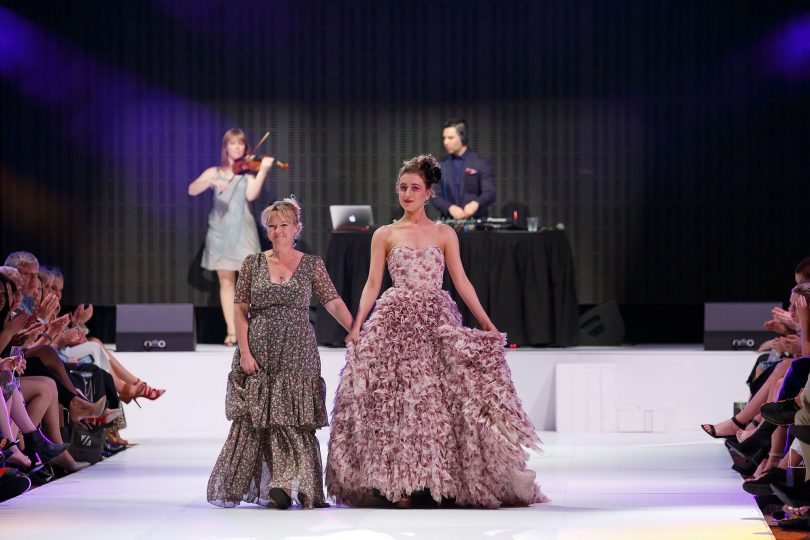 Designer Megan Cannings (left) with one of her gowns at FASHFEST 2017. Photo: Anthony Caffery.

The principal designer behind Hajar Gala Couture, Hajar Gala, will present exquisitely detailed bridal and evening gowns, some of which were shown at Paris Fashion Week and have never been shown at FASHFEST. Hajar trained formally in the French couture method at the International Fashion Academy. She runs two ateliers, one here in the capital and one in Melbourne, providing a personalised couture service for clients nationally and globally. Hajar’s talent has been awarded in Australia and met with international acclaim. Her stunning work has been featured in prestigious fashion magazines such as Collezioni Haute Couture. 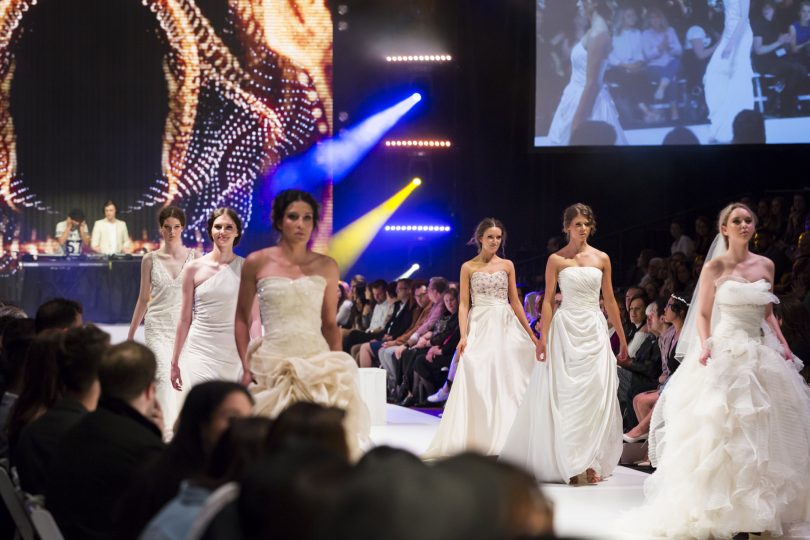 Andrea Hutchinson, Managing Director and Festival Director, says FASHFEST continues to focus on independent local and regional fashion labels, and labels connected to the capital. “We’ll always be a platform for new, emerging and more established Canberra designers and creatives across many industries.”

FASHFEST tickets will be released later this week: www.fashfest.com.au

Paul South - 3 hours ago
If it works for Portugal View
Ol L - 3 hours ago
Why listen to those who have to clean up the mess? View
Rachael Lizars - 13 hours ago
So what’s enabling the trafficking happening already?? View
Property 1

@The_RiotACT @The_RiotACT
Exploitation of Working Holiday visa holders is still rife in regional Australia and Hannah Sparks says it should be stopped. https://t.co/0aX2diaLo0 (9 minutes ago)

@The_RiotACT @The_RiotACT
The ACT Government is assessing the feasibility and potential benefits of solar and battery storage at 233 government facilities https://t.co/6YY5MmdX79 (1 hour ago)