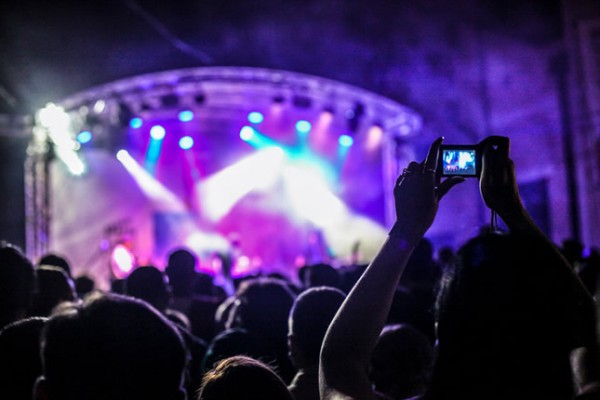 Minister for Justice and Consumer Affairs, and Mental Health, Shane Rattenbury has accused the Canberra Liberals of undermining the ACT’s democratic processes and endangering public health by using their Federal counterparts to force the cancellation of the pioneering pill-testing trial at next month’s Spilt Milk music festival in Commonwealth Park.

But an unrepentant Shadow Health Minister, Jeremy Hanson, said he had written to Federal Health Minister Greg Hunt, who is opposed to pill testing, and Minister for Local Government and Territories Fiona Nash because of ongoing legal and public safety concerns.

The festival’s organiser, Kicks Entertainment director Ryan Phillips, announced last Thursday that the pill testing would not go ahead because the body contracted to do it, STA-SAFE Consortium, had not produced sufficient documentation.

STA-SAFE believes the festival organisers, have been pressured to back out of the pill testing trial.

Spilt Milk needs a festival licence from the National Capital Authority, which is responsible for Commonwealth land in the ACT. It has denied pressuring the organisers.

Mr Rattenbury said the Canberra Liberals campaign to undermine and sabotage pill testing was based purely on ideology and not on evidence, and that the move had made the festival more dangerous for patrons.

He said the STA-SAFE Consortium had believed that the evidence, the documentation, the volunteers, the funding, the equipment and the training were all either in place or being put in place to pilot the initiative.

“No one from the NCA, the promoter or anywhere else has yet been able to explain what additional documents are required. However, STA-SAFE have committed to providing any further documents as quickly as possible,” Mr Rattenbury said.

He said pill testing had been shown to be an effective harm minimisation measure, with research showing that pill testing helped young people avoid the dangers of unknown and contaminated drugs, and enabled drugs to be disposed of before lives were put at risk.

“The evidence is clear that the war on drugs has failed and we need a new health-based approach focused on harm minimisation,” Mr Rattenbury said.

Mr Hanson said not only did pill testing send the message that illegal drug use was sanctioned by the Government, experts had stated that the tests were not foolproof and lawyers had raised serious legal concerns.

“A forensic toxicologist is on the record as saying he and other professionals were concerned about the lack of scientific debate and the lack of reliability of these tests. He stated that claims that the tests would keep people safe were misleading,” he said.

“There have also been serious legal concerns, with the area being called a ‘legal minefield.’ Lawyers have said users and conductors of these tests could face criminal charges unless the law was changed. It is not open for some people to decide the law does not apply to them.”

It also appeared that the ACT Government and the organisers had failed to notify the proper authorities to get proper permission and documentation.

“It gives me no confidence that the ACT Government can conduct a pill test if they cannot even organise basic documentation and approvals,” he said.

In his letter to the Federal Ministers, Mr Hanson notes that the NCA’s functions specify that it conducts works that are “desirable or enhance the character of the National capital”, and that “the Minister may give the Authority general directions in writing as to the performance of its functions”.

Meanwhile, how’s ‘The War On Drugs’ we blindly follow from America going? Winning that one are we?

Get over it Mr Rattenbury. It’s no use crying over spilt milk.

Finagen_Freeman - 1 hour ago
If we have to pay at the Hospitals then we sure as hell should pay at a sporting / recreational venue. Oh, we don’t pay at... View
purplevh - 2 hours ago
Being a place that helps maintain a level of fitness in its users it's cost is most likely offset by the health benefits and... View
purplevh - 2 hours ago
Paid parking out there? Can't the ACT government come up with better ways to raise revenue other than constantly slugging the... View
Opinion 267

ACT Health has reported 20 new cases of COVID-19 to 8 pm last night. Yesterday there were 35 new cases...
*Results are based on activity within last 7 days

@the_riotact @The_RiotACT
With more and more families and low-income earners being squeezed out of Canberra's rental market, Community Housing is providing solutions. @APW_ACT highlights the number of ordinary Canberrans facing rental stress and the need for more affordable housing https://t.co/xSlGC5HKMZ (42 minutes ago)