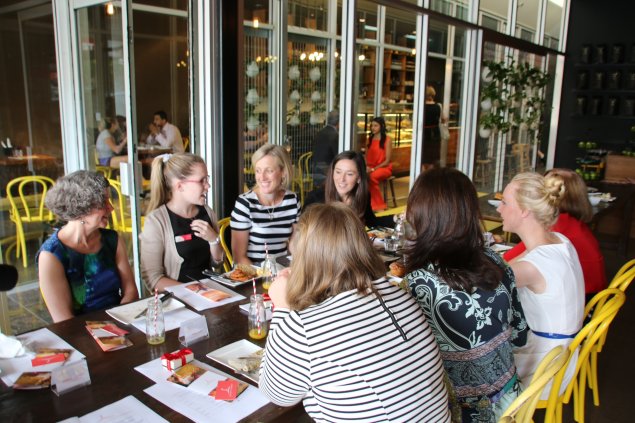 Female politicians and executives are flocking to events across Canberra today to welcome the winners of Country to Canberra’s inaugural essay competition and to combat gender inequality.

“Kicking off with an exclusive ‘Powerful Women’s Breakfast,’ the ‘power trip’ to Canberra is an amazing opportunity that brings teenage girls from rural areas to Canberra to empower them to reach their leadership potential,” Country to Canberra founder, Hannah Wandel said.

“A major highlight will be meeting the Minister for Foreign Affairs Julie Bishop after Question Time, and gaining leadership tips. The girls will also go on a behind-the-scenes tour of Parliament House,” Ms Wandel said.

“All major political parties threw their support behind Country to Canberra, showing just how important it is to invest in our female leaders of tomorrow.”

Ms Wandel says Country to Canberra aims to bridge the gap between rural areas and Australia’s capital, connect girls to mentors, and motivate more women to become leaders in their local communities.

“Distance, time and funds can also isolate rural females from education and career opportunities. Country to Canberra gives these students a helping hand.”

“As a young woman about to leave school, Country to Canberra’s ‘power trip’ has been incredibly inspiring. The lessons learned will really help me forge a successful career,” 2014 winner, Libby O’Brien said.

Country to Canberra was founded by Hannah Wandel in May 2014 with the assistance of a Great Ydeas Grant from YWCA Canberra. Through its essay competition and ‘power trip,’ Country to Canberra combats unique gender and geographical barriers faced by rural females, while strengthening links between girls and Australia’s political epicentre.

Further information about Country to Canberra can be found at www.countrytocanberra.com.au

Rob Long - 1 hour ago
The Nelson legacy, the liberal wrecking of the AWM. He systematically wrecked the joint. View
Timothy Bailey - 7 hours ago
The AWM and "ANZAC" are very powerful icons. Difficult to argue with or question. The whole 'Beersheba - last great cavalry c... View
Community 30

retep - 2 hours ago
*sourced. Geez it's a rough day.... View
retep - 2 hours ago
Applause. Thanks for your efforts. We too try to alleviate our energy use in similar ways. Also agree with your observations... View
HiddenDragon - 3 hours ago
Canberrans (particularly those without the income of a professor or an MLA) who are still absorbing the recent news about a b... View
News 4

Paul Leins - 2 hours ago
Chinmoy Misra so you're saying *you* can't maintain a reasonable speed in built up areas without some kind of ridiculous urba... View
Jeff Shapiro - 2 hours ago
Ken Owers you need an idrive adapter or buy a Mercedes View
Chinmoy Misra - 2 hours ago
Paul Leins Congratulations. You missed the point entirely.... View
Business 63

assiduous - 3 hours ago
A scheme like this is akin to rearranging the deck chairs on the titanic, as opposed to meaningful reforms, planning and infr... View
Ann-Maree Jacobs - 4 hours ago
Four tries every time The site is down ! View
News 84

chewy14 - 3 hours ago
Astro, I've literally explained what type of campaign i'm describing. A political one designed to make the opposition to the... View
Diana Napier - 5 hours ago
It's not a museum. That's the point what they are building is a ballroom for men who never had one.... View
News 66

ChrisinTurner - 9 hours ago
I had to look up stealthing on Google. Seems to have changed the whole intent of the word "stealth". The mind boggles with th... View
show more show less
*Results are based on activity within last 7 days

@The_RiotACT @The_RiotACT
Gungahlin is often seen as the new part of Canberra, but some locals have lived their whole lives there. The town centre is already big and it's still growing https://t.co/Kqq2xR1Mmm (2 hours ago)

@The_RiotACT @The_RiotACT
Opposition Leader Elizabeth Lee said she has received "a huge amount of interest" for her stealthing bill, which she says is a positive first step to raising awareness about "the existence of such a heinous practice" https://t.co/YQDtFOWLYU (4 hours ago)