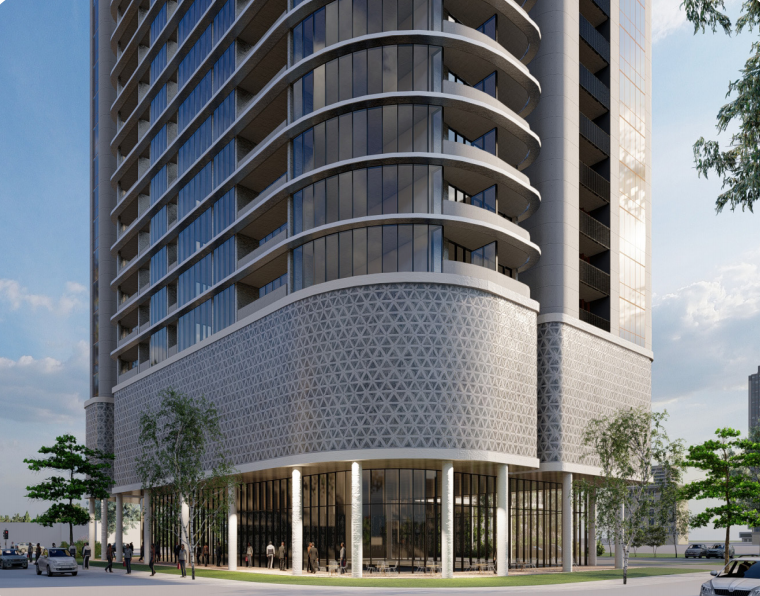 Canberra developer Zapari has reduced by a quarter the number of apartments in its planned $86 million mixed-used development on a key corner of the western side of Woden Town Centre.

The change from 400 to 288 apartments is one of several made after consultation with the National Capital Design Review Panel and the Woden Valley Community Council.

Zapari’s development application proposes an L-shaped 16-storey building that will wrap around the corner of Corinna and Brewer streets and Brewer and Melrose Drive (Block 4, 5, 7 Section 12 Phillip) opposite Westfield.

The site is currently occupied by ageing three-storey buildings considered to be underutilised and tired.

Zapari plans to transform the area and activate the street frontages, as well as upgrading the cul-de-sac off Corrina Street that serves as a car park, mainly for the neighbouring Chemist Warehouse.

It proposes a vibrant mixed-use precinct including residential apartments, double-height ground-floor retail spaces, and a rooftop garden with panoramic views of the surrounding landscape.

The ground floor consists of retail tenancies total more than 650 square metres, a residential lobby, ramps to the basement and podium car parking, services, and other infrastructure.

There will be three levels each of basement and podium parking.

Levels 3 to 14 have 23 units per floor, while Level 15 will have 12 single and double-storey apartments. 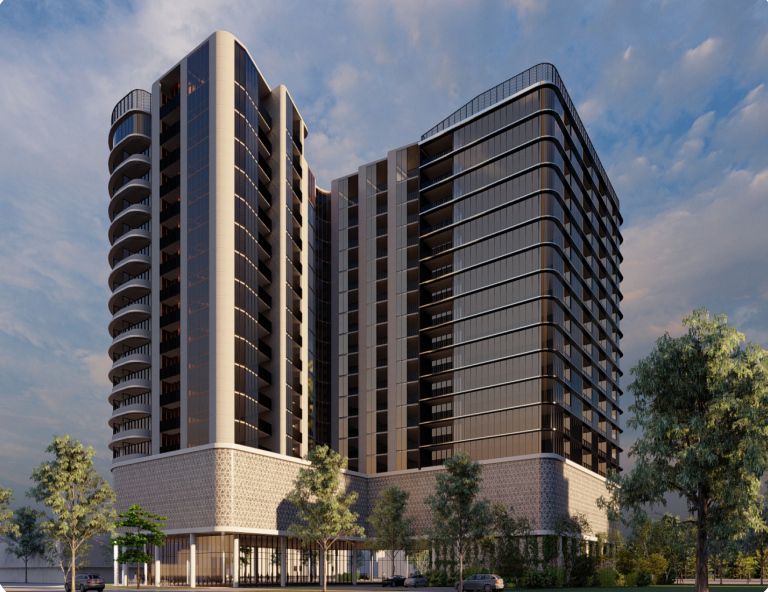 A view of the proposed development from Corinna Street. 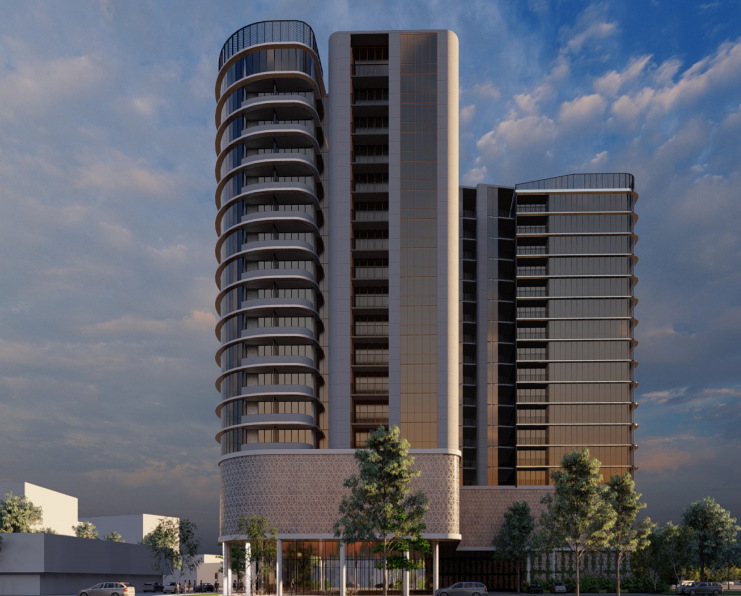 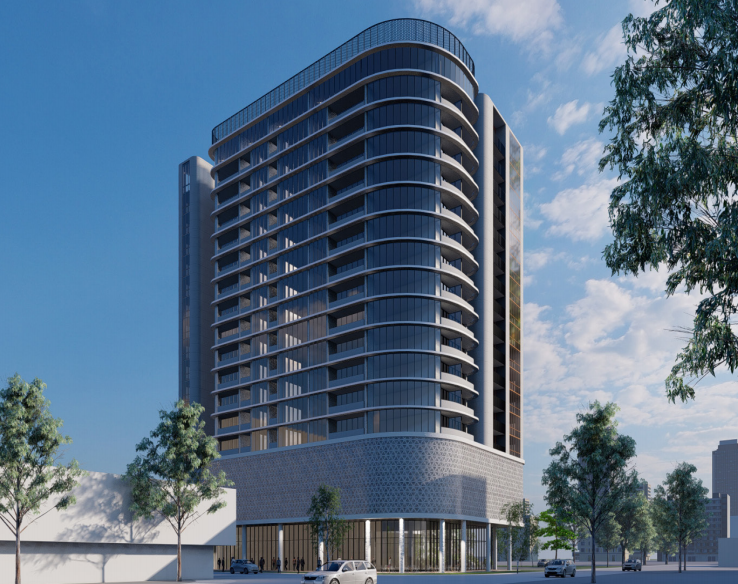 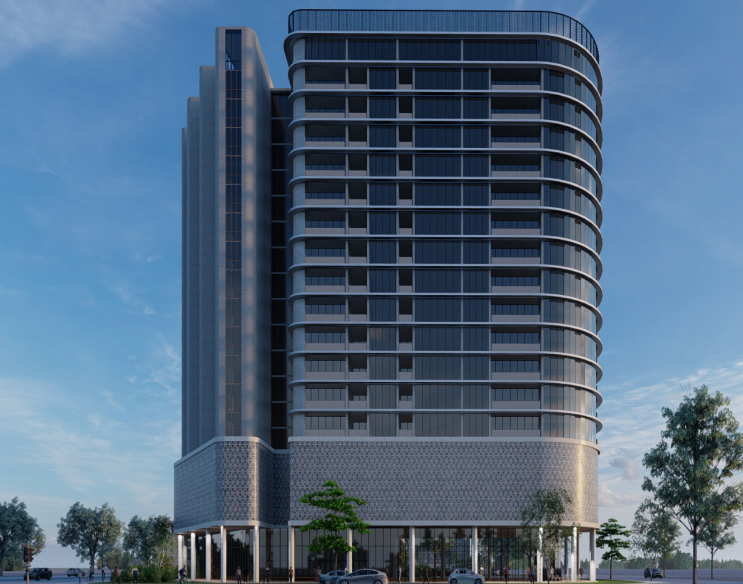 Plans for the rooftop show communal gardens, barbecue facilities and dining areas, as well as two spas and saunas.

Upgrades to the cul-de-sac to the north of Block 5 include rearranging the parking spaces and creating better vehicle circulation and access to the basement and podium parking levels, as well as ensuring room for the forward entry and exit of all vehicles, including waste collection trucks.

Zapari proposes a continuous recessed awning to shelter pedestrians from bad weather, and the company will upgrade the street verge with trees, shrubs, and seating areas and new pavement.

Brewer Street is the main access to Westfield from Melrose Drive and traffic choke point. The traffic study says the development will generate 97 vehicles per hour in peak times. It has estimated a combined total of 904 vehicles per hour from other similar developments in the area.

But the study says scenarios for the Zapari development estimated modest impacts at Melrose Drive/Hindmarsh Drive (AM peak) and for the northbound right turn from Melrose Drive into Worgan Street (PM peak).

It says impacts in the All Developments scenario can likely be mitigated through minor signal optimisations at the relevant intersections, and recommends that road network upgrades are not required to cater for the increase in traffic.

The proposal provides a connection to the existing pedestrian and cyclist paths through an accessible entry at the ground floor fronting the cul-de-sac and Corrina Street.

The DA says that more than 69 per cent of the proposed dwellings achieve at least three hours of sunlight between 9:00 am and 3:00 pm on the winter solstice, and the rest have been configured to achieve reasonable solar access for their daytime living areas.

The west-facing windows have been stepped and rotated towards the north and the glazing has been selected to limit the impacts of direct sunlight. The depth and placement of balconies also provide shading.

Time for ACT Planning to mandate a much higher percentage of large two and three bedroom apartments NOT a swathe of profit making 1 bedders.

Andrew Barr has given over key parts of the city to developers and they just don’t have long term planning in mind. Canberra should be aiming for Copenhagen or Paris style high density living in the town centres NOT Mumbai style apartments.

You may only get one chance a century to get it right.

The latest data on apartments I saw showed that we were 2nd smallest behind NSW for floor space but really it doesn’t matter all that much when the difference between smallest and largest state is only around 15%.

We also build just about the biggest free standing homes in the country and there’s more like a 35% difference from smallest to largest there.

It also makes sense for Canberra to have relatively smaller apartments on newer builds recently because of the concerted government policy to redevelop inner city areas, which naturally lend themselves to smaller, more desnse dwellings that skew the statistics. We also have had very high levels of student and university demand that has done the same.

What we haven’t had is the more organic apartment builds like other states that lend themselves to a wider variety of stock although i’m sure it will happen in coming years.

I also don’t see why the government would have a significant role in determining what developers build. Surely the market should determine that. If one bedroom apartments weren’t meeting a demand, they wouldn’t sell and the developers would make a loss. But they have been selling in previous years which is what has driven the direction.

I should also note that I think smaller apartments have reached market saturation now and you will see an increase in apartment sizes in coming years to meet a varying demand.