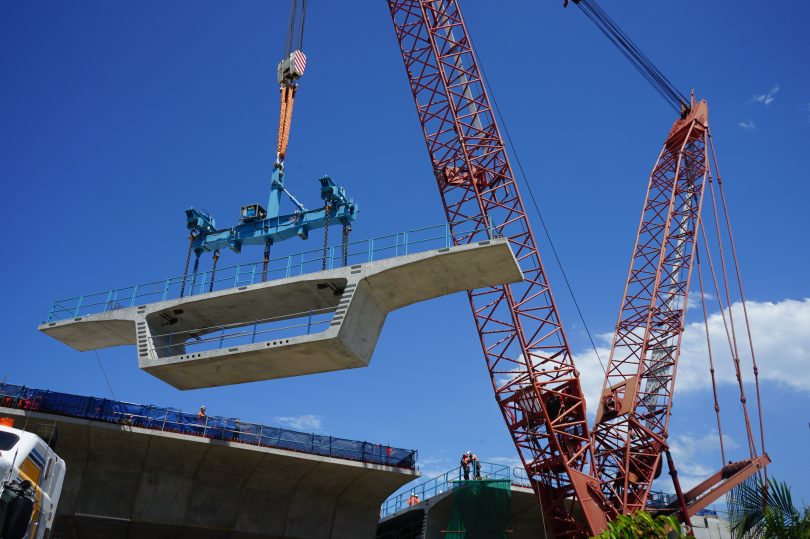 It’s taken 166 concrete bridge segments, but the last one was finally placed on the new Batemans Bay Bridge on Friday, 20 November.

“The last ‘key’ segment was placed on the superstructure of the bridge near pier five on the southern foreshore of Batemans Bay,” said Member for Bega Andrew Constance.

“This marks a major milestone for a project that will deliver a new icon for Batemans Bay, safer journeys for locals, tourists and freight vehicles, and uninterrupted access north and south on the highway.”

The project team will now finish work on the bridge deck, including installing traffic barriers and laying the road surface. The new bridge is on track to partially open to two lanes of traffic by mid-2021, weather permitting.

“The concrete segments were produced at a temporary precast facility located at an existing quarry about six kilometres south of Mogo, and significant planning was carried out to ensure these large segments were delivered safely with minimal impact to road and river users,” said Mr Constance. 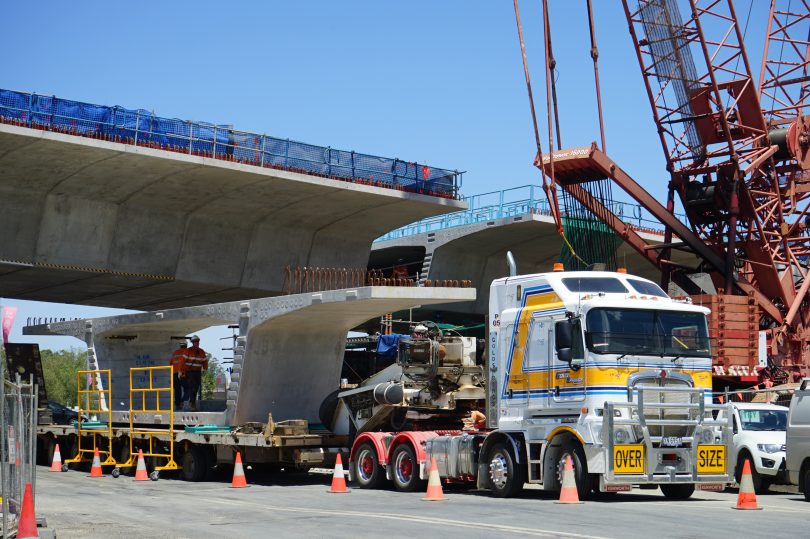 “Each concrete segment weighs between 80 and 105 tonnes and the trucks that transported the loads are 31 metres long and up to 4.2 metres wide so it was a significant achievement to complete all of these deliveries.”

Work is continuing on the new southern and northern foreshores, which will include a public artwork, a mural, a children’s playground and a new floating pontoon on the southern side.

The project is expected to be complete in 2023.

Awesome!…now all we need is for the bridge to be connected to a direct highway link to Canberra that avoids the Clyde. Canberra to the Bay in 45 minutes? Yes Please!

Amazing progress being made on this project. It couldn’t happen like this in Canberra.

It would if it was rainbow coloured and all the legless lizards – oops, I mean handi-capable lizards – were all accounted for.

Sure it could. But it’d fall down a few weeks later.