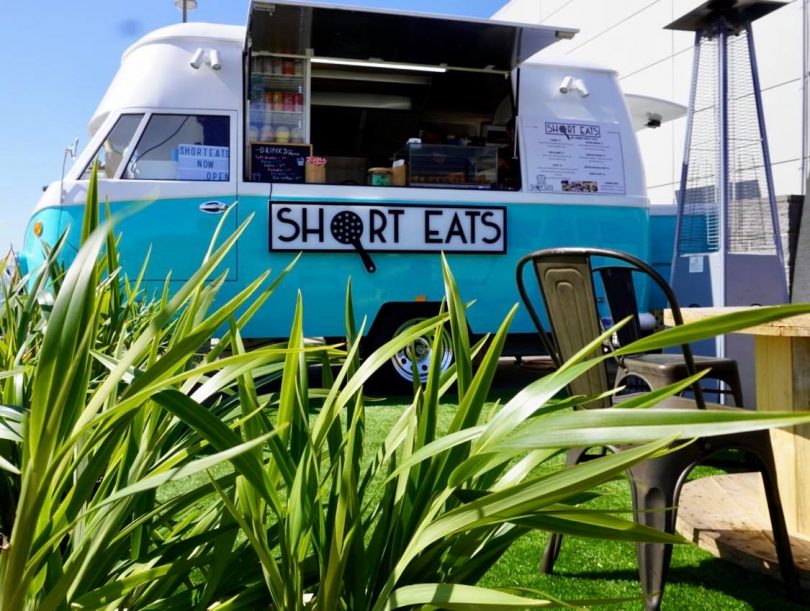 I am thrilled when I spot the shining blue beacon that is the Short Eats Sri Lankan Food Van atop the car park at Westfield Belconnen.

Living on the Southside of Canberra and being a creature of habit, I rarely venture to that side of town for shopping and when I do, I always park in the same underground spot.

When I heard there was a new food van operating in the open-air car park at Westfield Belconnen run by the family behind the much-loved award-winning Sri Lankan Melbourne restaurant Cinnamon, I decided it was worth getting out of my comfort zone.

Since it is Canberra, the lunchtime commute was a leisurely 10 minutes. Instead of turning into the car park off Benjamin Way as I usually would, I veered towards the Lathlain Street entrance just near the bus interchange and there it was.

Owner Michael De Silva has packed a lot of history, nostalgia and flavour into the newly converted Short Eats Volkswagen van. Having qualified as a cook at the age of 16, Michael has spent every day since in the kitchen, honing his skills and the art of Sri Lankan cuisine at his family’s many Melbourne ventures and restaurants.

“I have been in the kitchen ever since I was young. I always enjoyed the fast-paced, at times chaotic environment. All through school it is what I wanted to do. Cooking allowed me to do what I wanted and be who I wanted. It allowed me to question things, experiment and figure things out,” said Michael. 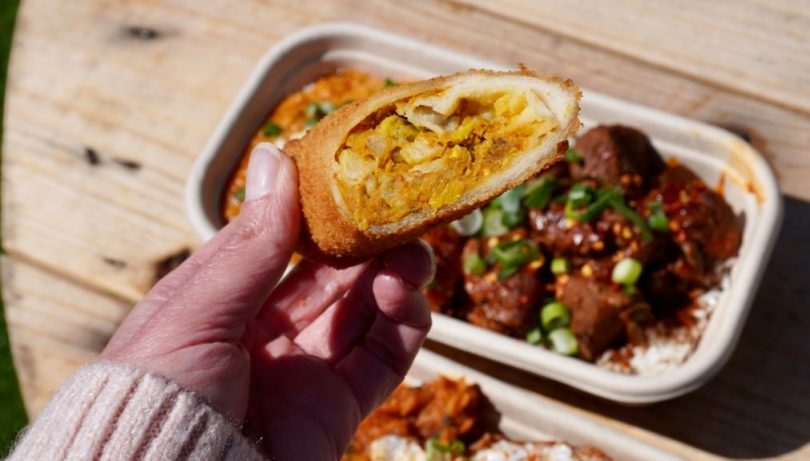 A perfect snack or Short Eats, a Pan Roll with Fish.

While love guided him to make the move to Canberra, his passion for Sri Lankan food steered the path to open Short Eats. The menu is a homage to classic Sri Lankan street food while the name, Michael explains, celebrates all things pastry. ‘Short eats’ in Sri Lanka is a pastry snack, usually a savoury item that is stuffed and fried.

As Michael explains, it’s also a bit of nostalgia from his childhood.

“I remember eating them after-school along with a nice cold ice Milo. The version we serve is a Pan Roll, sort of like a Chiko Roll but so much better. Essentially, it is a crepe with a savoury filling that is battered and fried. We make different varieties including one with lamb, chicken, fish and vegetables but, generally, they all have a potato curry base.”

And that is exactly where I start for my first taste and introduction to Short Eats with a bite of a fish Pan Roll. Crisp on the outside, it packs a lot of flavour into a small package. 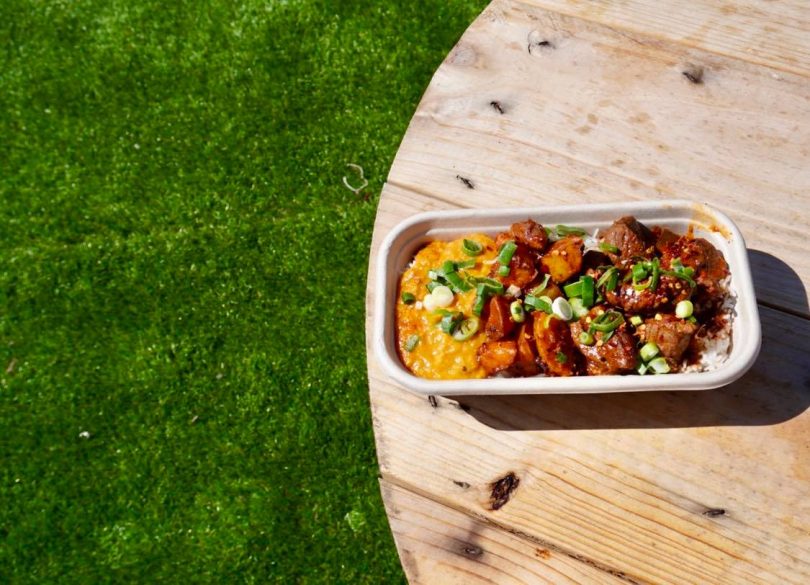 A popular menu item is rice with a choice of three curries.

While I ate mine on-site at the tables and chairs provided, I made a mental note to buy some takeaway as the subtle spice would lend itself nicely washed down with a glass of wine or beer on a lazy afternoon at home or on a picnic.

Next, I try the Kottu, a superstar of a dish fulfilling all my carbohydrate desires.

Kottu, Sri Lanka’s most famous street food, has cut up roti, stir-fried with carrot, cabbage and curry of your choice, topped with spring onion, capsicum and a fried egg. The roti looks like ribbons and takes on an almost noodle-like quality in the dish. It is very aromatic as Michael employs traditional methods to make his curry powder, individually roasting and grinding over 11 ingredients. 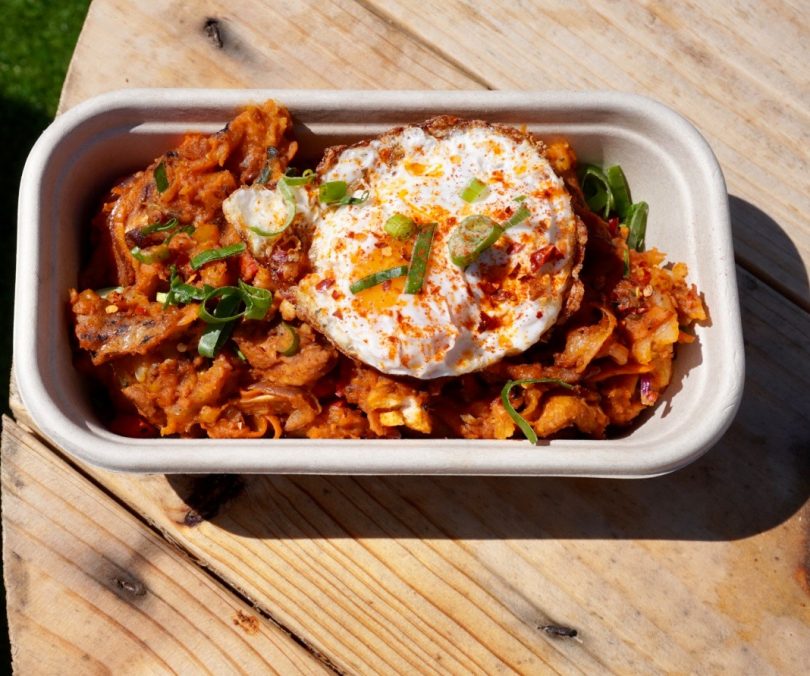 Kottu is a superstar dish with cut-up roti.

It is also a dish that is quite a spectacle to watch being made as each order is prepared separately on a hot grill using long metal utensils to incorporate the cut-up ingredients. The process is quite rhythmic and musical as the metal hits the grill repeatedly. On Saturdays, Michael plans to take the cooking of Kottu out of the van and setting up a separate grill station so customers can watch the process.

Shorts Eats will be at Westfield Belconnen until January 2021. Find them at the top of the Lathlain Street car park from 11:00 am, seven days a week.

Jessica Botterill I just saw this
We are in

Just had it for dinner – took us all back to our Sri Lanka trip this time last year!

Wish he would stay!!! His food is amazing

Kirsty Ross where is he going?

I know who runs it

Kamini Devenny for sure 😁

Sophie – we’ll go when you next visit

Do u have a new business Cecily ? 😂

James Layman check this out

Harriet McIntosh ohh I didn’t know that’s what it was – it’s weirdly in the Westfield car park. Sounds yum though

Daniel Lesky, check it out?

Jason Malcolm yum, well I do have some few time over the next few days 😃 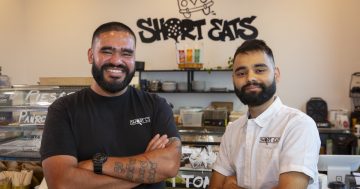 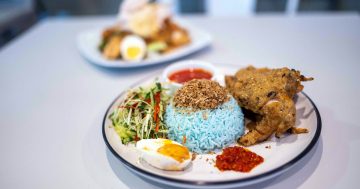 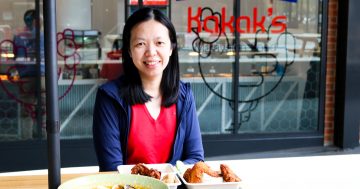 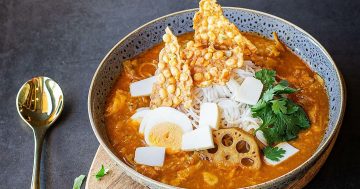 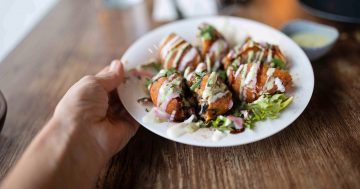 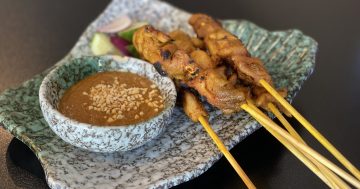 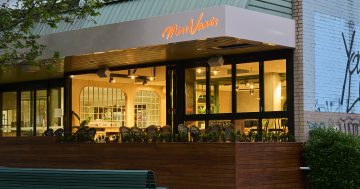 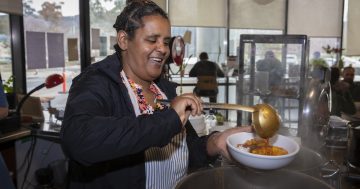 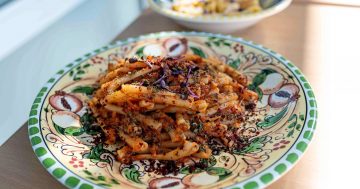