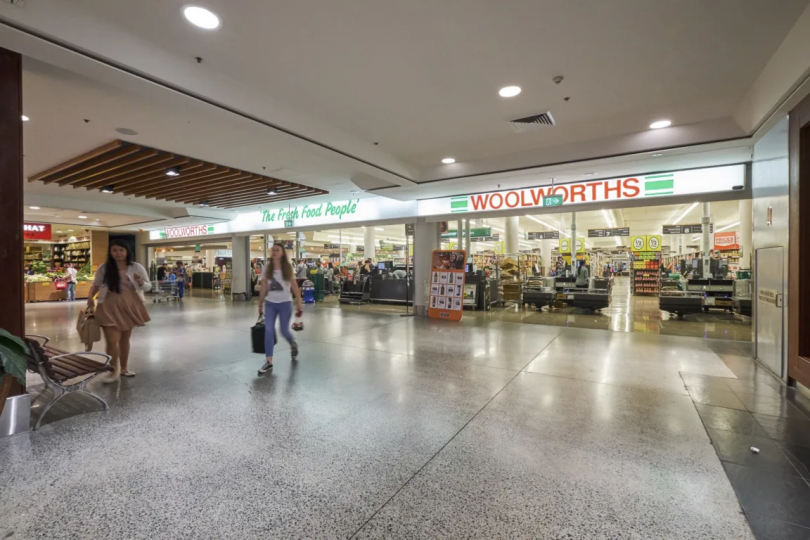 For one hour every Tuesday morning, five Woolworths supermarkets across the nation’s capital will go quiet.

Between 10:30-11:30 am every Tuesday, the five supermarkets will dim the store lights, turn down the radio, lower the volume on the registers, remove roll cages from the shop floor and won’t make announcements over the PA, unless in an emergency.

The quieter environment might not seem like too big a deal for most, but for customers with specific needs and in particular autism, it will make the groceries run easier.

The rollout of the low-sensory “quiet hour”, which is sweeping across the nation, is hoping to reduce the anxiety and sensory stress for customers with specific needs. Woolworths in Tuggeranong, Calwell, Majura Park, Belconnen and Cooleman Court are taking part in the hour, along with 255 Woolies supermarkets across the nation.

The initiative was developed in consultation with disability service providers Life Without Barriers and was trialled with success at stores in New South Wales.

Life Without Barriers executive Chris Chippindale believes the hour will be welcomed by staff and customers alike.

“If you went into any Woolies store at any time of day and really opened up your eyes and listened, I reckon you will find that it is really bright and really loud,” he told Region Media. “Then times that by two, three or even four for someone who has autism, it must be overwhelming.

“The hour is so nice and calm and I know that people living with a disability will respond so well to the welcoming, non-threatening environment. It is tremendous.”

Mr Chippindale said the quiet hour gives people a way to do their shopping and increase their independence in an environment that is not stressful and overwhelming to them.

“We would certainly encourage Woolworths to think about running quiet hours throughout the day,” he said. “Quiet hour gives people with specific needs lots of confidence and it gives them the ability to shop in what sometimes can feel like a threatening environment.

“You and I take shopping at Woolies for granted but that is not normally the case for people with autism. Woolworths have really thought it through and have done a great job.”

Coles also introduced the quiet hour at its Woden store in December 2017.

Why can’t the music be turned off completely? It’s only played to for psychological reasons to encourage more buying

Danielle Dillon,our store has been doing this for quite a while now,it works well😀

Catherine Brown problem is the stores we use are doing it during the day when Liv is at daycare lol, typical!

Danielle Dillon they should trial a night time hour too😀

Catherine Brown they should at the very least do an hour a day or something to that effect.
We are just lucky Liv is a sensory seeker so grocery shops don’t bother her lol

Anabela Firman a good time for us to go shopping

Daniel Jones is he roasting me I can’t tell

Some of these comments… wow.. I hate the fact I live and my kids have to grow up around such members of the community. Grow up.

This sounds great but you cant always time it right to go shopping with your children. Kids are kids and most mums do their shopping in the day or straight after school, as that is an easier time as kids are already in the car. Have your quiet time by all means but dont go restricting parents from taking children shopping. What about the single parents they have their children with them 24/7. I am not a young single mum but nearly 72 and i wouldnt go shopping in a quiet time because the stores are darker, harder to read the labels and also other safety factors. You would also have to watch your security as well. Just commenting thats all.

Also Queanbeyan – not in Canberra I know, but close enough to it and helpful for those that live over the border 😊

Pete Francesca imagine if coles did this. 😂

Sabrina Potts connor would squirm and itd be hilarious

Shlee Mihailakis first Qatar airport, now woolies.. hope no one loses their child and they ban announcements 😂 (side note, I’m all for this)

Hedda Wilson Do VIC Wollies ever do this? It would be great if they did it for you ! X

But we need more than one hour a week

Woden Woolworths has been doing Tuesday quiet hour for months. Where’s our mention?

All that noise that we encounter as we move around is not only a challenge for people with special needs. I wish they would turn it down permanently.

It would be great if the kids would be quiet then as well. I hardly go to supermarkets but had to yesterday nightmare with screaming kids all round!

Mary Giacca just imagine how our parents would have fixed us being shits anywhere, did it hurt us.

Mary Giacca, you’re funny! forgot what it’s like to be a young parent? 😂😂😂😂

Isabel Wilks exactly we were told to sit and not move certainly didn’t run amok! My favourite is young kids playing near the airport baggage carousel with parent watching!

Grace Giacca-Embery no We made sure Dan was well occupied as a young kid and didn’t drag him around the shops all day like they do now!

They need to have a few kid free hours as well

Sounds awesome. But I so think they’ll find EVERYONE wants to use the store then!

This helps me exponentially

Coles have been doing it for months. With 2 kids on the spectrum I think it is a great idea. I wish they started doing it years ago. But I am glad they are doing it now. it is really nice to have the quiet time.

Leanne Hermes so I hear, but there is no advertisement of when that one tiny quiet hour of joy is ,,😥

Pamela I think it was 10:30 on Tuesday in Woden. I am going in later in the week and I can check.

Supermarkets can be a nightmare for me. I have bipolar disorder & noise hypersensitivity is a major symptom. Thanks Woolies!

To those who left a laugh emoji, you don’t have to have anything wrong with you or be “autistic” to find screaming kids and loud conversations both irritating and aggravating. I think this is a great idea, and should be extended to five days a week three hours a day.

They missed that woden is also doing this

Unmm,how do they plan to keep children quiet , nice premise though 😁

Don’t bring them in that ONE hour of the day maybe?!

Johno Bakker don’t bring your kids during those times?

In a quiet enviornment many childre would be much happier and less disruptive.

Michael Blythe as if some parents have a choice when they can go shopping. Are you kidding me?!??!!

Brooke Sillis exactly,that’s just the way it is kids will be kids 👍

Doris Andrews I have PTSD – exaggerated startle response and hyper-vigilance.The sound of distressed, crying children, triggers my flashbacks. Please consider that people like me literally have no other time when they can go, and please don’t bring your children.

the hell lol don’t bring your children 🤣😂🤣😂🤦‍♂️🤦‍♂️🤦‍♂️pretty sure Woolworths and Coles both do online shopping ..! Comfort of your own home🤷‍♂️🤷‍♂️ Bec could you imagine being home alone with your 2 babies and needing to shop but people want dead silence haha I hate shops that are quiet and have no music or anything.

Bek Clark I’d rather do online shopping. Crying kids could be anywhere outside the supermarket. Not many are just a standalone supermarket.

Aaron Anderson so people with kids apparently don’t have access to the internet to shop online instead of HAVING to be in store during the quiet hour?!🤦🏼‍♀️🤦🏼‍♀️🤦🏼‍♀️ Your point invalidates itself.

Caitlin Strain no so people with kids shouldn’t have to be banned for an hr because of noise issues they’re kids ffs lmfao 🤣😂🤣😂 society of today..!!! 🤣😂🤣😂🤦‍♂️🤦‍♂️🤦‍♂️

Caitlin Strain ,my point was quite clear if you can read, kids will be kids and I don’t see how the shop can do anything about it !

Aaron Anderson they aren’t banned…. it’s encouraged to try and shop at other periods of time. What’s so wrong about a person with a disability wanting to be able to carry out a normal everyday task like grocery shopping? Banging on about society, when you’re being one of the ass hats who make it difficult for others. 💁🏼‍♀️💁🏼‍♀️💁🏼‍♀️

Why can’t they do this all the time?🤷🏻‍♂️

Would be more useful if it was at a useful time.

Wish they did that all the time.

So awesome! Thanks Woolies!

Great start – but only 1 hour though. Should be at least 4 hours to enable people who need this to get there

Definately should be longer. I am interested to know why they cant be quiet all the time.

I support the move but they can’t do it all the time because they have to stack shelves and promote the business which is loud work. I’m sure they’ll roll out more hours once they have data to work off. One step at a time.

Hugh Mungus McLauchlan is people are so sensitive to noise then perhaps shopping from the comfort of their home is an option. We can’t sanitise everywhere because people have issues with noise.

This is great! Supermarkets can be so overwhelming and over stimulating for some! 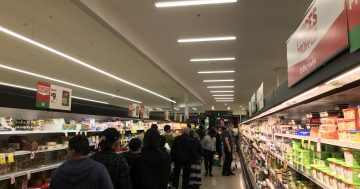