Fleeing the hoodies into Charnwood

ACT Policing is seeking witnesses to an attempted aggravated robbery which took place on Tuesday night (May 22) in Holt.

Around 8.30pm a 15-year-old boy was walking along the path between De Mestre Place and Powell Street in Holt, when he was confronted by two teenage boys.

One of the teenagers threatened the boy with a knife before demanding the victim’s money and phone. After the victim told the teenagers he had no property with him, he managed to run from the area.

The victim ran towards Charnwood with the offenders giving chase. At the intersection of Handcock Crescent and Florey Drive, a passing motorist stopped to assist the victim, however the victim continued to run home without speaking to the motorist.

The first offender is described as being Aboriginal in appearance and around 18-years-of-age, with a slim build. He was wearing a black hooded jumper, grey tracksuit pants and black canvas shoes.

The second offender is described as also being Aboriginal in appearance and around 18-years-of-age, with a slim build. He was wearing a grey hooded jumper and grey tracksuit pants with a black adidas logo on the right thigh.

Acting Superintendent Peter Davis said that the actions of the passing motorist greatly assisted the victim in not getting assaulted or harmed by the offenders.

“The actions of the motorist need to be praised, and I’d urge that person to make contact with police on 131 444, and if possible provide a statement about the incident.

“In cases like this, we need the assistance of the community in identifying the two offenders.” Acting Superintendent Davis said.

Anyone who may be able to assist with the investigation is urged to contact Crime Stoppers on 1800 333 000 or via the website at www.act.crimestoppers.com.au. 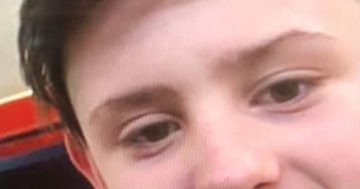 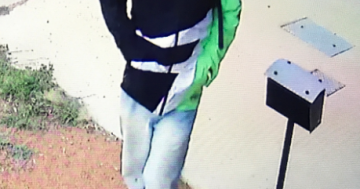 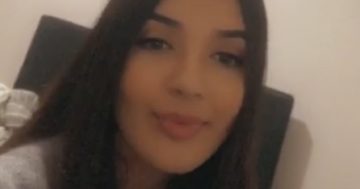