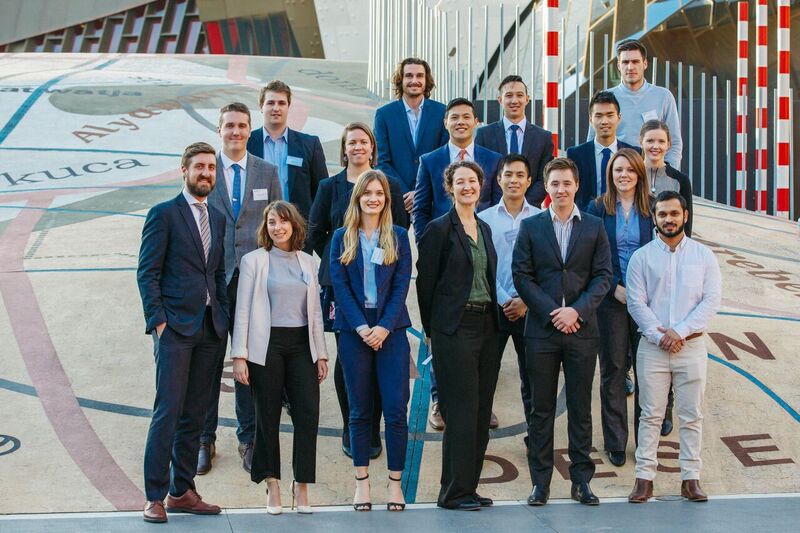 Imagine this: you’re not long out of university when you’re asked to find solutions for a problem described as “diabolical”. You’ll work with people you’ve never met. You have a few months to find answers for something the industry has tried to crack for years.

When the team who won this year’s Smart Seeds innovation challenge for ACT young professionals were told to sort out the next stage for the Canberra Airport’s development, they saw it as a “massive, nerve-wracking challenge.” But their Flying High plan to develop a regional agri-business freight hub won both the competition and the airport’s attention.

The airport’s Head of Property Richard Snow acknowledges this is a long-term issue and was impressed with their ideas. “The team presented a two-step proposal, firstly to create a farmers market at Majura Park to build exposure to the airport,” he says.

“While we’ve been focussed on freight as a key part of our business plan, we hadn’t considered that option for community engagement. You do need a critical mass of growers – one business alone won’t be enough for a freight line to take a risk on landing an aircraft and filling it.

“Their second component was to create a clearing zone for produce here. The problem currently is, you don’t get paid until the goods clear at the other end, so it’s a bit of a chicken and egg situation for producers.”

Canberra Airport is on track to become an agri-business hub, thanks to an innovative group of young professionals – and it's great news for local producers. The team has unveiled ambitious plans to export regional produce, set up a farmers’ market at the airport, and become an air freight hub to deliver products to market. Press play to find out more or visit http://ow.ly/b7CH30l6vcD.

Nathan Bevan from Pakfresh agrees about Canberra’s opportunities. His company handles 100% of South Australian perishable exports to Singapore, Doha, Guangzhou, Kuala Lumpur and Dubai and identified Canberra as a prime expansion site. “The people at the airport are pretty innovative. Geographically it’s very well positioned for the future but under-utilised at the moment.

“Singapore Airlines offers fantastic arrival times from here. You can get the product value added and delivered to the airport for clients, but the whole network needs to develop further by engaging with local producers.”

One of those producers is Pialligo Estate, who have exported their bacon, sausages and smoked salmon into Asia. General Manager Charlie Costelloe says that our reputation for clean, green, high-quality food represents a substantial opportunity for the Capital Region.

“But if you’re a mum-and-dad operation managing the farm and picking the fruit, they don’t have resources to sit down and research international marketing and transport. We need a coordinated effort where people have experts to help them along the way.”

Costelloe, whose cooking academy at Pialligo is currently hosting nine Chinese chefs, is a big believer in building core relationships along the line. He sees regional freight as a potentially significant employer throughout the allied industries, adding, “If we can get this working in Canberra, it will just get bigger and bigger.”

Kate Healey, whose team developed the Flying High plan, works at Brindabella Business Park with KPMG. “I could see where opportunity was”, she says. “We met with stakeholders to understand their challenges and did plenty of research before we landed on the agri-business freight industry. It resonated with the airport group and producers.” 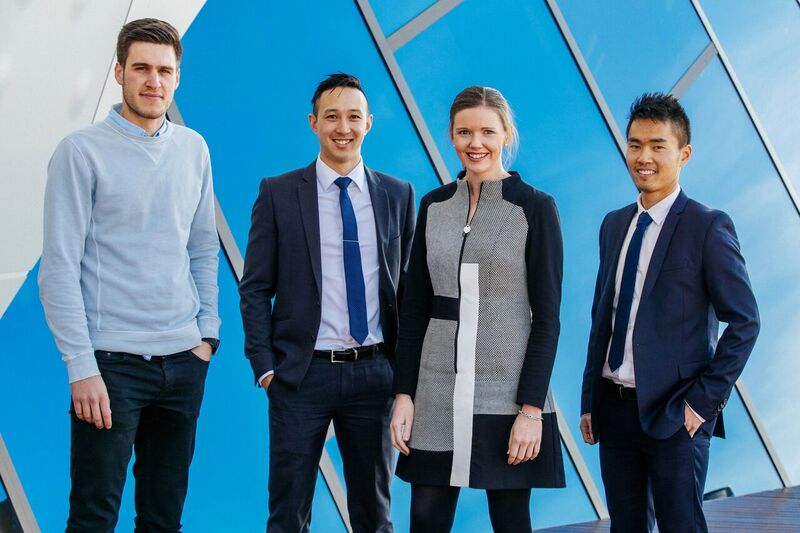 Kate says that while it was challenging to develop big ideas, input from business leaders and a meeting with the Commissioner for International Engagement, Brendan Smyth, were very positive. “They were so receptive, friendly and open. Because the Smart Seeds competition problems are happening here and now, industry leaders are keen to hear what young people are thinking.”

It’s an outcome that gladdens the heart of May Ngui, who heads up the programme for infrastructure specialists GHD, and her colleague Ken Snell. A Smart Seeds priority is encouraging unfettered, high-level thinking, not usual for early career professionals. Ken uses the analogy of an architecture student, working their way through university, first designing houses, then apartments and shopping centres, only to roll into their first real job designing the toilets.

“We want Smart Seeds challenges to be difficult. Young people respond to meaningful tasks, where older people will put them in the too-hard basket. We’re after stuff that is deliverable, necessary and worthwhile for the community. Flying High wasn’t a Canberra-centric project, it was far wider thinking. They saw major regional potential and lasting benefits. That’s a pillar for GHD too, and meets our wider brief on regional development.”

So, would the airport give the winners a job? Richard Snow chuckles at the question, and says the Flying High team was “very bright, very impressive.”

“If you give people a chance to think big, you’ll be surprised what they come up with. Every business can take away something by providing that opportunity.”

HSewell - 2 hours ago
Good result View
JS9 - 2 hours ago
Not many decisions of the planning authority deserve endorsement, but ignoring the NIMBYism on this one does. it is absolutel... View
Opinion 1

Heavs - 2 hours ago
This just in - Government is not responsible for handling advertising and marketing for private developer. More news at 6.... View
News 2

Karen Feng - 4 hours ago
is this an indication that we do not have enough land fornthe wildlife to thrive? theres this road from holt to Fyshwick that... View
News 2

A_Cog - 12 hours ago
Should the ACT get its own police force? NO! It'd be run just as badly as every other ACT Govt service. Instead of buying ser... View
News 18

wildturkeycanoe - 14 hours ago
I'm still waiting for surgery, almost up to my "expected" 365 days on the Category 3 list. This is after initially waiting fo... View
HiddenDragon - 16 hours ago
This year's Annual Rates Assessment Notices tell ratepayers that 31% of rates payments go towards funding the health system -... View
Opinion 110

chewy14 - 14 hours ago
Russianafroman, I go from being called a right wing nut job to a Socialist Comrade in the space of a few stories these days.... View
russianafroman - 18 hours ago
Capital Retro I don't watch or listen to the ABC. But it wouldn't surprise me. View
Jose Black - 2 days ago
The ACT Greens have a major policy on supporting the community sector (including youth and mental health services) and giving... View
ACT Election 115

Reno Minopoli - 16 hours ago
Clinton Berry which part of "Three decades’ population growth "needed" do you not understand? Kids that grow up replace tho... View
Capital Retro - 17 hours ago
Well, I can't speak for everyone but I have certainly always "paid my own way". In the early days of SMSFs the deductibility... View
ssek - 17 hours ago
The greens and pretty good economic plan are an oxymoron. View
Property 1

Capital Retro - 18 hours ago
Coffs Harbour has The Big Banana, Tamworth has The Big Guitar, Canberra will have The Big Battery. View
News 47

@The_RiotACT @The_RiotACT
Work has started this week on the new City West Bus Layover in Turner after the planning authority approved the development application despite concerns from nearby residents about a lack of community consultation, loss of parkland and pollution https://t.co/4vUpA1Yjys (1 hour ago)

@The_RiotACT @The_RiotACT
Verity Ln Markets is meant to put Canberra on the global culinary map, but Zoya Patel isn't convinced. Is this another example of trying to shoehorn Canberra into some vision of a city that is isn't? https://t.co/uQA6HUAJZg (3 hours ago)

@The_RiotACT @The_RiotACT
It’s a great week for live music with CBR’s jazz musicians stepping up as shows become increasingly sit-down affairs. Our #GigGuide has all the details https://t.co/LYnIt6PXE5 (13 hours ago)