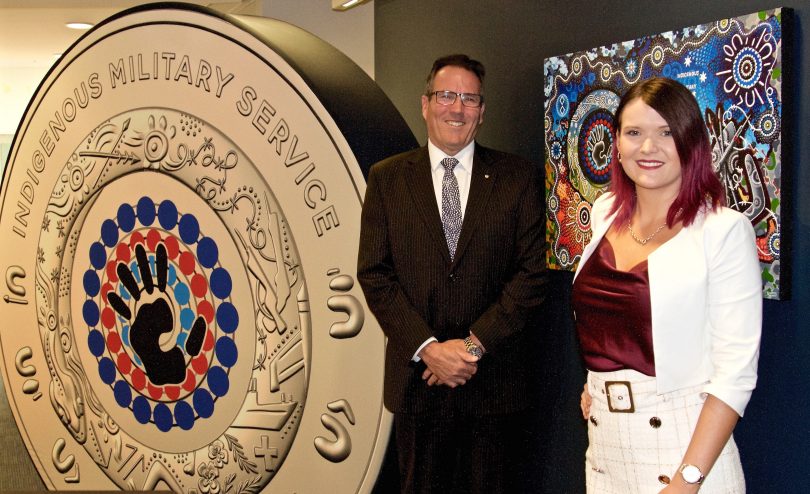 The journey of Indigenous men and women who have served in the Australian Defence Force (ADF) has been captured by an Indigenous artist in a unique coin that will soon enter circulation.

A serpent on the coin marks the long-standing service of Indigenous Australians in the military since Federation.

The $2 coin will also be available as an uncirculated ‘C’ mint marked version for collectors on 1 April.

The design of the coin is rich with Indigenous and military symbols that represent the Aboriginal and Torres Strait Islander people who have served in the ADF.

Aboriginal artist and Kalkadoon (Mt Isa) woman Chern’ee Sutton has a lengthy association with the military and travelled from her home in Bundaberg for the launch of the coin.

Now 23, she entered and won her first art competition 10 years ago and has since been a prolific artist including having her paintings used on Indigenous football jumpers in the National Rugby League.

“I am incredibly honoured to have designed this significant artwork that recognises my brothers and sisters who have bravely fought in every conflict Australia has been involved in, and it’s great to see that finally acknowledged.

“It is a timely tribute to their sacrifices made for all of us,” she said. 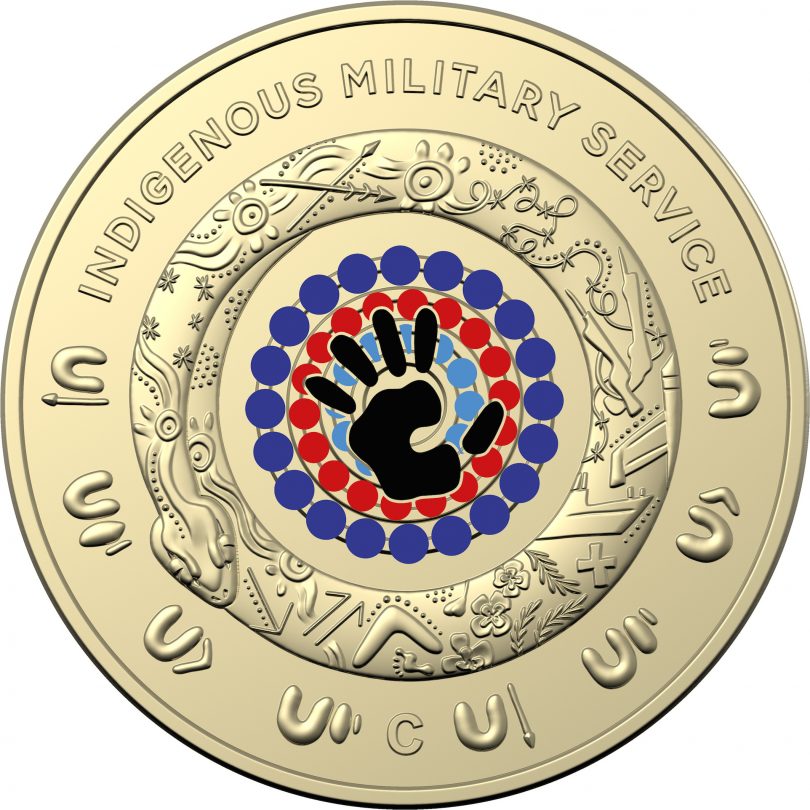 Ms Sutton has also had numerous artworks used by the Australian Defence Force including a painting that last year represented women in the military as part of Defence’s Reconciliation Action Plan which featured her artwork at the Australian War Memorial in 2019.

The painting was completed at a residency in the athletes village for the 2018 Commonwealth Games when competitors and dignitaries from around the world placed their fingerprints on the painting.

“This coin has been close to two years in the making so it’s a huge honour to see it here with my artwork today, as I had to get a few permissions from the Defence Force to use certain parts in the artwork and the coin,” Ms Sutton said. 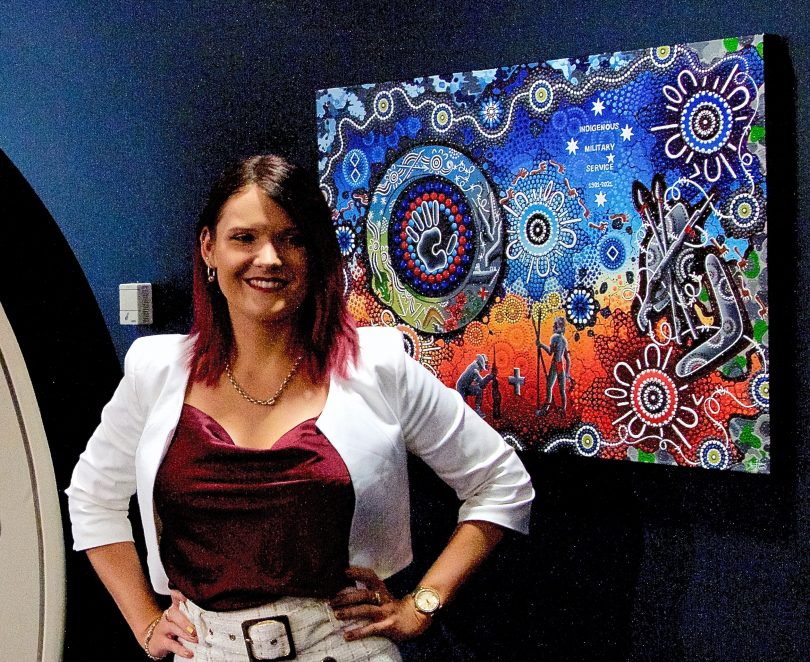 Indigenous artist Chern’ee Sutton in front of her work which inspired the coin. Photo: Michael Weaver.

Mint CEO Leigh Gordon said the importance of recognising Indigenous Australians who have served in the military was an important step towards reconciliation.

“With this coin, the Royal Australian Mint acknowledges and celebrates Indigenous Australia’s long-standing tradition of serving in the military,” he said.

“Having served in every conflict and commitment involving Australian defence contingents since Federation, including but not limited to Gallipoli, Kokoda and Vietnam, the strength of Indigenous service has been a constant throughout Australian history.”

Featuring a black hand print in the centre and surrounded by three rows of dots in the colours of the Defence Forces Tri-Service Flag, the colourful $2 coin will be released into circulation in the coming weeks.

For those looking to keep the coin, a limited edition uncirculated version is available to purchase from the Royal Australian Mint, the eShop or the contact centre (1300 652 020). 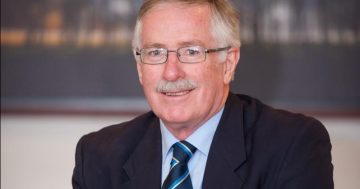 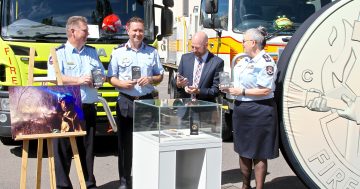 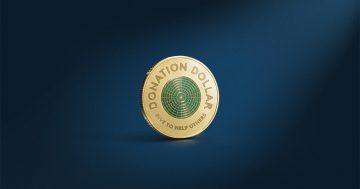