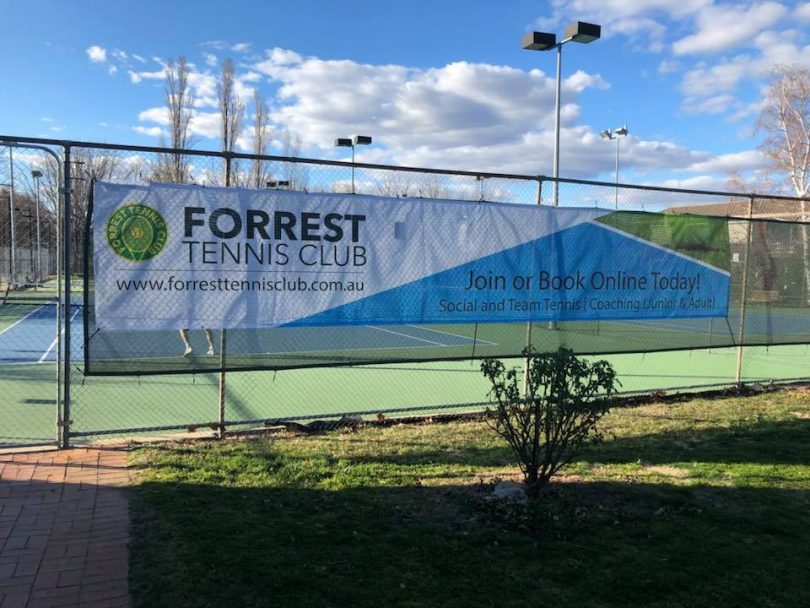 Two survivors of child sexual abuse committed at Forrest Tennis Club in the 1980s have publicly come forward to urge the club to sign up to the National Redress Scheme, while the ACT Victims of Crime Commissioner described the club’s failure to do so as “extremely concerning”.

The victims’ abuser, former coach John Cattle, was last year sentenced to prison. The club was one of only three organisations nationally that failed to sign up after the government introduced a range of penalties in June.

In a statement released through Commissioner Heidi Yates, the victims said they were speaking out because the club has now failed to demonstrate either accountability or responsibility for the crimes which occurred within its walls.

“We are speaking out because Forrest Tennis Club, despite knowing that crimes were committed on their premises more than 30 years ago, and despite a criminal conviction of their contracted coach, has failed to demonstrate any accountability or responsibility,” the victims said.

The victims said the abuse, which began 38 years ago, had taken a significant physical, emotional and financial toll on them.

“Despite this, we consider ourselves lucky to have survived child sexual abuse. Many victims did not survive. We see it as our duty to do everything we can to ensure all victims of abuse are given a voice and an opportunity to heal and survive their ordeals,” the statement read.

Ms Yates said the club’s failure to sign up was sending a disturbing message to any parent, child, or young person currently involved in the club.

She also expressed a concern that the club may be approaching the issue somewhat defensively, “as if they are on trial for the abuse itself”.

“The former coach has already been convicted, so it really is time for the club, from an ethical perspective, to acknowledge the harm done to the victim-survivors and their families,” she continued.

READ ALSO Tempting as it is, now’s not the time to play the COVID blame game

She said it’s no longer an argument about liability, instead saying the community has the right to expect that any sporting organisation in a position like this would acknowledge the past wrongs and get on with taking practical steps to minimise the risk for current and future young players.

Blue Knot Foundation president Dr Cathy Kezelman explained that the National Redress Scheme had been intended to provide monetary redress and some meaningful acknowledgment, such as an apology, for people who have experienced institutional child sexual abuse.

Institutions were expected to sign up to make the process easier for survivors.

In June this year, the Federal Government publicly named and shamed the Forrest Tennis Club, making the club ineligible for any government funding.

A Forrest Tennis Club (FTC) spokesman reportedly told the ABC that the club has been engaged in talks in recent times with officials from the National Redress Scheme to better understand the complex process and implications of signing up.

The spokesman also said the committee had not previously been in a position to sign up to the scheme before the NRS-imposed deadline.

“The club has not ruled out joining the scheme, and we will continue to engage constructively with the NRS.

“For legal reasons, the club is not able to comment further publicly on this matter,” the statement read.

However, both Ms Yates and Dr Kezelman were unconvinced by the argument, both arguing the club had had long enough to act, with Ms Yates describing it as a “smokescreen of legal reasons”.

“This will not go away. I will be watching the club’s next steps very closely,” she stated.

“It screams of a real avoidance of responsibility and more excuses not to step up to the plate,” Dr Kezelman added.

Damian De Marco, who was sexually abused by a Marist Brother as a year seven student in the 1980s, has long been a brave, vocal advocate for victims of institutionalised child sex abuse.

He called the tennis club’s response a “bit of an excuse, especially when it’s been such a long time – the deadlines have come and gone”.

Mr De Marco also said institutions owning up to past wrongdoings is meaningful for individuals and, indeed, is “why we had the Royal Commission in the first place.”