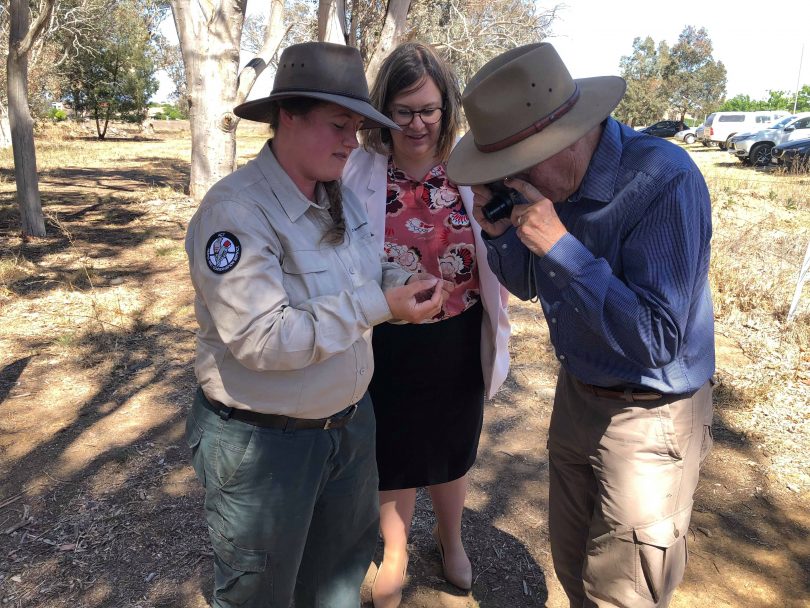 The ACT Government has moved to protect a new nature reserve that is home to threatened species in Franklin as a trade-off to the environmental impacts of an upgrade to the Yarralumla Brickworks.

Ministers Mick Gentleman and Suzanne Orr made the announcement on Tuesday (19 November) that the Franklin Grasslands would remain a reserve for native threatened species under its requirements to protect the site.

Similar to a small-scale version of the Mulligans Flat Woodland Sanctuary, the Franklin Grasslands nature reserve will offset the environmental impacts of the upgrade to Dudley Street and new access road to the Yarralumla Brickworks Precinct.

Minister for the Environment and Heritage Mick Gentleman said Franklin Grasslands is an ideal site because it supports the Natural Temperate Grassland and Golden Sun Moth, along with a small patch of Yellow Box and Red Gum Grassy Woodland.

It is also home to populations of the threatened Striped Legless Lizard, Perunga Grasshopper, Ginninderra Peppercress and provides foraging habitat for the Superb Parrot.

“We are committed to preserving what you love about the bush capital through environmental offsets for new development, unlike the Canberra Liberals who have promised to pursue urban sprawl with no conservation plan,” Mr Gentleman said.

While meeting with staff from ACT Parks and Conservation, Member for Yerrabi and Minister for Community Services and Facilities Suzanne Orr said the government needs to consult with the community to encourage nature reserves in urban areas.

“I have been working passionately on this issue with Friends of Grasslands and the Franklin and Harrison communities over a number of years,” Ms Orr said.

“Our grasslands are critically endangered, with less than 10 per cent in South-East Australia remaining in good condition, so it’s great to see a site not only preserved but improved.

“Today is the culmination of a lot of hard work and I’m really looking forward to seeing the result for our community and the environment.” 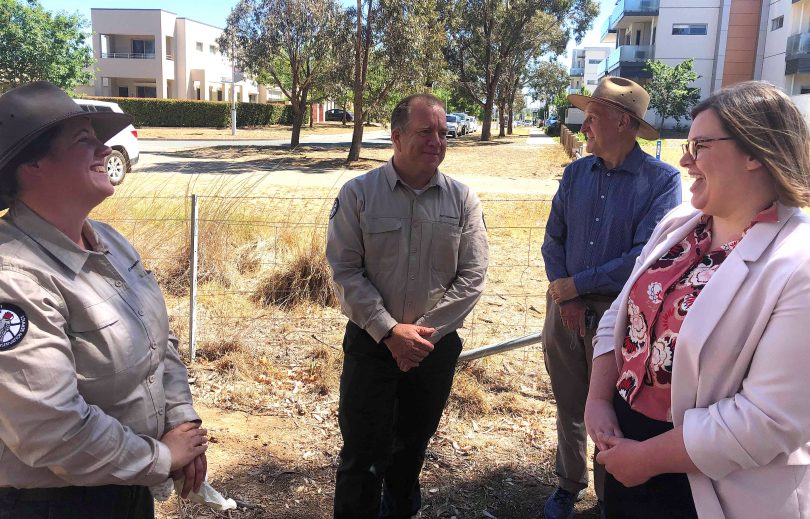 The ACT Government will manage conservation values on the site with the assistance of the Friends of Grasslands community group, which is based in Canberra.

Friends of Grasslands president Geoff Robertson said the group has been aware of the site since the 1990s and has been liaising with ACT Government to declare the site as a nature reserve.

They would eventually like to see the Franklin Grasslands included in the Canberra Nature Park, made up of 37 nature reserves in and around urban Canberra.

“It [Franklin Grasslands] will be a site where the grasslands and threatened species are protected and work is done to maintain the area’s historic and indigenous values,” Mr Robertson said. “At the same time, the public can make use of it for a number of recreational and research purposes.”

He said the Friends of Grasslands are also working with the National Capital Authority to have similar areas at Stirling Park at Yarralumla and Yarramundi Reach at the western end of Lake Burley Griffin declared as nature reserves.

“We have a number of sites where there are threatened species, so Friends of Grasslands generally does not want to see those sites destroyed. With sites like this, we can see their natural values and the community, in turn, become advocates for these areas,” Mr Roberston said.

The community is invited to comment on the proposed changes, outlined in Territory Plan Draft Variation 366, to establish a nature reserve over block 5, section 47 Franklin.

Written comments on the draft variation can be made until 20 December 2019.

2 Responses to Franklin, grasslands are worth giving a damn about
Filter
Showing only Website comments

It is a real pity the Greens don’t have any power in the ACT. Surely they are outraged at the loss of habitat for a critically endangered species and are vocally and publicly chastising the government over this decision.

I wonder how many of our Greens believe the Victorian timber industry shouldn’t be able to log any area occupied by the critically endangered Leadbeater’s Possum? Would they be happy about a similar habitat trade off done by the Victorian loggers?

Surely our own critically endangered species deserves a similar attitude towards its continued existence.

Is it a case that our own moths aren’t as valuable as an interstate possum?

Or are our “Greens” not really green but really only social justice warriors?

If the moth is critically endangered then protect it. Don’t build on its habitat.

That seems to be a rather simple conclusion to me.

Extinction may be forever but the Green’s concerns about our endangered creatures apparently isn’t.

Martin Miller - 23 minutes ago
Bill Gemmell true but then Civic has the ANU . The Gungahlin Woden route is flawed because Gungahlin residents and Woden resi... View
Martin Miller - 39 minutes ago
Ashley Wright you are incorrect .I've said for nearly 50 years . It started with the 333 from Woden to Belconnen then was ext... View
Bill Gemmell - 5 hours ago
Martin Miller clearly it is time for the Woden-Belconnen passengers to be serviced by a route that travels via Coolo, Molongl... View
Sport 35

t2owe - 4 hours ago
It's not the outdated system that's the problem, its the failure of Planning (ACTPLA) to maintain the mandated rules in the t... View
News 3

HiddenDragon - 5 hours ago
Difficult to see anything more than token efforts at decentralisation in future, but video conferencing and working from home... View
Food & Wine 27

stargazer - 7 hours ago
I agree. It’s an old fashioned bakery and the fact it’s totally family run is fantastic. They are few and far between now... View
stargazer - 8 hours ago
Stopped in and got my buns today - they were worth the drive! But I Wish I could get them on my side of town! Kids loved them... View
Sonya Curran - 12 hours ago
I'd love to! Have never been! View
News 1

Trish O'Connor - 11 hours ago
is there a phone number to call each morning to check whether the balloons will be flying. View
Food & Wine 1

Conan of Cooma - 12 hours ago
I was an extra for the final scene in this movie. Leah is not only a bloody hilarious person but also an incredibly intense a... View
Food & Wine 71

Connie Senkoe - 14 hours ago
any body heard of Librafg with Nick Gibson. Is it a scam too? View
Community 24

@The_RiotACT @The_RiotACT
Once known for its huge freakshakes, Patissez used lockdown as a chance to reinvent itself and forge an exciting new path https://t.co/vQDR61q0DX (6 hours ago)

@The_RiotACT @The_RiotACT
Looking for the perfectly located family home? Don't go past this four-bedroom property in Higgins - it's ideal for entertaining + ready to move into https://t.co/75M0QEbCnL (7 hours ago)