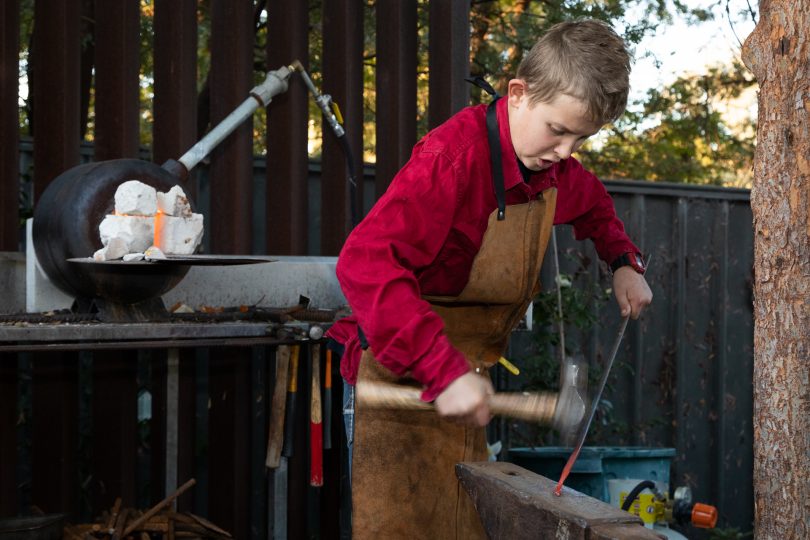 At an age when most kids are glued to their screens, Freddy Gaffey is out the back in the cubby he’s converted into a blacksmith shop working at his homemade forge.

The year seven student has set up his own sculpture and blacksmithing business, Freddy’s Forge, and already employs his younger brother Jim to remove nails from the horseshoes he uses in his creations.

So successful is Freddy’s enterprise, he’s thinking of taking on a mate as a second employee.

“I just don’t have time to do all the jobs that need doing,” he says.

At 12, Freddy has managed to do what many people more than twice his age struggle to do – he’s made his passion profitable.

Recently, he set up a stall at the Willinga Park Gold Buckle Campdraft in Bawley Point and sold 13 of his sculptures at $100 a pop, “although one of my transactions didn’t go through, so I lost that,” he laments.

“It’s been a very good learning journey. I’ve had to learn how to interact with customers, how to manage a bank account. I’m learning about business.”

Business acumen runs in Freddy’s veins. His grandfather is Canberra businessman Terry Snow; his mother, Scarlett Gaffey, runs her own private practice as a speech pathologist and his father, Stephen Gaffey, is a cafe owner, developer and investor.

But, for Freddy, business is all about finding his passion to create.

One of his first customers was his headmaster at Canberra Grammar School, who bought seven flower sculptures to display around the school.

“He’s the sort of kid that just needs to be busy,” Scarlett says with a laugh. “As soon as he gets home from school, he changes his clothes and he’s out in his workshop.

“He’s a bit obsessive. Even as a toddler, he’d get out of his pram at worksites and collect all the nuts and screws.

“His real passion is making knives, but he’s realised he can make more from his sculptures and use that money to buy the tools he needs.” 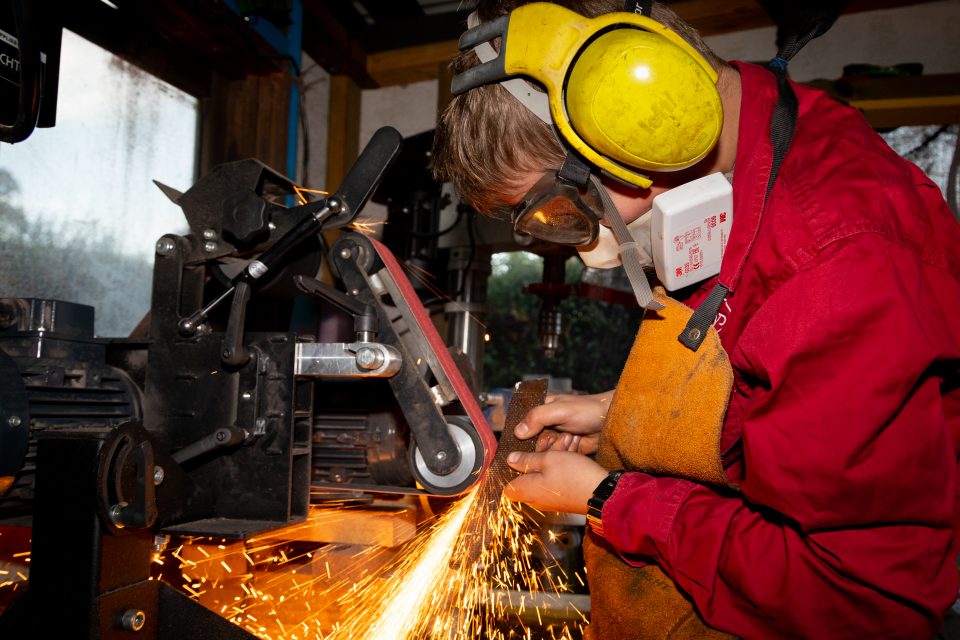 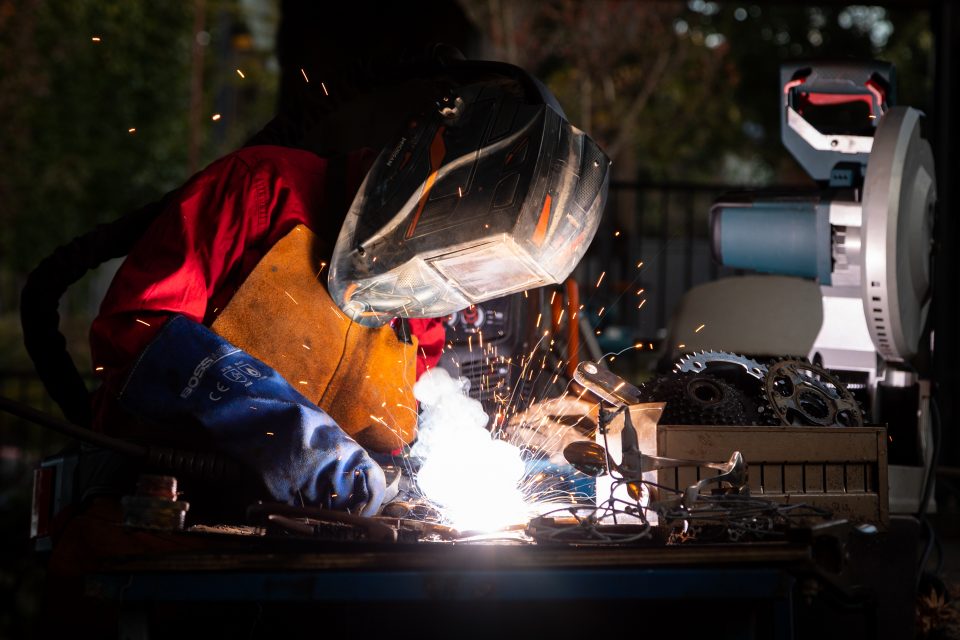 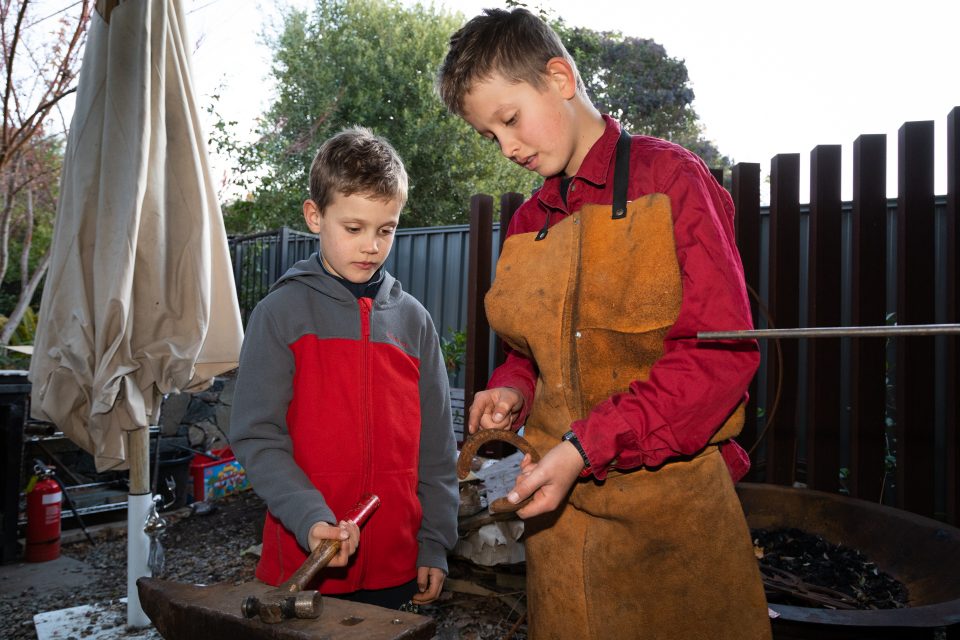 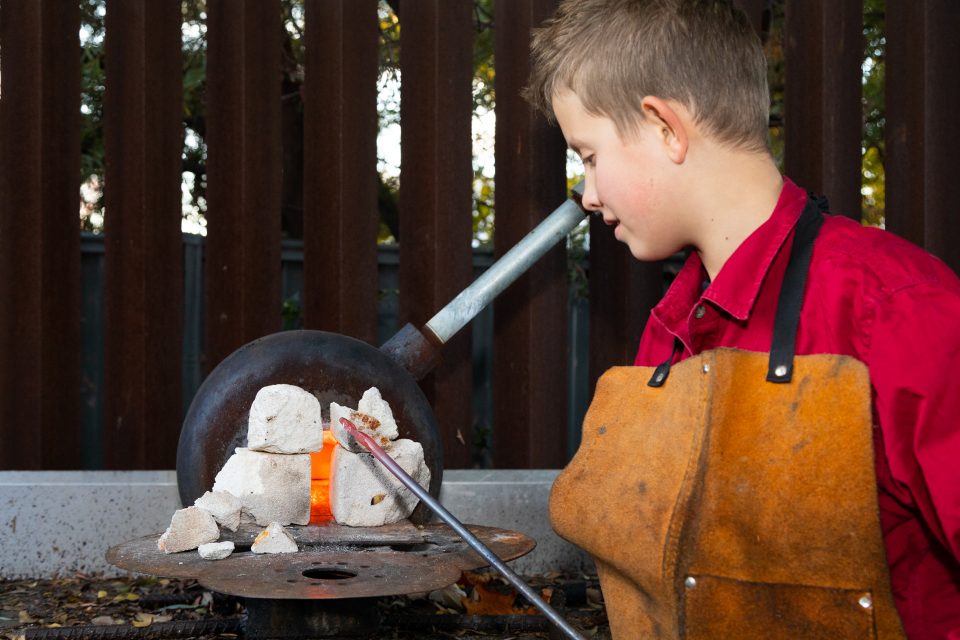 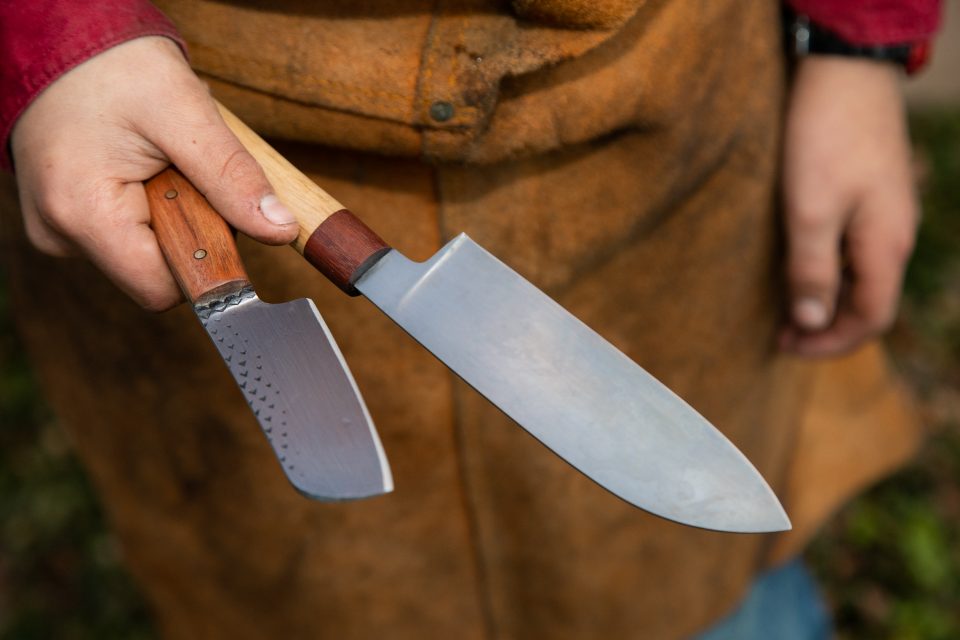 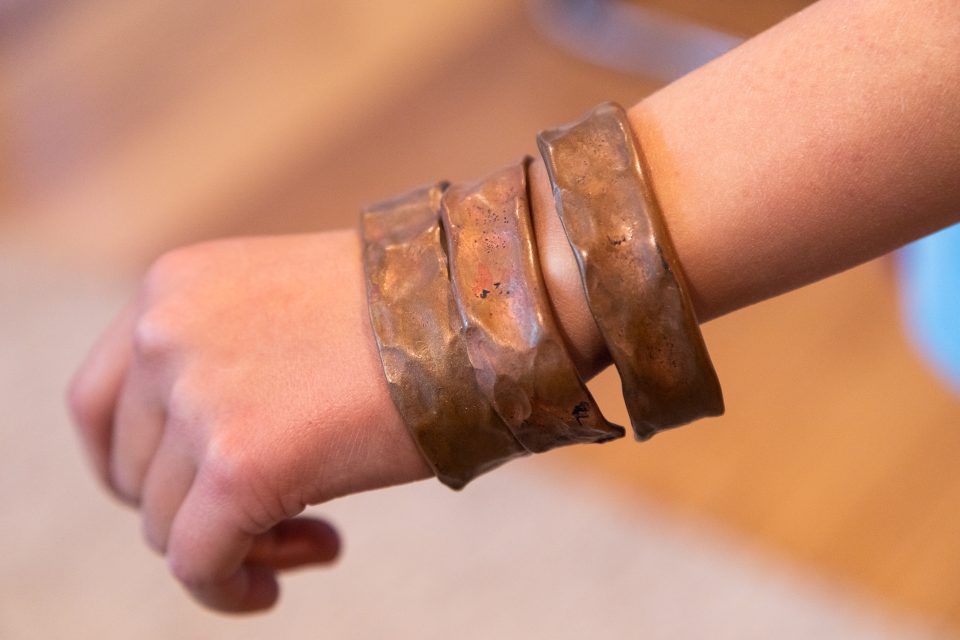 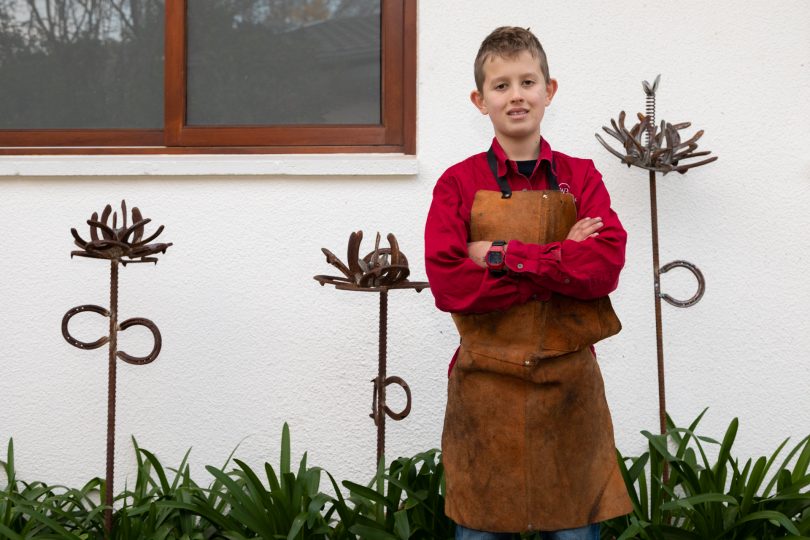 “I actually rang Karim because I was freaking out that Freddy had built a forge and was going to get burnt or have an accident,” Scarlett says.

“Karim reassured me it is basically a ‘supped’ up barbecue, but then he offered for us to come meet him at his Tharwa Valley Forge and he helped get Freddy started. He gave him some materials and gave us reassurance that it wasn’t too dangerous or a ridiculous thing for a kid to be doing!”

Through his training courses at Tharwa Valley Forge, Karim sees many people keen to learn his craft but fewer children who stick with it as Freddy has done.

“A lot of kids like the idea, they see it on video games and want to try it, but they find out it’s hard work and drop out,” he says.

“The hard thing to find is someone with an eye for detail, and the other talent that is rare is people being able to self-reflect and take on feedback.

READ ALSO: Bellelis proves having a baby doesn’t have to mean making a mess

“Freddy is very enthusiastic and he researches really well. He will turn up with 20 prepared questions and say, ‘I don’t want to waste your time’.”

Freddy says what drives him is the ability to create something out of nothing – and he sees raw materials everywhere he looks.

“Lots of the horseshoes and rebar come from Willinga Park,” he says. “I talked to the farrier there. He has horseshoes in a pile and he used to take them to the tip for scrap prices. Now he keeps them for me.

“I get other stuff from construction sites in Canberra and Kingston Cycle gives me old bike parts.

“I love that you can have an idea in your head, then you use your tools, skills and hard work to create a functional piece.

“I’ve made 30 flowers so far, 20 knives and six copper bracelets. I’ve sold all my flowers, the leaf hooks haven’t sold yet, but it’s mostly word of mouth. I want to do a website, eventually, and an Instagram page.

“My real specialty is cheese knives. Karim says it’s best to start small, make lots of them and perfect my skills. I want to go more and more into knife-making and get better and better at it.”

Renai
I could see Beau doing something like this.

Delys Lloyd me too, isn’t this little man amazing!

Fantastic. Do what you live and you’ll never work a day.

Glenn, look at this kid 💚

Sensational! Please can we get the contact information for Freddy’s Forge as I would love to Order a copper bracelet and a chef’s knife please

Fe McAllister have you seen this!

Can you include contact details for his business please? Those flowers are terrific.

Clint Beresford this is where the shoes we’ve been collecting end up. Super impressive hey!