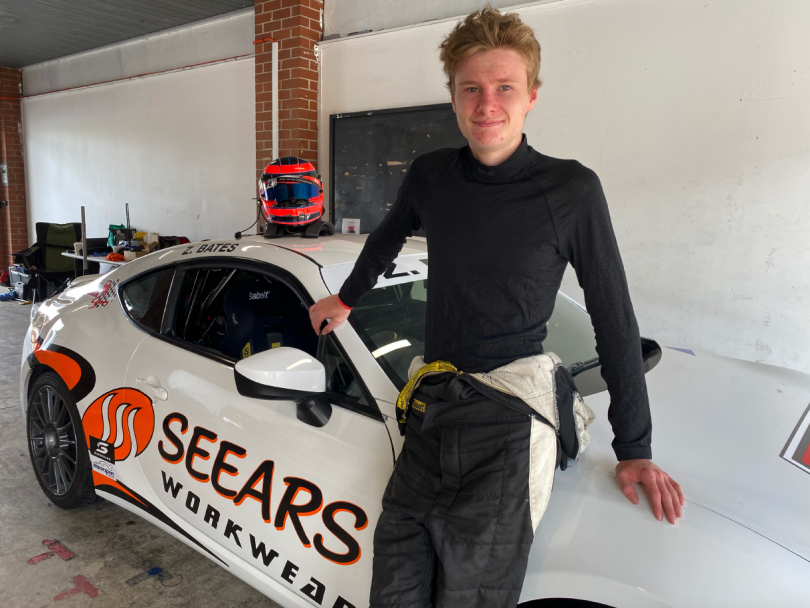 Zach Bates has petrol pumping through his veins. The 17-year-old son of former racer Rick Bates and cousin to Australian Rally Champion Harry Bates has just finished his final exam for the year and will be climbing behind the wheel of a race car at Bathurst this week.

“Canberra is good for this sort of thing,” says Zach. “It’s not far from Sydney with its racetracks, and even more locally at Goulburn with Wakefield Park Raceway.”

This week, Zach will step into his Toyota 86 race car as tens of other youngsters like him don their fireproof suits and take to the iconic Mount Panorama circuit at Bathurst for the final grid of the year in the Toyota Gazoo Racing Australia 86 Series.

Earlier this year, Zach won all three Toyota Gazoo Racing Australia (TGRA) races in Townsville, but due to COVID-19, he was then forced off the track and onto his simulator and mountain bike. 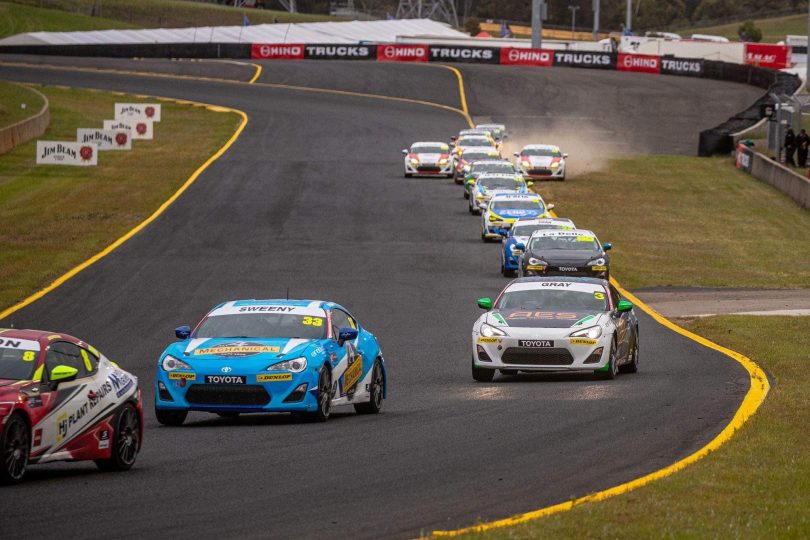 From matchbox cars in the dirt, it was onto go-karts at the age of 11 for Zach. This enabled basic training in the art of racing, including control, racing lines and braking points. This quickly saw him rise through local, state and national competitions. Before long, he was itching to get behind the wheel of a car.

That was when the Toyota 86 and its dedicated racing series came into the picture, designed as the first step for youngsters looking to crack into the world of motorsport.

The recipe is simple. Take a standard Toyota 86, beef up the brakes, add a roll cage and bucket seats, then top it off with a fire extinguisher and stickers.

“One of the big attractions of TGRA is the size of the fan base and the audience,” says Zach. “It’s really cost effective and the competition is great.”

Zach won’t be the only driver from the region racing in TGRA this weekend. Bailey Sweeney hails from Batemans Bay, on the NSW South Coast, and he will also feature at Bathurst.

Like Zach, he started off in a go-kart in Canberra before working his way up to TGRA.

“I’ve always been a massive fan of racing and decided to go to the track one time and absolutely loved it,” says Bailey. 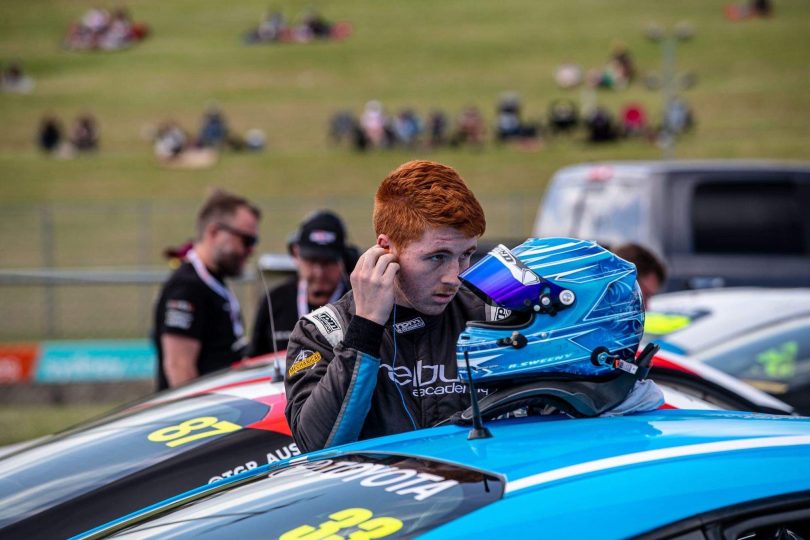 Many of the teams in the TGRA 86 Series are a family affair, and the Sweeneys are no different, with Bailey’s dad taking on mechanic duties and mum managing the team.

“Dad has always been a fan of motorsport, but mum not so much,” says Bailey. “But she’s come to like it as the years go on and it’s great to have them there and part of the racing.”

Earlier this year, at the world-famous Mount Panorama racetrack in Bathurst, his car suffered a malfunction so he is extra keen to give it a proper crack this weekend.

“Make a little mistake and it can have big consequences, but our pace is pretty good so it’s just a case of keeping it together when it matters,” says Bailey.

Both Zach and Bailey are pleased to finish off such a disrupted year doing what they love best.

The Great Race Festival runs until Sunday, 5 December, and is the fifth event in the 2021 TGRA 86 Series. Many drivers have been unable to compete due to border closures and COVID-19 restrictions so in the name of a fair game, Toyota has announced there will be no series winner this year.

Good article about the boys

Michelle Bailey is in this article along with Zach. 👍 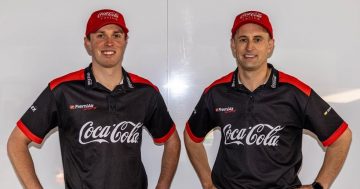 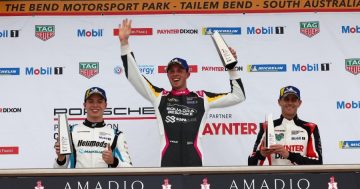