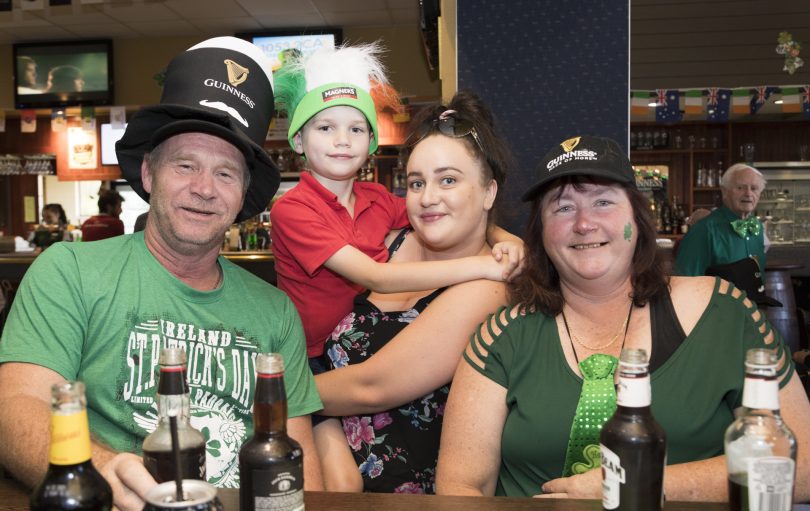 The humble meat tray raffle could be the latest casualty of the coronavirus outbreak as the ACT’s clubs grapple with the mass gathering bans.

ClubsACT chief executive Gwyn Rees told Region Media on Wednesday (18 March) that the effect on Canberra’s clubs was dire and would reach far beyond how to pay its staff, 60 per cent of whom are casually employed. Mr Rees said that while large events and functions have been cancelled, the day to day hospitality business of clubs is largely not affected by the mass gatherings ban.

“In terms of the supply chain, the effect in Canberra will extend to the butcher, the baker, the candlestick maker,” Mr Rees said. “The clubs collectively buy about $1.8 million in meat trays from local butchers. Half the business of some butchers comes from clubs.

“Nothing is sacred here. The meat raffle could be going along with the mass cancellation of events.”

Mr Rees said government departments and community groups would no longer be able to use the space provided for them by clubs in the ACT.

He told Region Media that a security company working with on ACT club lost $50,000 in revenue between last Friday to Sunday after 95 per cent of their casual employees were not called to work.

Mr Rees says that the wider hospitality industry is also facing a similar situation as it comes to terms with limiting numbers in venues to below 100 people. “Casual staff are being laid off en masse. Venues are empty. Club function and events bookings are being cancelled en masse through the coming months,” he said.

“Another of my immediate concerns are for golf courses. They weathered hot summers and a couple of those clubs were facing $300,000 water bills. Following that, they are now facing an entire loss of function trade.”

Mr Rees said the clubs industry in the ACT is worth nearly $300 million a year and pays more than $70 million in taxes. He urged people to realise there is no advice to avoid clubs and to consider supporting a club rather than panic-buying at a supermarket.

“Clubs are doing a range of things to manage their business by providing hand sanitiser, more cleaning and taking proactive steps to inform their members that they have a safe environment. People should not be alarmed but continue to be informed and continue to enjoy our hospitality venues in the way they always have,” Mr Rees said.

Mr Rees said he has provided input to government on stimulus and relief measures for the clubs industry.

“We are calling on the ACT Government to urgently implement tax relief such as that being delivered by other jurisdictions and the Commonwealth”, he said.

“The club diversification fund, which is derived from a new tax on each poker machine held, should be put on hold immediately and money collected to date returned to clubs. We would also like a freeze on payments flowing to the Chief Minister’s Charitable Fund and on any commercial rate rises for the next financial year.” 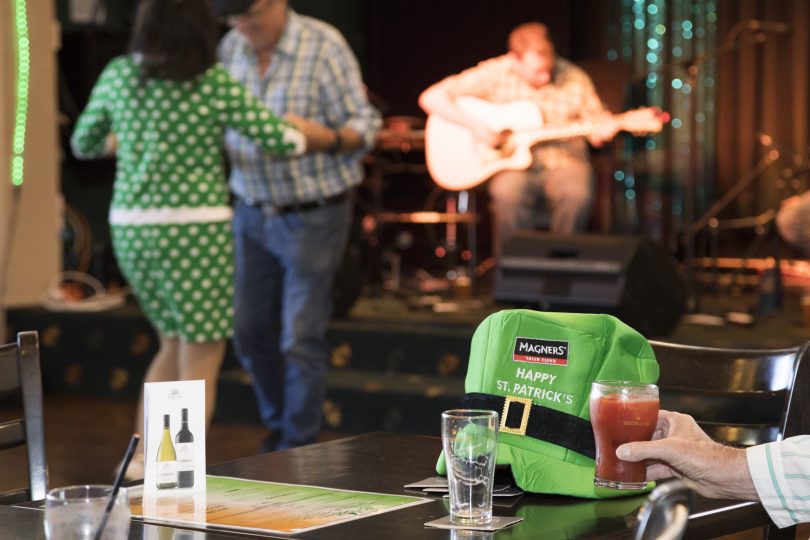 Trade at the Irish Club was down by about 60 to 70 per cent on St Patrick’s Day.

As some Canberrans united at the Canberra Irish Club at Weston for St Patrick’s Day on 17 March, Irish Club general manager Paul Lander said trade was down by between 60 and 70 per cent on what was usually their busiest day of the year.

Mr Lander said there were no more than 150 people in the club at any one time during the day and that it had been an exercise of risk for those who did go to the club to celebrate all things Irish.

“We knew we were going to be affected but you can’t cancel St Patty’s Day,” Mr Lander said.

“We’re all grappling with what to do, but I think we just have to ride it out and adapt as best we can as we learn new information. It’s scary times.”

Mr Lander said it has been hard for staff and the club’s board to organise the St Patrick’s Day celebrations.

“We’re Irish by name and by nature and we love the day and put all our heart and effort into it. We’re disappointed but we’re also realistic to say that there’s a broader community concern and that is paramount.”

It was good to see that Mr Lander hadn’t lost his sense of humour.

“You can get a Guinness here but you can’t get a roll of toilet paper down the road, so that’s saying something. I’d say we’ve got our priorities in order,” he said.

Jack Horne - 3 hours ago
Charlie Karmenu Flask must have been with Hellstra in the aluminium lined carriages and metallic glazing that stops 5g emissi... View
Charlie Karmenu Flask - 5 hours ago
NASA can operate a helicopter on Mars and I couldn't ring my wife, from the XPT, around Albury/Wodonga...it's 2021 NSW/Vic ra... View
HiddenDragon - 6 hours ago
There's quite a lot to be said for this, so it probably won't happen - but if it does, it will make Canberra that much more o... View
Lifestyle 7

Mandy Savery - 4 hours ago
How about delivering on campus for the students that are here? Or even delivering lectures live online instead of videos from... View
Property 14

Katie Erskine - 4 hours ago
So glad we had breakfast there with you Jennifer Lindley . A great piece of Canberra.... View
Ramon Montero - 5 hours ago
Incredible I worked par time there also my wife in the kitchen the early '70s was so busy every night, very popular. View
Melville Judy Brian - 6 hours ago
My 21st 1967 View
Breaking 1

ChrisinTurner - 6 hours ago
Why has the supply of vaccine to GPs been delayed? If GPs are capable of giving us our annual flu jab, why were they not used... View
Business 40

Daniel Kelly - 8 hours ago
Great news for our town, hopefully we won't be waiting 16 years for nothing again. https://www.youtube.com/watch?v=Umx5S1vCLU... View
News 48

Jeff Smith - 8 hours ago
I'm completely gobsmacked the Burns club can do this. Each year we seem to lose another little piece of public amenity in Kam... View
Yvette Croft - 12 hours ago
Tom Walsh They just want their equipment at a standard required by Australian and World Athletics, is that too much to ask fo... View
Tom Walsh - 12 hours ago
Yvette Croft they Cried about it, be realistic. View
Lifestyle 10

Andrea Trappes - 11 hours ago
Gosh my kids had nothing else but cloth nappies. They survived. View
Community 1

ChrisinTurner - 12 hours ago
A study a few years ago determined that the best effect on traffic congestion would be to delay the school day by 30 minutes.... View
show more show less
*Results are based on activity within last 7 days

The head of an electronics store has been sentenced for stealing almost $60,000 from his employer. The agreed facts in...
Breaking 1

UPDATE 2:10 pm: ACT Policing has reported that the exclusion zone across parts of London Circuit, University Avenue and Knowles...
Property 14

@The_RiotACT @The_RiotACT
Would more flexible working hours sort out our traffic congestion? And can your boss tell you what to wear to work? Here are our slightly surprising poll results https://t.co/bzFvQqFbLG (4 hours ago)

@The_RiotACT @The_RiotACT
Want to own a historic piece of Queanbeyan? Barber's Cottage, built in 1885, might be just what you're looking for. The three-bedroom property goes to auction on 5 June https://t.co/ceRZRRIvlH (7 hours ago)