Furthermore on the election date 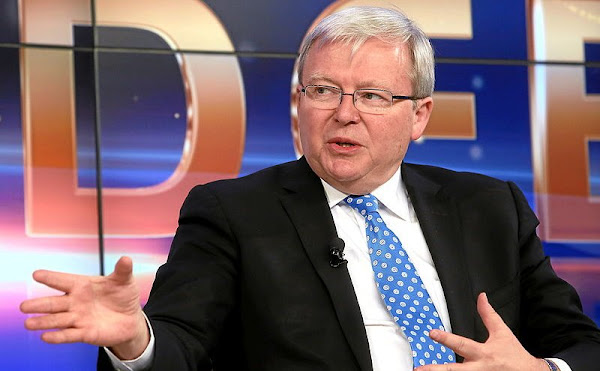 On which Saturday will Kevin Rudd hold the federal election?

By Nicholas Reece, University of Melbourne

One of the most important decisions now for new prime minister Kevin Rudd is selecting the date for the federal election. There are 22 Saturdays between now and November 30, the last possible date an election could be held.

The requirements for a campaign period of no less than 33 days rules out four Saturdays. Further options can be eliminated because of sporting grand finals, public holidays, school holidays and religious days.

Rudd has also ruled out two other possibilities. He has said the election will not be held on September 14, the date designated by his predecessor Julia Gillard, because it falls on the date of the Jewish holy day of Yom Kippur.

He has also effectively ruled out September 7 by indicating that he would like to see the Australian prime minister attend the G20 summit in Russia, which is being held on this date. When these Saturdays are removed Rudd is left with 14 Saturdays to choose from.

Then there is the local government referendum, which significantly complicates matters for the new prime minister. According to the Australian Electoral Commission, a simultaneous referendum and election poll is not possible before September 14.

Of the remaining dates, Rudd will then have to weigh up political considerations. If he was to wait and hold the election in November, for instance, he could risk a voter backlash by making it appear that he was avoiding a vote.

Alternatively, the government could dump the local government referendum, wear the opprobrium, and go to the polls in August. But an August poll also carries the risks of repeating the mistake made by Labor in 2010 when they went to the polls too quickly after Julia Gillard became prime minister.

While notable exceptions can be found, the leader is at the centre of the campaign, and it takes some time to plan a campaign strategy and get the policy settings right to suit the new leader.

When the problems with a August, September and November poll are taken into account, Rudd is left with two Saturdays to choose from: October 19 and October 26.

The combined provisions of the Australian Constitution and the Commonwealth Electoral Act (1918) require a minimum 33 day election campaign. They also dictate that the latest possible date for a federal election is Saturday, November 30, 2013. This is determined by Section 28 of the Constitution:

Every House of Representatives shall continue for three years from the first meeting of the House, and no longer, but may be sooner dissolved by the Governor-General.

Following the 2010 election, the 43rd parliament first met on September 28, 2010, and will expire on September 27, 2013. The House of Representatives may be dissolved earlier than the maximum term, and by convention this is done by the governor-general on the advice of the prime minister.

Section 32 of the Constitution determines that:

Writs must be issued within 10 days of the expiry of the House.

Nominations of candidates must close at least 10 days but no more than 27 days after the date of the writ.

Section 157 of the Commonwealth Electoral Act determines that:

Election day must be at least 23 days but no more than 31 days after the close of nominations.

Finally, Section 158 of the Commonwealth Electoral Act demands that:

The day fixed for the polling shall be a Saturday.

What about the Senate?

In selecting an election date the prime minister will want there to be a Senate election held simultaneously. It would be a very brave national leader who would make Australians go to the polls more times than they needed to.

Section 13 of the Constitution requires that in half-Senate elections, the election of state senators shall take place within one year before the seats become vacant. Senators are normally elected for fixed terms of six years, commencing on July 1 in the year following the election, and ceasing on June 30 six years later. This means those Senators elected in November 2007 and sworn-in on July 1, 2008, will have their senate seat fall vacant in June 30, 2014.

The agreement with the independents

Part of the agreement between the ALP and independent MPs Tony Windsor and Rob Oakeshott, which allowed Julia Gillard to form a minority government in 2010, says:

This parliament should serve its full term and that the next election will be held on a date to be agreed in September or October 2013.

With parliament having risen and the two regional independents signalling they are not running again, the status of this clause is highly debatable. If the new parliament was recalled by Rudd to pass legislative changes then there is an unlikely possibility it may come back into play.

On June 24, parliament passed a bill authorising the holding of a referendum on whether to give constitutional recognition to local government. Section 128 of the Constitution provides that a referendum must be held after two months but less than six months after the approval of parliament.

According to the AEC, the combined effect of the Constitution and the Commonwealth Electoral Act is that the earliest date an election and referendum can be held simultaneously is two months and 18 days after June 24.

When will Rudd name the election date?

This arrangement delivers a significant advantage to the incumbent. It allows the prime minister to select a date which they believe gives them the best chance of winning.

Julia Gillard broke with convention by naming the September election date when she delivered a National Press Club speech in late January. There were mixed views about the political wisdom of this move. Either way, it has had a flow-on effect for Kevin Rudd by increasing the pressure on him to name a date.

The traditional line for a prime minister – “that’s for me to know and you to find out” – is unlikely to hold for long given he is creating uncertainty by switching from a date that was previously known.

The Commonwealth, Queensland and Tasmania are the last remaining Australian jurisdictions not to have a fixed election date. For convenience and certainty it is a reform that should be adopted at the federal level. It will also mean people will be spared highly speculative commentary pieces like this one.

Finally, don’t forget Australia’s media outlets. They are waiting for tens of millions of dollars in advertising bookings by the political parties. These bookings would have been well advanced for September 14, particularly in prime-time slots. Now the media buyers will be frantically checking availability around the dates below (click to view), while the rest of the country awaits Kevin Rudd’s announcement of a new polling date.

Nicholas Reece is a former senior adviser to a prime minister and two Victorian state premiers.

Further election commentary by Nicholas can be viewed at www.2013electionwatch.com.au

Ali Geez - 28 minutes ago
Russell Nankervis our ex-PM once said ‘mum and dad should chip in for their kids’ View
David Graham - 1 hour ago
Is it on stalled or installed? View
Russell Nankervis - 7 hours ago
As if students could afford an apartment that close to the Parliamentary triangle View
Community 5

Robyn Jones - 54 minutes ago
Where is it located View
Monica Tiffen - 1 hour ago
I find it hard to put a light-bulb in!!!!! View
Michelle Langsam - 4 hours ago
Lucy Baker. For any of your tribe ? How cool is this View
Community 42

Linda Stapleton - 6 hours ago
Changing the date will just be like reconcilliation day.. it becomes a nothing action. remember when they said we had to have... View
Spiral - 6 hours ago
The 26th of January is the date that is fundamental to this country. If the First Fleet (or some other colonizing enterprise)... View
News 13