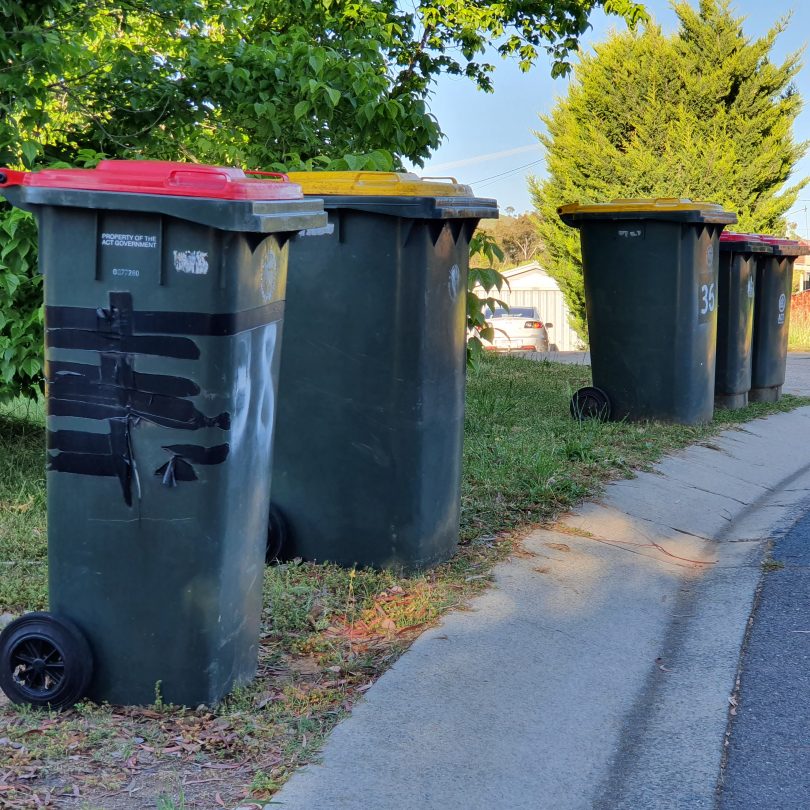 Garbage truck drivers – who have gone on strike three times in the last three weeks – have overwhelmingly voted down the pay rise offered by garbage collection contractor Suez, opening the possibility for further industrial action.

Drivers received a 3.4 per cent rise this year, Suez said.

Suez put the offer to a vote this morning (20 November) and its rejection was “pretty close to unanimous”, Transport Workers Union ACT Secretary Klaus Pinkas said.

Discussions will continue with the Fair Work Commission next Monday but further strikes seem increasingly likely.

“We are still seeking clarification from our members about what they want to do,” Mr Pinkas said following the vote.

Suez General Manager of Collections and Logistics for NSW, Paul Haslam, told Region Media that the company had gone back to the union with five different offers.

Suez is also offering alternative options such as pay rises tied to efficiency improvements, he said.

CORRECTION: An earlier version of this story included a picture of an ACT Government garbage truck, not a Suez truck. We apologise for this error.

Exasperating as this is for people who can only dream of the sorts of income increases which the drivers have rejected by a near-unanimous vote, there shouldn’t be too much surprise here – a widespread culture of unearned entitlement is one of the enduring downsides of a record run of “recession-free” (a matter of definition, of course) aggregate economic growth in Australia.

When the easy money runs out, governments are going to have a lot of very grumpy people to deal with and a lot of unrealistic expectations to manage – even when, as here, they try to distance themselves from the hard decisions by outsourcing.

The Seven Deadly Sins, as shown by Canberra’s Garbage Truck Drivers:
Lust – for extra money
Gluttony – wanting more than others during a national recession
Greed – demanding a 12% pay increase
Sloth – expecting more pay for no extra work
Wrath – inflicting your grievances upon the general community
Envy – thinking others have it better
Pride – believing you deserve more than what others doing the same job get

No one is getting pay rises of the magnitude that these guys have rejected and yet they want more!? Seriously be grateful for what you have gotten already (3.4%!!) and accept what is being offered and move on!

So during a pandemic recession when so many are struggling and accept that we won’t be seeing pay rises for a long time, these selfish clowns hold their city to ransom.

The TWU should be ashamed of themselves.

Ah its started already, the criticism of the drivers … sadly undeserved they earn every dollar and cent. Normally all you keyboard critics don’t even give them a second glance until they withdraw their labour and then you whine and whinge , if you think the jobs cushy and overpaid apply for a start and have a go … but me thinks you wouldn’t like to leave the comfort of your office so power to you garbos I hope you get what your after … side note I’m a overpaid construction worker so I hear from you whiners who work in the government sector.

They can withdraw their labour all they like. They should be open to being sacked for doing so though. Plenty of people with a HR license looking for work right now, and would happily take the job at the current rate.

How is anything you’ve said relevant?

The facts are that these drivers already are paid near the top of similar workers in their industry. They have been receiving pay rises well in excess of inflation in recent years.

They have now been offered continuing pay rises well in excess of inflation for the next three years. All whilst the world is in the midst of an enormous economic downturn. And yet they think this is unfair.

So please, perhaps you can let us know why they deserve 12% in pay rises in the next 3 years? What sort of productivity benefits are they going to achieve? What specific economic factors mean they deserve such increases?

The real whiners are these drivers. Rather than complaining, they should thank their lucky stars for the position they find themselves in. Otherwise, the unemployment line beckons.

I’m all for workers rights and the ability to negotiate good deals but this is getting ridiculous.

These employees are already highly paid for their positions and have good conditions and pay rises in recent years.

In the current economic climate, their claims are clearly ridiculously out of touch with reality.

It gets to a point where maybe they’d prefer to be unemployed.

4 per cent per annum for 3 years is ridiculous. Most workers haven’t got anywhere near that (public or private sector) for a decade + now.

The offer from Suez is completely reasonable for mine and should be accepted.

Yeah, it is really time that Fairwork do the right thing, tell these people that they have refused a more than reasonable offer considering we are currently in a recession, and open them up to being dismissed. Plenty of people out there willing to sit in a truck for 40 bucks an hour.

Then the TWU would throw tantrums and factional fits within the Labor party because non TWU workers are in the trucks.

They can throw all the tantrums they want. Nobody has to pay attention. I have no issues with workers striking over things like unsafe conditions, but demanding more money should not be protected. 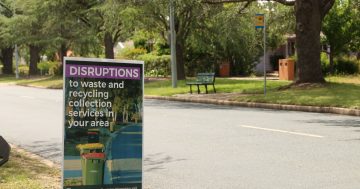 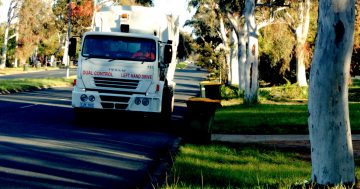