Gay conversion and the damage done: the counsellor’s view 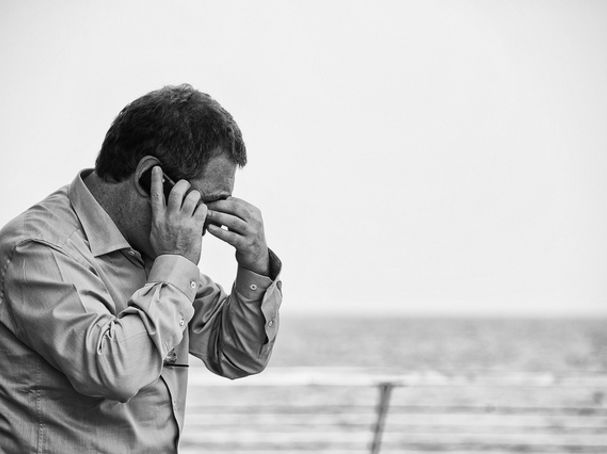 On Friday, Region Media shared the story of a woman who had been through gay conversion therapy and wanted to defend the process. A bill banning it will pass the Assembly this week with likely bipartisan support, and Michelle (not her real name) wanted to express her fears around what that might mean.

Her story, and today’s about the damage counsellors see as a result of the therapy, illustrate how intense beliefs are around the issue.

Today, Tom Skelton from Meridian brings us the counsellor’s perspective. Meridian (formerly the AIDS Action Council) supports LGBTQI+ people across the ACT. Their Westlund Counselling service provides safe, inclusive and affordable counselling for people of diverse sexualities and gender identities, as well as their families and allies.

He sees gay conversion therapy very differently from Michelle, noting that the debate over the past few weeks alone has peaked referrals to their counselling service.

“People say to us, very reasonably: ‘Why am I the one who needs counselling and therapy to process this pain? Why is it my responsibility every time something like this comes up I have to recover? To revalidate who I am?’

“We have strong resilience and recovery frameworks, our community is very proactive and we use a trauma-informed perspective, but our community doesn’t need another flashpoint”, he says.

“You don’t need to be a mental health professional to know that if you are really challenged constantly, it will do damage.”

Tom says Meridian’s counsellors have seen multiple clients who have been through some form of gay conversion therapy over the years. It’s confusing because even when people feel quite secure in their sexual orientation, they’re pushed by people they love to change something fundamental about themselves.

“You get mixed messages. We’re all told that a mother’s love is unconditional, but it doesn’t seem that way if you’re being sent off to gay conversion camp,” Tom says.

“This often happens to a younger cohort who are living at home with their family, and that’s additionally problematic because they don’t have the cognitive and emotional skills to support themselves.

“Adults have coping skills in difficult situations, whether it’s a peer group for support, a sense of humour they deploy when the conversation comes up or other ways to avoid the pressure. But young people are still working and growing and finding tools to stand up for themselves.”

Tom says revelations about gay conversion therapy often take a while to come out in counselling because that’s the nature of trauma. Patients will often disclose significant emotional pressure to participate in conversion therapy, framed by the belief that they are “broken” and need to be changed permanently through a variety of strategies.

“They’re told that until they buckle and agree there is something wrong with them, they’re not acceptable,” he says.

While dramatisations of conversion therapy will focus on forcing people into heterosexual relationships, Tom says the actual alternative can often be celibacy as an “acceptable” halfway point between true sexual identity and the expectations of loved ones.

“And while people will often feel that’s a safe compromise for them, they also don’t get to experience the true joy of relationships“, Tom says.

“Incalculable amounts of damage are wrought by the therapy – it’s about self-identity and self-respect, their structure of what it means to love someone, how to manage relationships with people who want to correct them in some fundamental way. It’s systemic, large-scale emotional damage”.

Meridian’s counsellors deal with symptoms rather than offering clinical treatment, but Tom says patients often present with indications of anxiety, post-traumatic stress disorder and depression as result of conversion therapy. Those patients can be referred to psychologists specialising in trauma.

There is also an enduring link with self-harm and suicidal intentions.

“It’s not a joke, it’s not a small worry,” Tom warns. “There’s a want and need to release the pain of living in a world where people want to change who you are.”

There’s no linear path through the counselling process. Tom says the only constant is that recovery, resilience, growth and planning for the future take a long time with patients whose core beliefs about themselves have been fundamentally undermined by conversion therapy.

“It’s great to have the ban,” Tom says. “But there are equal amounts of frustration and pain that we have to re-validate again and again that same-sex relationships are not wrong.

“I don’t feel grateful that this gets raised again and again, but the bill itself is a step forward.”

To find out more about support services in the ACT for the LGBTQI+ community, visit Meridian.

Why ‘symbolic’ legislation is necessary for our Territory’s integrity