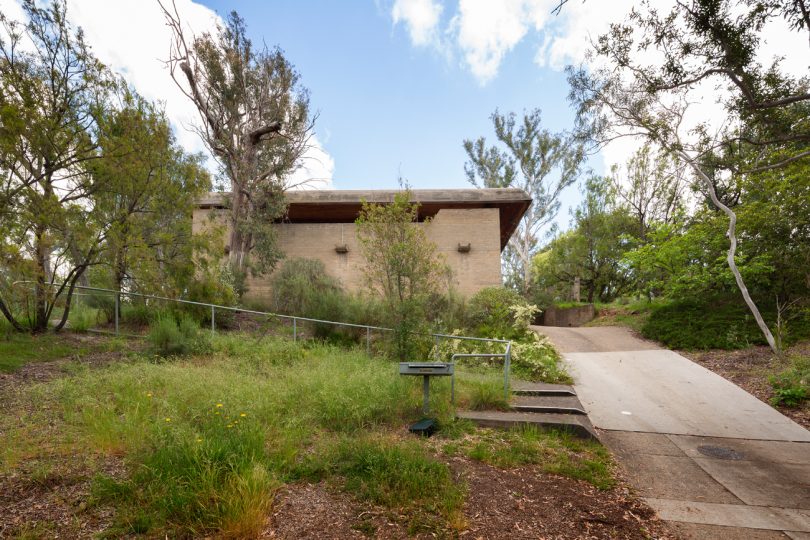 The modest street presentation of 7 Juan Place gives a hint of the architectural delights inside. Photos: Supplied.

From the street, 7 Juad Place appears unusual for a residential home. It has a modest street appeal, with a steep, concrete driveway leading to what appears to be a very solid bunker.

It has never been sold before, and is now on the market for the first time, going to auction on Friday, 20 November. It is a stunningly faithful example of mid-century modernist architecture from Canberra’s Enrico Taglietti.

The home is built in the unmistakable Taglietti style, where form follows function, and simplicity in design and materials is paramount. It draws on the organic principles of Frank Lloyd Wright, Walter Burley and Marion Mahony Griffin, the solar passive design principles of the modernist movement, and the minimal ornamentation and honesty of materials common to mid-century modernist design.

The family who commissioned the original build were Mervyn and Katalin Paterson, whose children are selling the home after 50 years of family life in the Taglietti masterpiece. 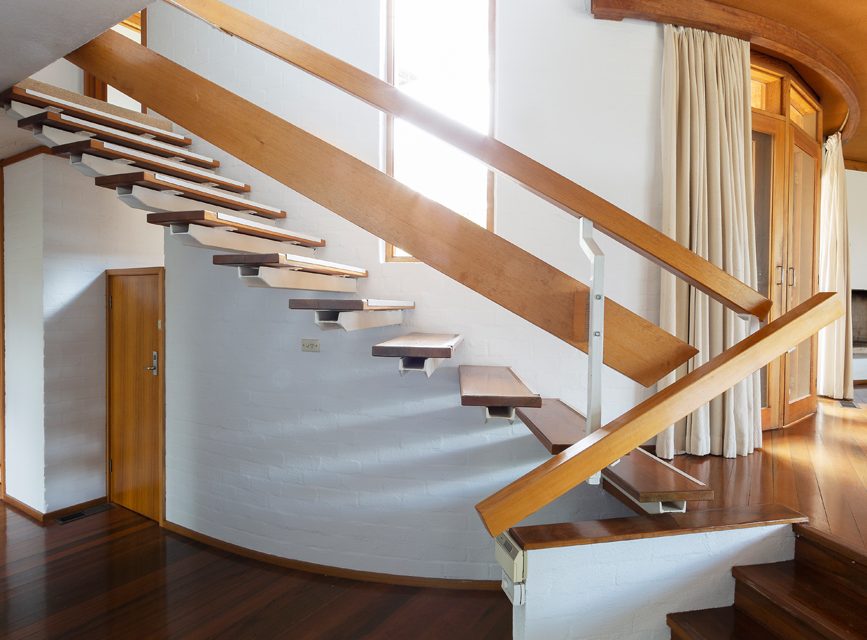 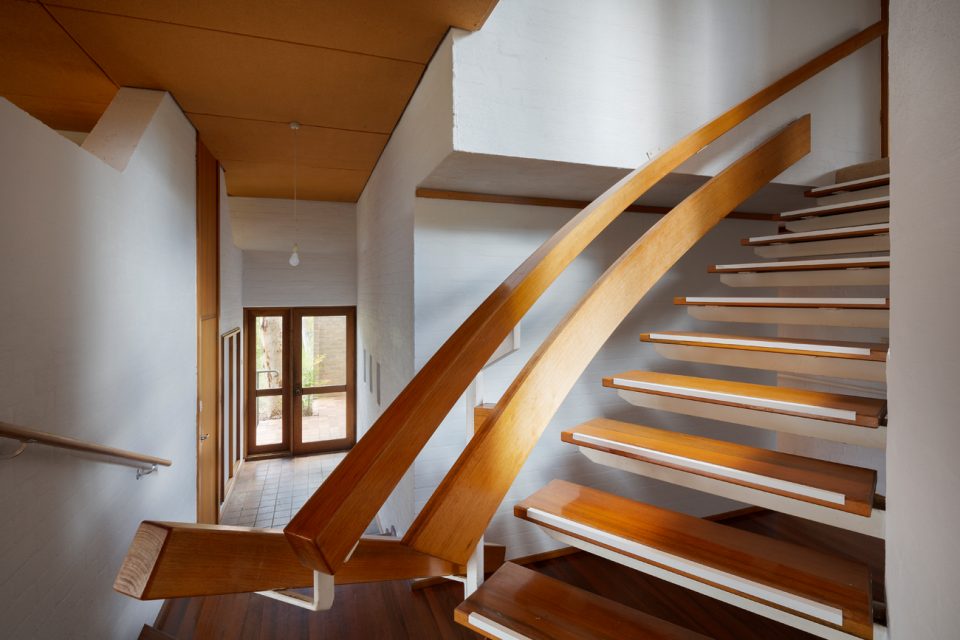 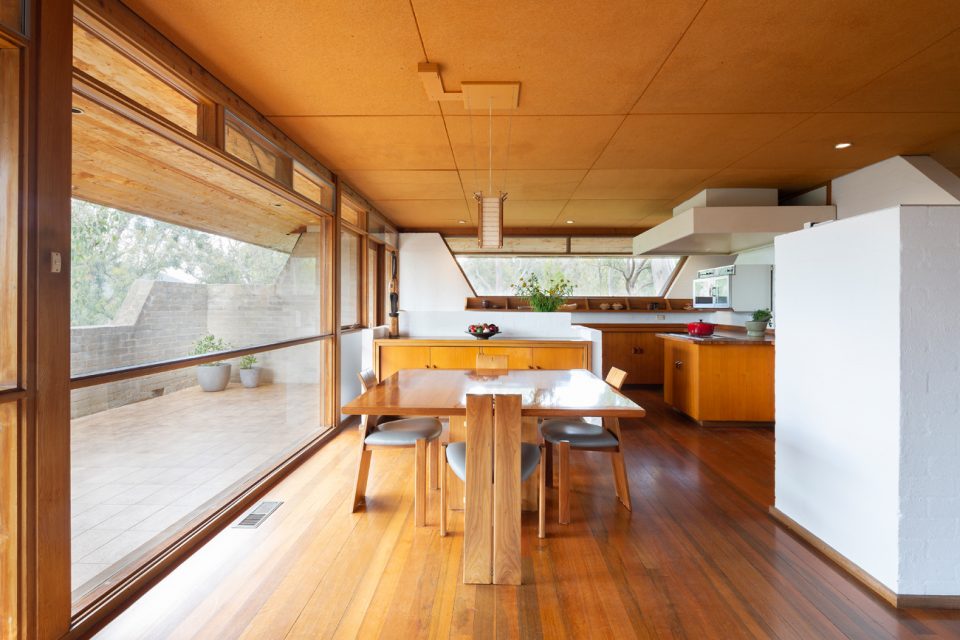 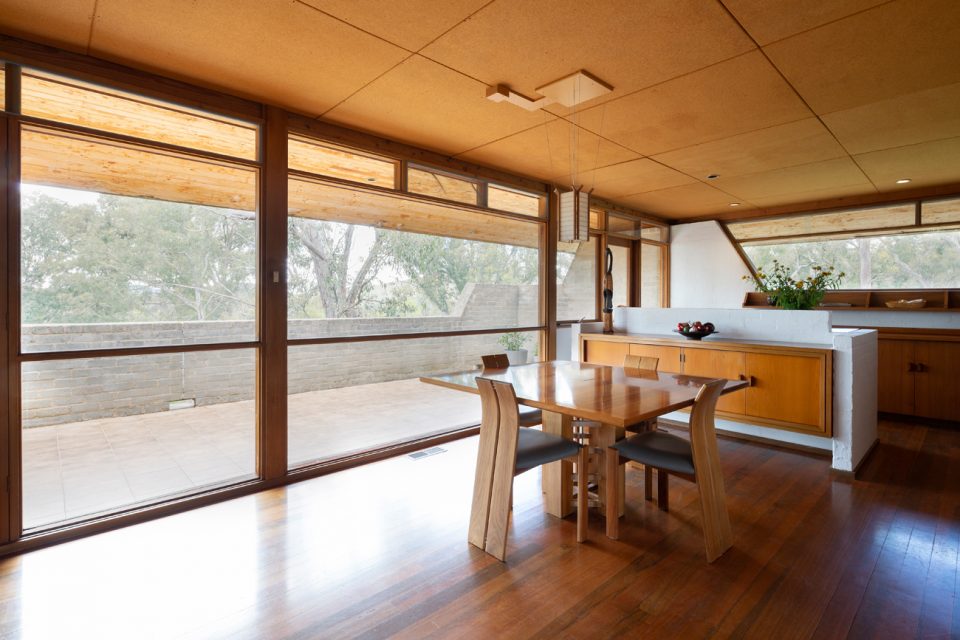 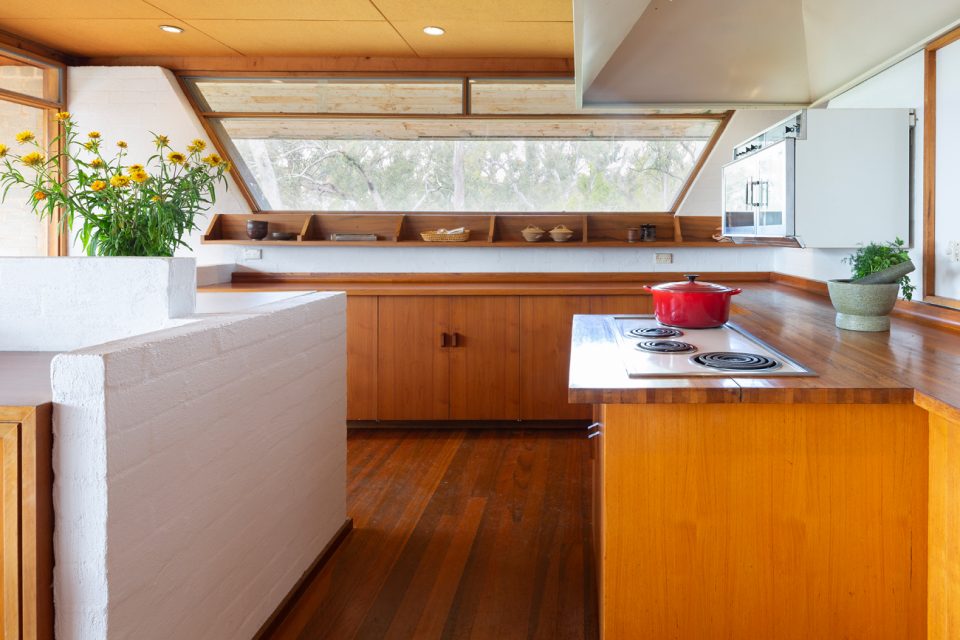 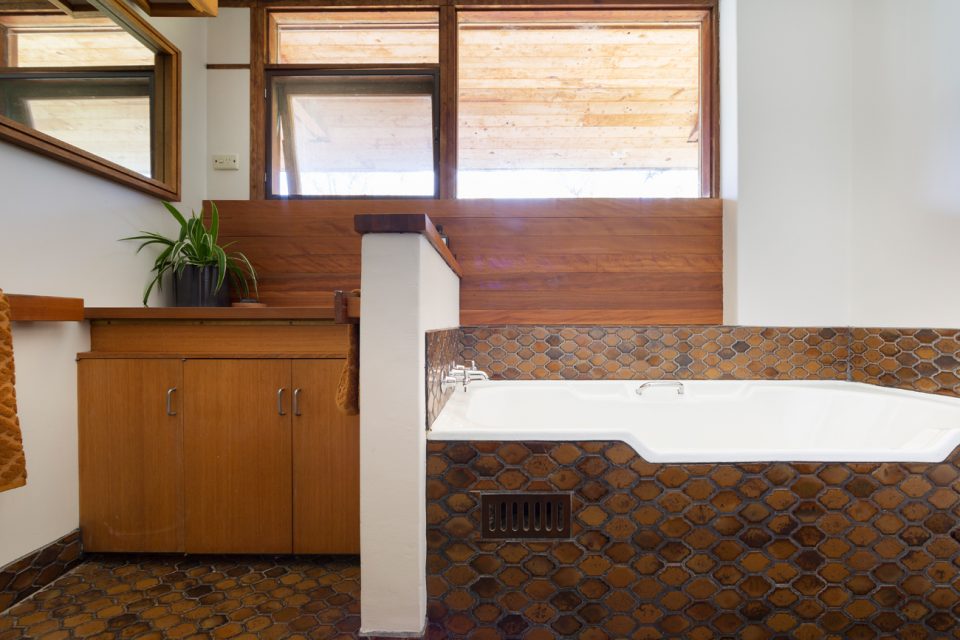 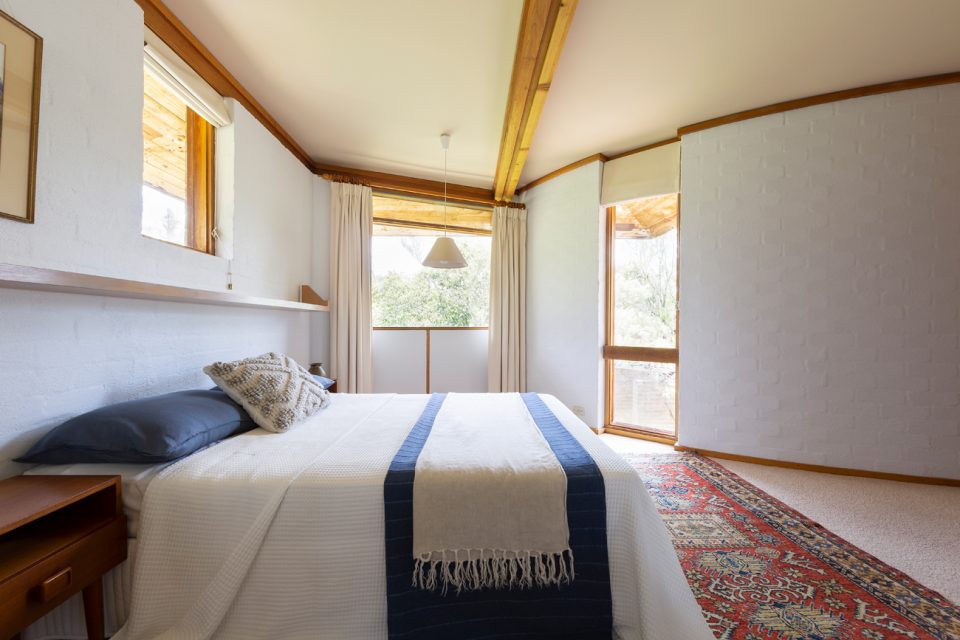 Mervyn and Katalin Paterson commissioned Enrico Taglietti to design the home in 1968-69, and construction was completed in 1970. The four-bedroom, two-bathroom family home is Taglietti’s take on the family residence, and unfolds from the street back to the rear courtyard, slowly revealing the modernist masterpiece.

Katalin’s daughter Elizabeth said her mother wanted a kitchen where she could face her guests, and converse with them while cooking a meal. Taglietti delivered an open-plan kitchen decades before they were a standard fixture.

“Mum was a real women’s libber,” said Elizabeth, “and she wanted a kitchen where everyone could gather, to cook together.”

“There was none of that ‘women are in the kitchen’, and his genius made that into a special space.”

Mervyn, Elizabeth’s father, was adamant about the home’s connection to the bush, embarking on a letter-writing campaign at the time the home was built to exempt the yard from a wooden paling fence.

“My father did a whole lot of letter writing to get permission not to have a paling fence. As a result of that, there’s no fence on the back.”

Taglietti worked and collaborated with the Patersons to deliver the spectacular bush home in Aranda.

“He wasn’t about shaping the landscape,” said Elizabeth. “He responded to it, and to the specific site.

“It is quite an extreme site, with that rock going up to the house. It’s the highest point in Aranda, it’s right up a cul de sac – and when you look up it’s a bit like a fortress. So from the front it’s very private, but from the back it opens right up to the landscape.

“It was built specifically for the view. You look out and you only see the tops of the trees and the hills, and have privacy, which was important to mum.” 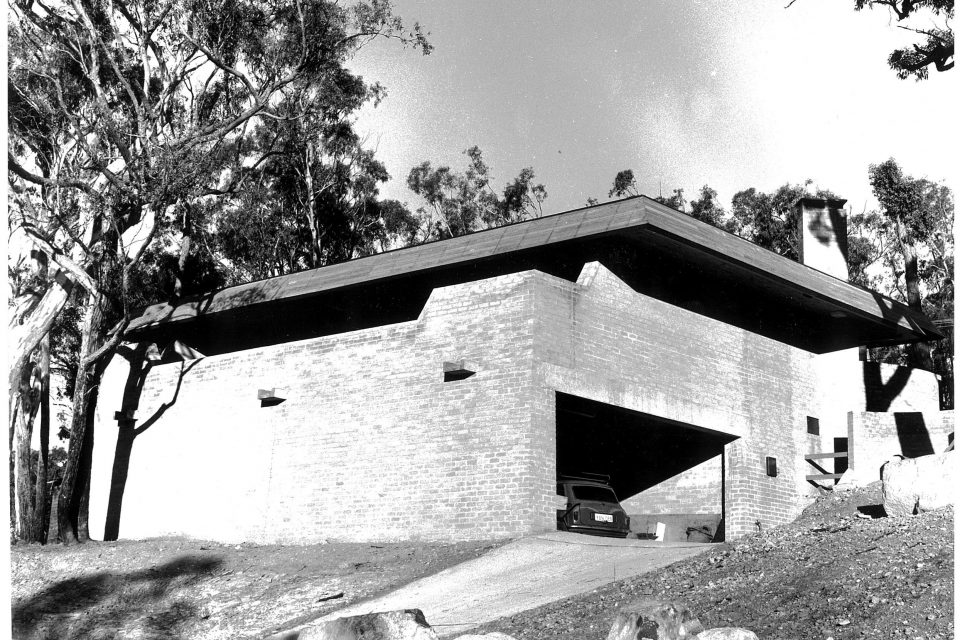 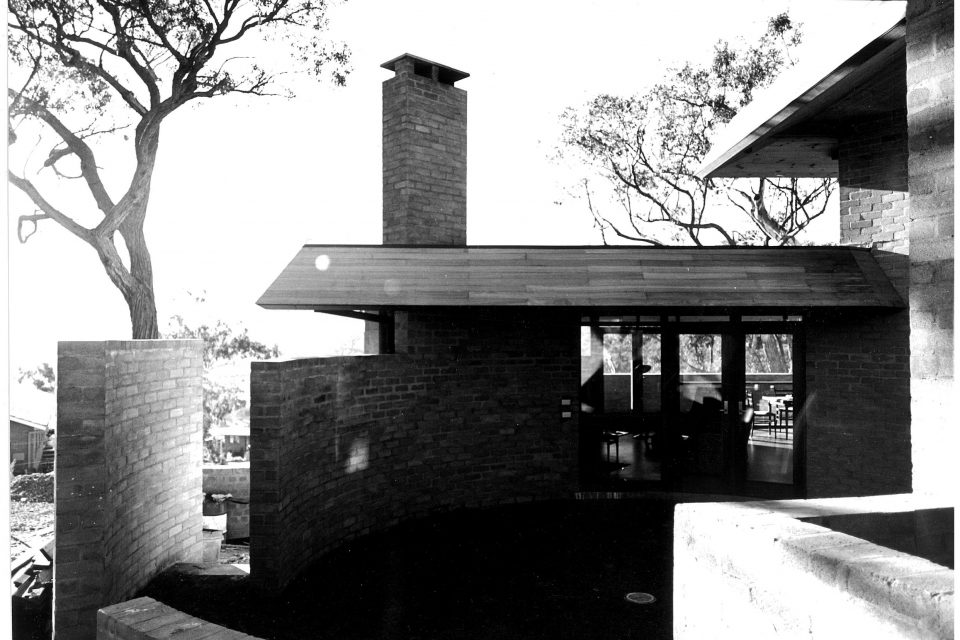 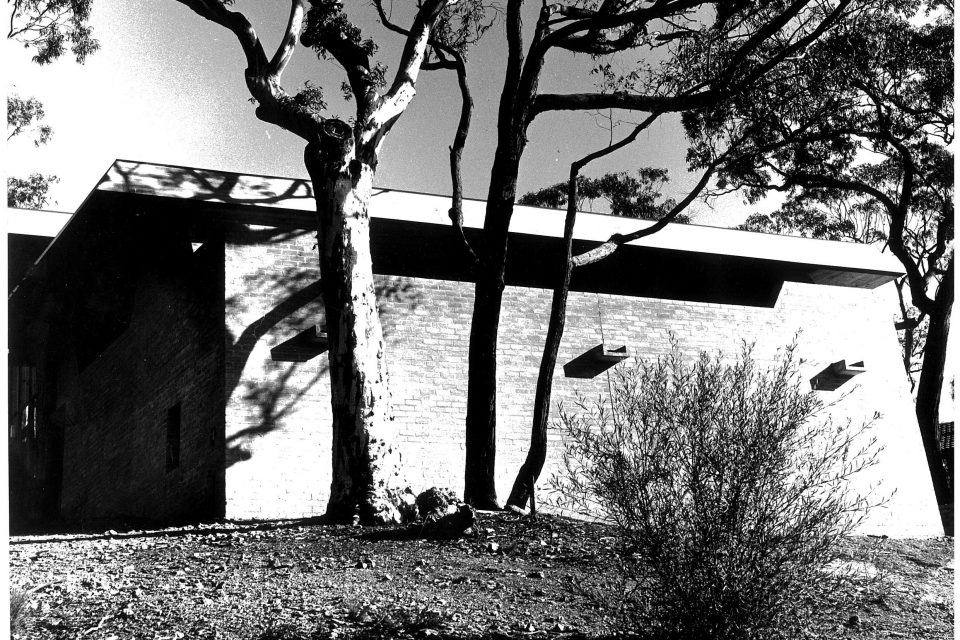 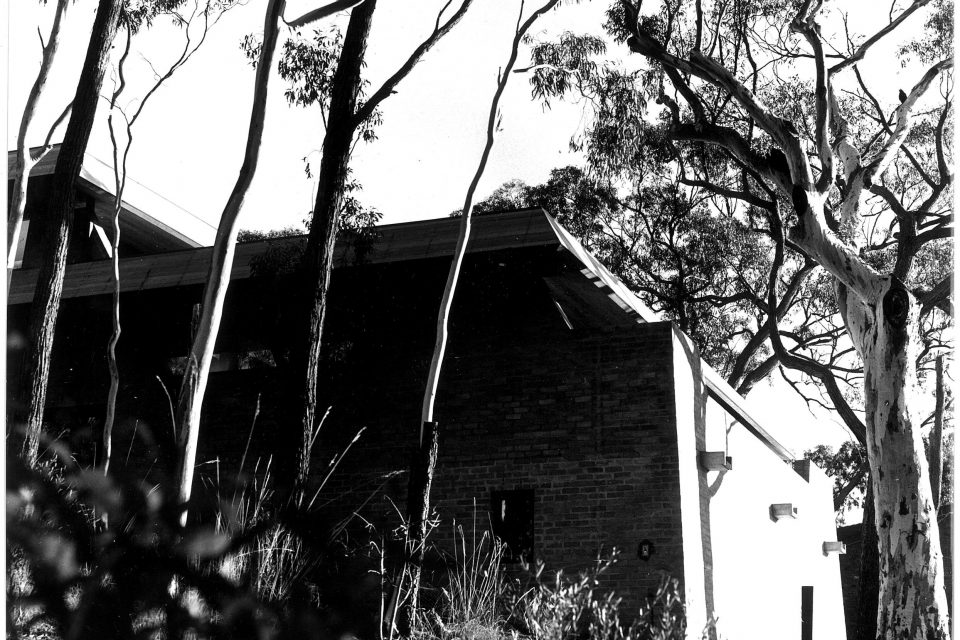 After 50 years in the family, Elizabeth is understandably nostalgic about the home and the family memories built there.

“There are moments where it’s hard to let go, but I’m kind of looking forward to someone else becoming the custodian, and extending the life,” she said.

Of Mervyn and Katalin, Elizabeth says they both squeezed life for all it was worth. And they have left a legacy worthy of their spirit in their Taglietti-designed home.

You can view this mid-century modernist masterpiece online and find other hot listings on Zango. For further information, or to book a private viewing, contact Home.byHolly Sales Agent Sally Strang on 0410 626 731.

Such a sublime house.

Rebecca Ebbott got a spare 2mill?

More than a few nods to the original Dickson library in this design :)

Alison Peart - oh no, others have noticed it too!

Ben Johnston - 4 hours ago
"In a 50-minute ministerial statement this morning (22 June), Business Minister Tara Cheyne told the Legislative Assembly tha... View
Lewis P Owlay - 7 hours ago
Worked a treat View
HiddenDragon - 11 hours ago
Unless there's a strong likelihood that the scheme will be re-run, with a somewhat larger budget next time, it might be bette... View
Community 52

Jason Richards - 10 hours ago
How about tougher laws on the fruit bats riding three wide on unbroken lines... View
Ol L - 11 hours ago
Stupid. Increasing fines won’t stop anything. Look at the near annual fine increases for speeding. View
James Forge - 12 hours ago
Grant Rixon I'm not saying that. I'm against cyclists flouting the current law by not slowing town to... View
Property 3

sammo1 - 12 hours ago
It almost already is! Most of the population work and shop in Canberra or Queanbeyan. Its really not that far out.. It seems... View
consumeradvocatecanberra - 15 hours ago
Hmm, what a great place for a satellite city for Queanbeyan or even Canberra (thinking Oaks Estate-perhaps not workable) but... View
MERC600 - 16 hours ago
It's been quite a while since I wandered into the Captains Flat local. Back then they were only using one corner of the place... View
Food & Wine 5

Julie Macklin - 15 hours ago
Flannelette shirt. That's all I have known them called and what I have always called them. Never hard of the other words befo... View
show more show less
*Results are based on activity within last 7 days

Mid-century modern at its finest in iconic O’Connor residence

Macquarie, a quiet achiever but one to watch

Lifestyle sanctuary on the capital’s doorstep

@The_RiotACT @The_RiotACT
ARIA award-winning superstars, multi-state indie supergroups and local legends - oh my! All that and more in this week's #GigGuide https://t.co/eFn9yY4gw0 (6 hours ago)

@The_RiotACT @The_RiotACT
Indian Myna birds have been declared a pest species by the ACT Government due to their environmental and health impacts. It's part of an effort to reduce the population of the invasive species in the Territory https://t.co/BAb0ctQyAl (7 hours ago)

@The_RiotACT @The_RiotACT
The Canberra Region @TruffleFest is more than a celebration of Tuber melanosporum, it highlights the best food and wine the region has to offer. Here are some events you won't want to miss https://t.co/zaKealFux0 (9 hours ago)