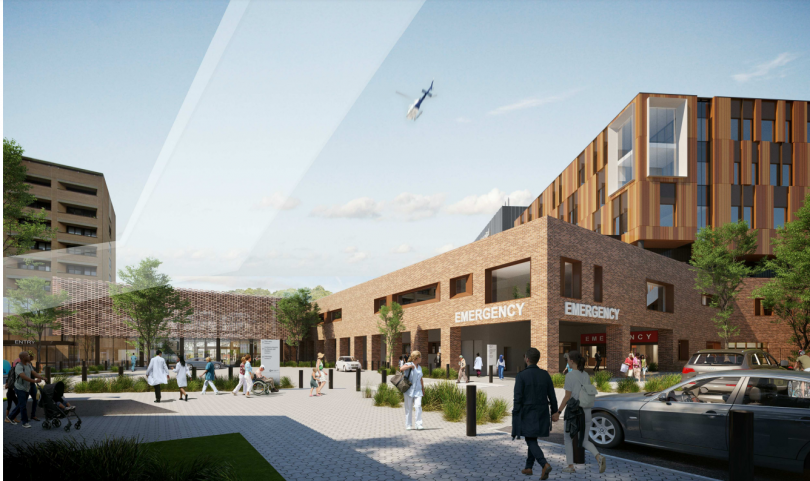 A view from Hospital Road to the new emergency entry and welcome hall. Image: ACT Government.

Planning Minister Mick Gentleman has called in the $600 million Canberra Hospital Expansion project to ensure it stays on schedule, but he cannot say how much time his intervention may save.

Mr Gentleman said the approval came with conditions addressing areas of community concern, and he was confident the planning authority had made a rigorous assessment of the development application.

He rejected assertions that the move had undermined the planning system, saying it was important the project stays on schedule. However, there did not appear to be any evidence that it would be delayed significantly.

READ ALSO Gun amnesty nets a flame-thrower, 10 hand guns and 344 firearms, but have you checked the toy box?

“It’s important for the Canberra community that this project goes ahead in a timely manner,” he said. “It’s important that a minister can step in and make these decisions.”

He said it was rare to use the call-in powers, but it always involved an important project for the ACT.

Recent call-ins include the Manuka Oval media centre in 2018, the Dickson shops development in 2019 and last year the Common Ground social housing project, also in Dickson. 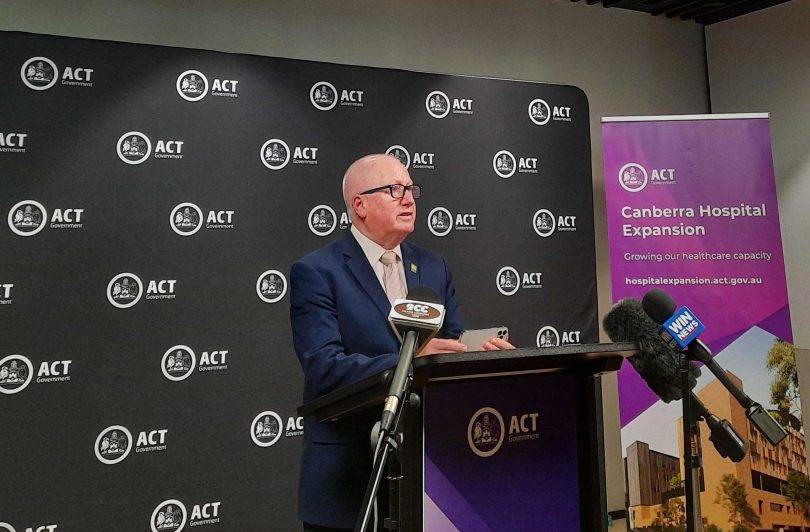 Planning Minister Mick Gentleman: “It’s important that a minister can step in and make these decisions.” Photo: Ian Bushnell.

Mr Gentleman said there had not been any representations from the Chief Minister or Health Minister to speed up the process.

The conditions imposed include a revised configuration for Hospital Road North and a long-term parking plan.

The approval covers these, as well as the reconfiguration of the existing emergency drop-off.

Last year the ACT Greens attacked the Minister for ramming through development decisions, and the Canberra Liberals criticised him for bypassing community consultation.

Greens planning spokesperson Jo Clay said today that the party opposed the use of call-in powers that nullify appeal rights, saying it shows a failure of community consultation.

“Projects should be planned and run properly, and communities should be consulted early enough that call-in powers simply aren’t needed,” she said.

But Health Minister Rachel Stephen-Smith said the approval reflected the strong level of community engagement and consultation on the hospital project over the last 18 months and that there had only been nine representations made on the DA.

Ms Stephen-Smith said those community and clinical reference groups would continue to meet and have input as the detailed design is finalised through the construction phase.

She said it meant Canberrans would have access to the expanded health facilities as soon as possible and that construction would start later in the year.

Ms Stephen-Smith said the project, to be built by Multiplex, remained on track for completion in 2023-24 and on budget.

Demolition of buildings 5 and 24 was underway, and nine projects had already been delivered, including the new administration facility in building 28, refurbishments to buildings across the campus and the new Building 8, which opened last month.

I understand the last DA was never completely implemented, in that the second multi-storey parking building was not built. The planning decision to omit the hospital from convenient access to the light rail network makes one wonder again about “the planned city”.

Stop gap. Until they negotiate Calvary out of the north.

Mick needed something to hang his political career (hat) on. This was always on track. Mick is just grabbing a free ride.

This is a very poor location for a major regional hospital, and successive administrations have allowed ad hoc random development on the campus. We need a new hospital on a large and more accessible site.

I know this is tongue in cheek but how is Acton Peninsula even close to being as big and accessible as the existing Woden site which is smack bang in the middle of Canberra?

And this coming from someone who lives in the fat north, probably as far away from Garran as you can get and still be in suburban ACT.

One decent, and by decent I mean all services offered and a secondary A&E hospital is enough for Canberra and Garran is fairly accessible for everyone including me.

That’s a bit harsh on the good Burg(h)ers of Gunghalin, haha.

But Garran is not to be accessed by your beloved tram network, JC.

10 years over due, yet we’re suddenly in a hurry?

The new design isn’t future proof and will likely require a new hospital down the track.

Bandaid solution where some guts and money is required.