Gentlemen… Start your engines with ACTelection2012 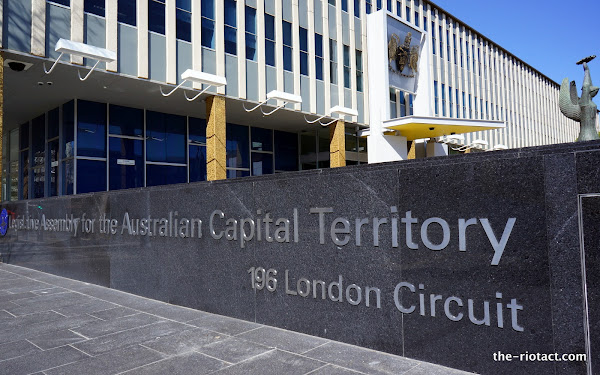 In addition to RiotACT’s extensive election coverage and candidate challenge I’m writing ACTelection2012; a blog covering all the sensational aspects of the upcoming splendour that is our democracy. It casts the spin aside and shoves party politics down the proverbial spiral staircase, getting right down to the important issues that you need to know before you need to figure out how to work the ballot paper. It even covers the exceptionally delightful topic of tax reform.

The well-known local human rights advocate has decided she wants to show our current crop of pollies how to do it. I had the pleasure of meeting the imposing woman and chatted to her about her ambitions.

When you get right down to it, what on earth are they arguing about? The different Parties are debating some pretty complex stuff. I arduously sifted through tomes of confounding numbers so you don’t have to.

Social media in this election

Barack Obama nearly crashed Reddit. So how do our local politicians match up with tweets, pokes and likes?

Chic Henry is famous for bringing a huge concentration of rum, petrol, machinery and money into the Capital every January. It’s also known as Summernats. But he now wants your vote to enter the Assembly.

Two inevitabilities of life: Death and the Lease Variation Charge

If you’re even thinking of buying the house (ever!) this one’s for you. Our two major Parties are seriously split on how to build our city.

Vanessa Schultz - 5 hours ago
Too young, and always a happy football mad kid, I grew up across the road in Hopetoun Circuit Yarralumla from the McInnes RIP View
Carol Jean - 15 hours ago
So sad, a true gentleman View
Stephen Keir - 18 hours ago
Sad news Always polite and genuine. View
Opinion 48

@The_RiotACT @The_RiotACT
“Witness J” speaks to Genevieve Jacobs about being incarcerated with Canberra’s sex offenders, his anger and his fears about our nation’s growing secrecy https://t.co/0X7XNZbVN4 (48 minutes ago)