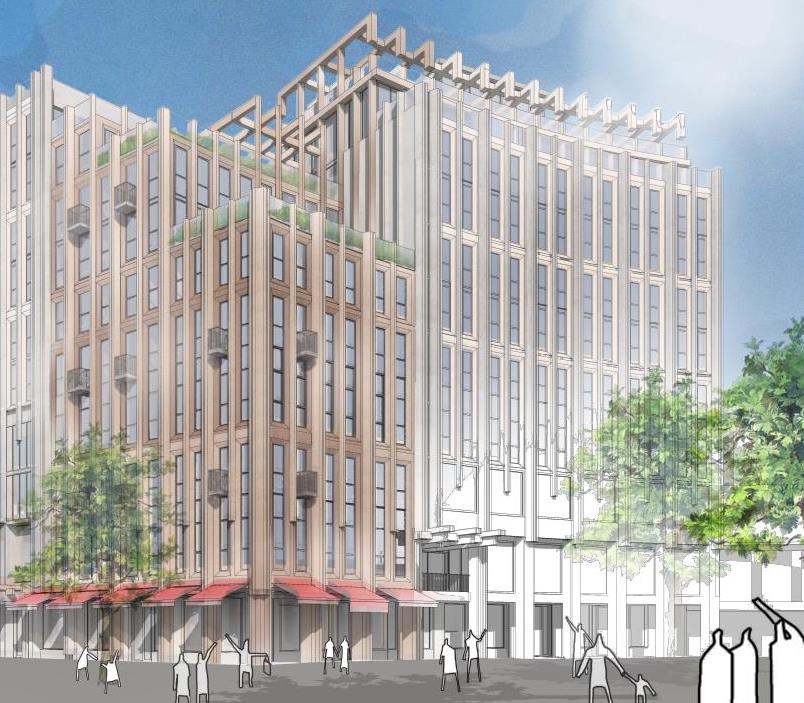 Geocon has again amended its proposal for its Canberra City Luxury Hotel project in Garema Place to address concerns about overshadowing, parking and noise.

This is the fourth iteration of the almost $70 million mixed-use development which Geocon says will revitalise the city centre.

In May, the company unveiled its third version for pre-DA consultation, and has now addressed some of the concerns in a new development application.

The new proposal cuts the number of apartments from 215 to 212, provides more office space to generate day traffic, increases parking to 90 spaces and scales back the upper levels to reduce overshadowing on to Garema Place during mid-winter.

Geocon says it has also addressed minor comments about noise and will continue to respond to feedback on the project website.

It says the proposed development will include the hotel, three basement levels and a mezzanine level, including two levels of offices, ground floor restaurants and basement venues for public and private events. 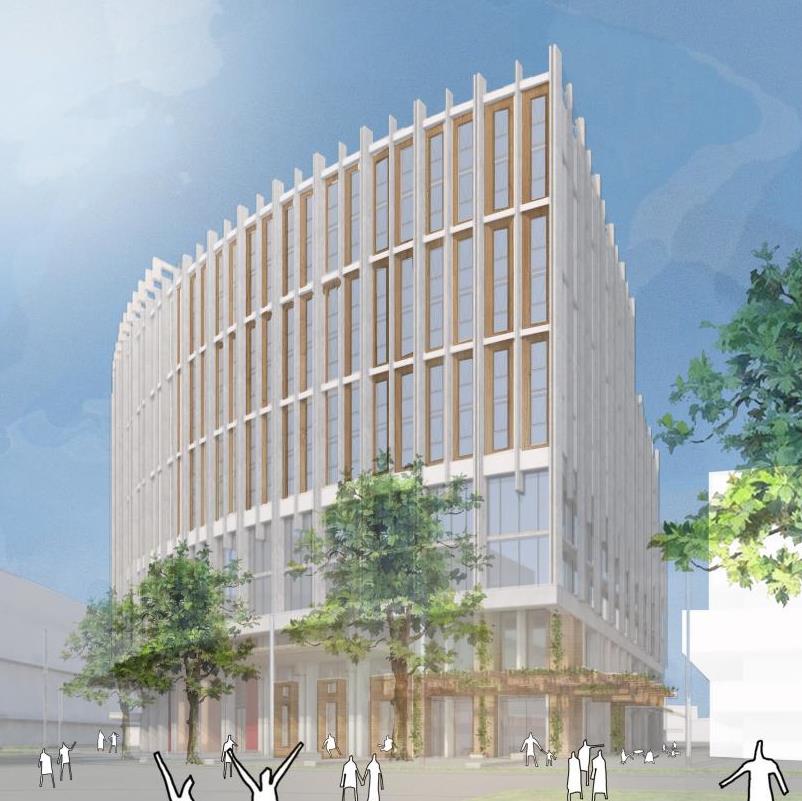 The development from Bunda Street.

Geocon says it will be an iconic building that will deliver a vibrant mixed-use precinct, with the hotel including a multi-use ballroom, multi-use spaces located in the basement for comedy, live music, and other events. The company has been actively supporting the music industry in its efforts to ensure noise complaints do not see live venues shut down.

A signature restaurant will be sited on Level 7. Fronting both Bunda Street to the north and Garema Place to the south, the proposed rooftop will be a ‘hive of activity’ with an external roof terrace, large swimming pool, bar, outdoor lounging and seating areas and outdoor fitness areas including a gymnasium, as well as another restaurant.

“The proposed alfresco dining on Bunda Street and more importantly Garema Place, will transform the space and encourage more activity in this precinct,” the proposal says.

It says the provision of alfresco seating, low level wind protection, and lightweight retractable awnings and umbrellas, including heating and lighting, will set a precedent for the city.

“The renewed interest from the proposed development will invite pedestrians to come into, move through and most importantly stay within the Garema Place public realm and promote engagement with adjoining shops, cafes, restaurants, bars and businesses,” the proposal says.

Geocon, which owns and operates the Iconic Hotels group (formerly Abode), bought the Garema Centre building at 70 Bunda Street (Block 5 Section 47) in September 2017 for $13.35 million. It then acquired Block 1 Section 47.

Bob Jones - 34 minutes ago
Deb Wheare And Lynne Meredith... I've heard because of the more right someone who identifys as being an Aboriginal or Torres... View
Kev Martin - 10 hours ago
I find If you stop breaking the law, you don't get locked up View
Deb Wheare - 21 hours ago
Jacob Torresan face palm View
Property 14

Pari Gilmour - 11 hours ago
I support a burnout pad. Zero interest myself but obviously these guys need a social space to do their thing. Happy to suppor... View
Opinion 33

Mogo zookeeper Chad Staples has shared his pain at losing one of the two lion cubs he's been hand-raising since...
Opinion 0

The staff and customers at Jindabyne Bowling Club were surprised to see a brown snake slither up to the bar...
News 31

If Garema Place is part of Canberra’s ‘soul’, we’re in purgatory

@The_RiotACT @The_RiotACT
From exquisite handmade jewellery to high-end homewares, there’s no end to the tantalising treasures to be found in the shopping paradise of Bungendore https://t.co/2kwXuEVseH (1 hour ago)

@The_RiotACT @The_RiotACT
Book a seat for Kambri Film Fest 2021, a free festival that celebrates and elevates the contributions of creative women in the film industry https://t.co/5oivpfnWaq (11 hours ago)