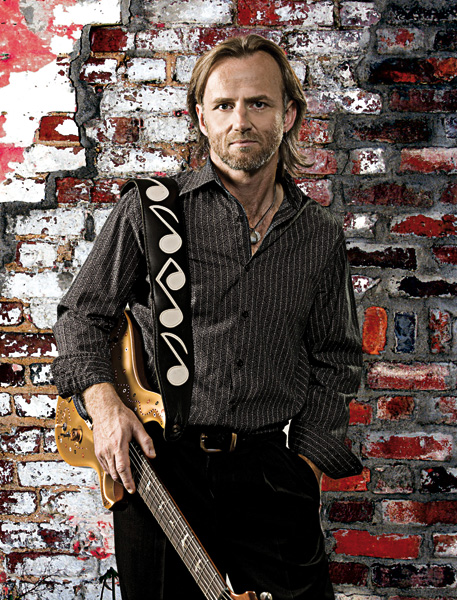 Geoff released his first solo album Big Machine in 1994. In 1995 Geoff represented the MBAS in Memphis, USA winning the Albert King Award and scoring an endorsement deal with Gibson Guitars and has since toured the US, UK & Europe.

Geoff’s inventive and passionate guitar playing shines as he powers through an inspired set of bluesy, soulful originals. Geoff will play an acoustic solo set, followed by a set backed by Canberra’s own greats – Wayne Kelly on keyboard, James Luke on bass and Mitch Preston on drums.

When: Friday 27 February 2015
Time: From 8pm
Where: Harmonie German Club

Meegan Ward - 7 minutes ago
Tim Pratten yes I'm sure they are, at the moment the place they are suggesting does kind of look like a prison yard. Here's h... View
Tim Pratten - 14 minutes ago
Most caravan parks are fairly nice these days. View
Ashley Wright - 23 minutes ago
Daniel Howell if you look at the article there is a map. That might answer your question. View
News 126

Daljot Singh - 25 minutes ago
It's good to see people care about us but in all honesty no one discriminating this ruling wears a turban. So you really don'... View
Paul Bonnar - 33 minutes ago
Daljot Singh, mate I’m not having a go at you or the Sikh way of life. I’m simply mentioning that the government are will... View
Daljot Singh - 34 minutes ago
Imants Ezergailis for a bicycle Yes. View
News 13

Lisa Logue - 28 minutes ago
I feel sorry for the staff expected to work outdoors in hazardous air quality. View
Opinion 37

Daniel Duncan - 44 minutes ago
Both sides do the same thing. The only way we can get rid of them is to vote them out. View
Frank Trapani - 1 hour ago
Malcolmo Oz. No . What I am saying is; "she has not been charged with anything yet," and until is proven that she's done some... View
Malcolmo Oz - 1 hour ago
Bethany - +1 on the federal ICAC. However, I wouldn't necessarily pin my hopes on a Labor govt delivering one. It seems that... View
News 10

It's been revealed that the large air tanker which went down Thursday afternoon with the loss of all those aboard...
News 41

@The_RiotACT @The_RiotACT
Get ready to eat & drink your way around the world at this year's National Multicultural Festival, which will be headlined by music icon Vanessa Amorosi & former MasterChef winner Adam Liaw https://t.co/h8PWkTS0Jd (58 minutes ago)