Giulia is the hero Narrabundah deserves 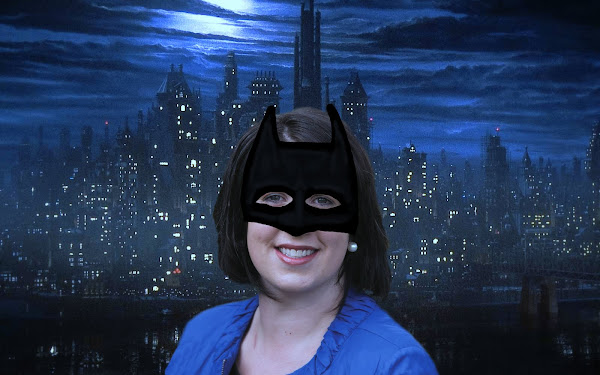 For the past 20 years the Narrabundah Slasher has run amuck on the terrified southern suburb, but he may have made a critical error in repeatedly slashing the tires of Lucia MacFarlane, Giulia’s sister.

Giulia has sworn that she will bring this menace to justice.

”It’s over a decade and the people of Narrabundah seem to have been mildly terrorised by somebody,” she said. ”I’m just wondering why we haven’t taken proactive action to apprehend this guy – or these people.”

According to this Canberra Times story, the Police have identified a suspect but were unable to find enough evidence to stick.

Giulia isn’t pleased about this.

‘You go to bed at night unsure what’s going to become of your car by the next morning. It feels like an invasion of your private space.

Good quote, now imagine her saying it in a Christian Bale Batman voice, then leaping into her poorly parked Giulia-mobile and racing off to save the day.

Maybe Giuliani could leave her sister parked illegally and the slasher may decide to slash that spare tyre hidden under her top.

I wonder if the Narrabundah Slasher and the Ainslie Phantom Crapper are related?

It would be good to catch this person. It will be interesting to see if they can make more than one instance of the charge stick, however.

Hopefully the good folk of Narrabundah will beat them to within an inch of their life once our justice system has sentenced them to a $50 fine and an hour of community service.

I wonder if the Narrabundah Slasher and the Ainslie Phantom Crapper are related?

It would be good to catch this person. It will be interesting to see if they can make more than one instance of the charge stick, however.

Im sure ACT Policing appreciate her guidance on how to collect evidence in the course of undertaking an investigation.

At the end of the day, jumping up and down because something bad happened to her doesnt really help her image as being one with the people.

And yes the Guilia-mobile may consider trying not to get caught by cameras parking illegally as well.

Our MLAs really are not doing themselves any favours. Im sure someone with a little creativity could make a great sitcom script out of their little stunts.

maybe the tyre slasher just got the wrong sister. It’s probably just someone jacked off with Gulia’s continuing atrocious parking…

I wonder if the slasher might just own a tyre shop in near by Fyshwick, would be a great way to drum up business. Also given Giulia covered entire Community Notice boards with her campaign material last election covering over, small business ads and community event I doubt she has the ability to care about anyone else.

If her sister parks like who ever drives the Giulia car I’m sure there are thousands of people wanting to slash her tyres.

Call what you like. That’s been my experience twice.

On one of those occasions five cars had been vandalised on the street.

Fair enough. If I call to report property damage and they refuse to provide me with a job number, I wouldn’t just bend over and take it. I guarantee you they would end up taking the report.

Call what you like. That’s been my experience twice.

On one of those occasions five cars had been vandalised on the street.

Must say, I’m quite intrigued by the ‘Narrabundah Tyre Slasher’ story.

Such a childish act but surely if it were a child or an amateur they would have been caught out by now.

If & when they ever get caught, I’ll be interested to know what their motive’s were.

Would Giulia even care if her sister wasn’t affected?

I just love the muttering by police about the under-reporting brought on by their refusal to take a bloody report.

And is this town big enough for two heroes in Giulia and Snorkel?

She will now have to walk to Maccas.

Would Giulia even care if her sister wasn’t affected? The parking skills of her or her staff would suggest that she doesn’t give a stuff about others most of the time.

She obviously has her minions deliberately parking the Guila-mobiles in provocative locations in order to draw The Slasher out for the final showdown.

Meanwhile if my job could now be just to draw superhero masks on politicians all day I would be very happy.

Maybe she should park the Battywoman Mobile in a few more disabled car parking spaces to lure the dastardly Narrabundah Slasher into her crime-fighting hands?

Dragan Gluhović - 2 minutes ago
Can't make everyone happy. He had a time to show his strength in politics View
Stephen Page-Murray - 21 minutes ago
Rooster James They used to vote Liberal... View
Mai Linh - 41 minutes ago
Nevil Kingston-Brown, we were just discussing that Barr’s Govt needed an effective opposition... View
Community 7