“Glass House Gallagher” in timesheet trouble of her own? 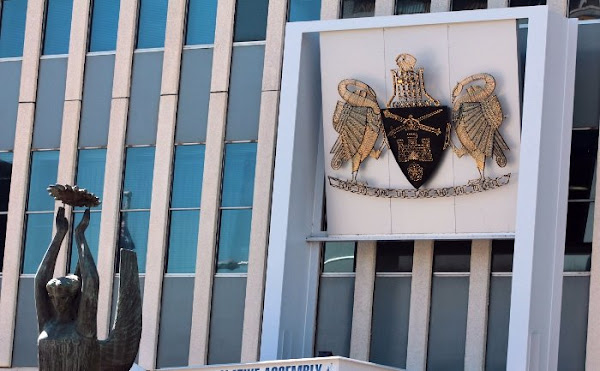 Liberal Leader Zed Seselja’s efforts to distract from his timesheet woes have taken a spectacular new turn with Zed getting hold of a scathing audit report on the Chief Minister’s own staff management and timesheet issues:

In a major embarrassment for the Chief Minister, it has been revealed that Katy Gallagher, who has run a malicious witch hunt on timesheets against the Opposition, faces her own timesheet problems including an Auditor General finding that ‘the failure to account for leave taken amounts to improperly obtaining a benefit’ in Ministers’ offices.

“The Chief Minister has set the standard and called late time sheets ‘the biggest scandal in territory history.’ It is now apparent the biggest perpetrators may be the Executive she leads,” ACT Opposition Leader Zed Seselja said today.

“ACT Labor Minister’s staff claimed at least $15,000 in leave which the Auditor General found amounted to ‘improperly obtaining a benefit ‘and according to reports, Katy Gallagher is unable to confirm that this money has been paid back.

“The facts speak for themselves. An Auditor General’s report from some of the same period the Opposition is being reviewed has found that:

— Ministers ‘offices had only a 57 per cent submission rate for timesheets. (p32)
— ‘Internal control over submission of attendance and leave forms, particularly by staff of some Ministers was inadequate.’(p4)
— ‘Ministers’ staff recorded 39 days leave in their timesheets that were not deducted from their leave.’(p6)
‘Where necessary, arrange for the recovery of overpayments in salary and LAMS allowance from staff on leave.’(p10)
— ‘The failure to account for leave taken amounts to improperly obtaining a benefit.’(p35)

We’ve asked the Liberals exactly which audit report they’re quoting and if we can have a copy as the Auditor-General’s website has no activity since Maxine Cooper took up the role.

UPDATE 23/03/12 09:12: All becomes a bit clearer. Fast on the uptake as ever Zed is referring to a 2009 Audit Report which found fault with all in the Assembly. His own office’s alleged breaches continued after things were supposed the be cleaned up.

16 Responses to “Glass House Gallagher” in timesheet trouble of her own?
Filter
Showing only Website comments

And there is a fundamental difference between a simple failure to complete time sheets, and what Zed’s office is accused of. Tio Faulkner is alleged to be working almost full time for the Libs, while being paid for by the Assembly (ie, us).

That’s fraud, Zed. Quite different to just being slack.

However, if Katy is clean then she should open the books as well.

It’s like he thinks we’ll forget that he paid a staffer a full-time salary whilst he didn’t ever enter the building.

Absolutely. The questions will be whether the indiscretions referred to are real, and the magnitude.

And, if proven, then whether the ACT taxpayer-funded assistance means that Gary Humphries retained his senate seat illegitimately.

Absolutely. The questions will be whether the indiscretions referred to are real, and the magnitude.

I heard Zed talking about this on the radio this morning. Bizarrely he still seems incapable of pronouncing Katy Gallagher’s name.

I heard Zed talking about this on the radio this morning. Bizarrely he still seems incapable of pronouncing Katy Gallagher’s name.

Is Tio working for both sides of the chamber?

You didn’t notice this?: “Zed is referring to a 2009 Audit Report which found fault with all in the Assembly. His own office’s alleged breaches continued after things were supposed the be cleaned up.”

The whole thing is Zed attempting to deflect attention away from the fact that after the entire assembly was put on notice, his office was the only one that failed to meet the required standards … after 3 years no less.

The auditor generals report from 09 was a wake up call for the way that things operated in the Assembly. The rest of the offices took on the advice and changed to move into line with the recommendations made by the auditor, but Zeds office clearly did not.

This is just the latest in a line of unseemly smear attacks made by Zed to try and muddy the waters before the current inquiry reports its findings.

Nothing to see here.

It was only a matter of time, as comments on the other thread on this suggested. Given the expenses scandal in the UK, which compromised politicians from all sides, I was surprised that Gallagher came out with such strong language against the Libs in the first place.

Colin Vivian - 2 minutes ago
Elroy Jones and if you look at the ACT audited financial statements you’ll find net financial liability, net debt, net oper... View
Elroy Jones - 2 hours ago
Ruth Brown that’s because they’re underground (where they should be!!) DA won’t get through this Gov without serious at... View
Ruth Brown - 9 hours ago
Elroy Jones Interstate coaches can't fit in underground carparks. I catch the tram to work & haven't seen anywhere between Gu... View
Property 51

Latoya Wedlake - 4 hours ago
Joel Davies this is prefect.. my birthday coming up soon 🙂... View
Natalie Murnane - 8 hours ago
The two golf courses next door aren't enough? View
Frank Murnane - 9 hours ago
Would need to clear the trees for a chipping green View
News 36

There are three new cases of COVID-19 in the ACT, bringing the Territory's total up to 96. Two of the...
*Results are based on activity within last 7 days

@The_RiotACT @The_RiotACT
Wondering about the best ways to talk to your young children about coronavirus? Here are some expert tips https://t.co/uv6q0PBSMi (25 minutes ago)