Good Luck to You, Leo Grande is a gentle, thoughtful, eye-wateringly funny film about sex 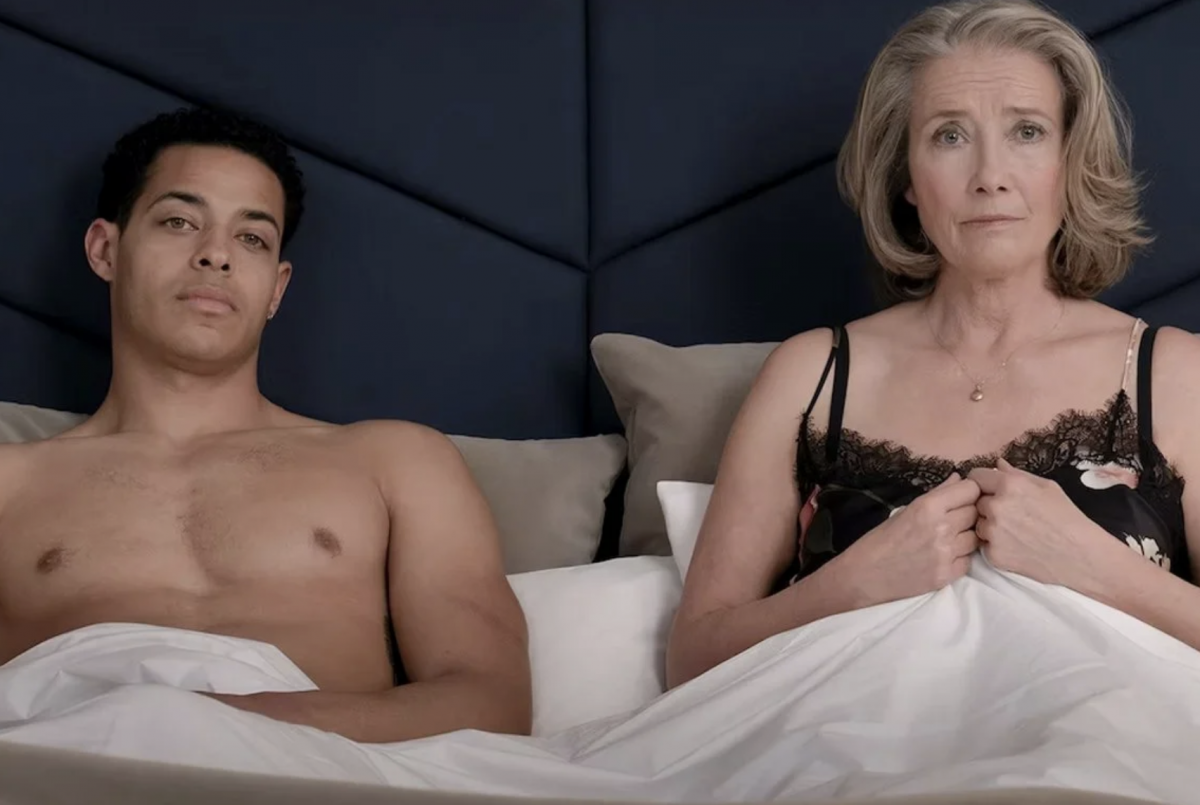 Here’s the setup: Nancy Stokes, a retired Religious Education teacher in her 60s (Emma Thompson) books into a hotel room. Not long afterwards, she is joined by a man half her age or more, Leo Grande (Daryl McCormack), who is a sex worker.

Nancy has only ever had sex with one man in her life, her husband, who has been dead for two years. Their love life was about as uneventful as it gets: missionary position only because her husband thought anything else was demeaning. Never in her life has she had an orgasm.

Nancy has booked this sex worker on a whim – at one point, she describes it as an act of madness.

Daryl is gorgeous, Irish and only wants to give her pleasure, but she isn’t even sure if that’s what she wants, suggesting it was a silly idea. She says at one point, “I’ll pay you half and you can just go”, before interrogating him about what his mother thinks he does.

Leo says she thinks he works on an oil rig in the North Sea while his brother is in the Army. Nancy says she believes every young man should do a stint in the Army.

It’s apparent that Nancy has developed many issues over the years – she’s not even sure if she likes her own two children. And a stint in the military? How much intergenerational PTSD has this woman been carrying all this time?

This film is a delightful ride. In the hands of such a masterful actress as Thompson and with an original script by British comic Katy Brand, we are watching an extremely funny film.

After Nancy and Leo spend the first night together, we meet them again for their second encounter, where some of her sharp edges seem to have softened. She presents Leo with a sexual shopping list, which is eye-wateringly funny.

But when he suggests they spend more time together, she accuses him of milking her for money. That prickliness is never far away.

When they meet for a third session, the entire dynamic of the film changes. Nancy has been cyberstalking Leo and now knows his real name.

Outraged, he says he never wants her to contact him again and storms out of the room, only to come back when he realises he has left his phone behind. Yes, there has been a betrayal of trust, but the conversation continues. This film is all about conversations.

We find out that Leo (not his real name) wanted to keep his private life hidden. He was discovered having group sex with some friends when he was a teenager by his mother, and no, she doesn’t think he works on an oil rig. To her, Leo is just dead.

We next see Nancy (also not her real name) sitting in the bar of the hotel where they have been seeing each other. At first glance, she seems almost totally changed. For all the difficulties that have transpired between them, Leo has provided her with sexuality or confidence or a mixture of both, and perhaps something more she’s never had in her life.

She just wanted this opportunity to apologise to him and bid her farewells. Still, they end up upstairs together again, and quite a few magical things happen.

Directed by Australian Sophie Hyde, Good Luck to You, Leo Grande explores, with dignity and respect, what we all need in life – some understanding and tenderness. I’m not sure if I’d use the word love – but I came away from that film thinking that’s what it gave me.

Both actors are in spectacular form, charting the choppy waters of sex and where our boundaries begin and end with grace, gentleness and incredible closeness.

This two-hander has been the best film I’ve seen this year. Good Luck to You, Leo Grande gets five out of five stars.

Good Luck to You, Leo Grande is showing at Hoyts Belconnen and Woden, Palace Electric and Limelight.