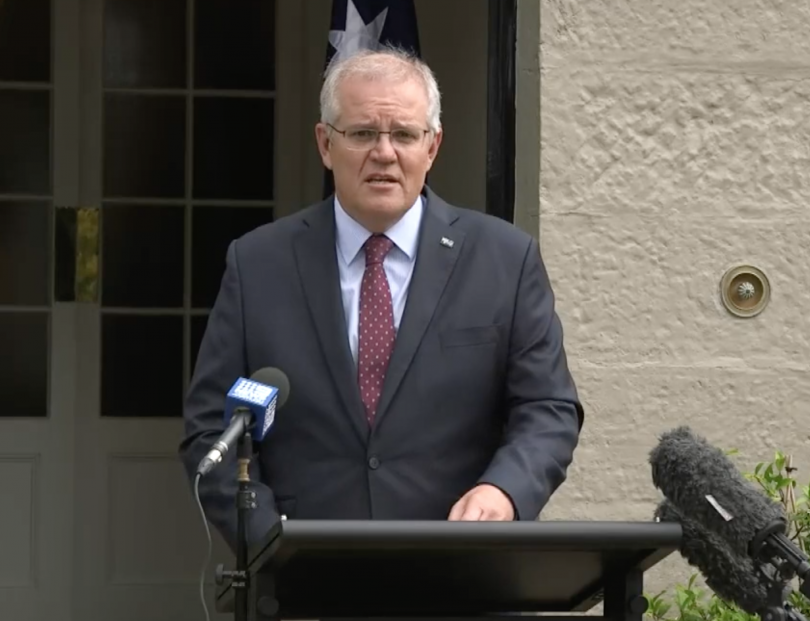 Groucho Marx once quipped: “I refuse to join any club that would have me as a member.”

And one might ask why anyone would want to be a member of a school that thought it had a God-given right to discriminate against a particular group of people.

But issues such as that raised in this week’s torturous debate in Parliament on Scott Morrison’s promised religious discrimination bill aren’t immediately apparent for families of one faith or another, and sometimes no faith, who choose to send their children to such a school.

In the case of sexual orientation, it may emerge only after years of commitment and involvement with a faith-based school and the building of friendships and community.

For staff, they may be of faith or simply have grown up in that school culture and feel comfortable there, or they may want to work at a prestigious institution.

The bill aims to give religious organisations, not just schools, the right to discriminate based on a genuinely held statement of belief that is part of their faith. It may extend to other institutions such as hospitals and discrimination may expand to other ‘sinful states’.

Religion does not have a good record when it comes to how it judges people in God’s name.

A Biblical text from many thousands of years ago has been enough to damn and criminalise same-sex relationships, a letter from St Paul has been used to subjugate women, unwed mothers and divorcees carried a burden of sin that cost them their children and cast them out of their communities, scripture has been used to justify slavery and discrimination against people of colour, and the list goes on.

A statement of belief is simply not enough to avoid being subject to the nation’s laws which aim to apply equally to all citizens.

Indeed, when the term ‘people of faith’ is thrown around, what does this actually mean?

There are many people of faith, with diverse views and opinions who don’t necessarily agree with the noisy fundamentalist Christian lobby groups or the powerful clerics of the Catholic or Anglican churches, some of whose schools are more corporate entities selling privilege, networks and yes, a high-quality education, than places of any particular ethos that warrants special protection.

The point is faith does not hinge on matters as personal as sexual orientation, and not all families at church-based schools are there for faith, and even those that are have as much chance as anyone of having a child that may be ‘different’.

It is not surprising that religious schools want to retain as much power as possible, including the right to hire and fire and choose what students are enrolled and who they can exclude or expel.

But what they are arguing is that their particular ethos, which doesn’t seem to stop some from accepting families of a different faith or no faith, means that it can discriminate against people not because they have done anything wrong but because of who they are.

It should be remembered that these schools survive and thrive on millions of dollars of government funding, and are already subject to a whole range of regulation.

We, as a nation, have come a long way since I was a child growing up in the 60s and 70s when pejoratives for homosexuals were common terms of abuse and sexism was ingrained.

Like any other institution, schools have always had a percentage of people who are attracted to the same sex or whose gender may be blurry and always will. No amount of discrimination will stop that from happening, but sanction and exclusion will continue to cause damage if allowed.

Religious organisations are asking that they can apply a moral code that was always wrong, inflicted pain and never had anything to do with an inclusive God of love.

The notion that religious freedom in this country is somehow under threat is ludicrous.

The religious discrimination bill was always ill-conceived and unnecessary. While the amendments forced on the government by some of its own members, Labor and others are welcome, the best way to protect students is through the current anti-discrimination legislation.

It is good news that it has not made it to the Senate, and is now unlikely to reappear before the election.

So I guess those schools of a certain faith starting with “I” allow people of other faiths, not to mention the alphabet soup of LGBTI……? No protests at their gates

churches gave up the high-moral ground years ago – now they need puppets like Morrison to help them act against the current laws of the land.

By religious groups, they are referring to Christian. One never mentions the other obvious religion that persecutes gays, LGBTI and try and get your trans child into one of their schools.

Recently a female aussie rules player refused to play in a rainbow jersey because of the way she had been bought up to believe. Imagine now a Christian player doing the same. Imagine the outrage!

The world would be much better without any religions to warp peoples minds.

Yes, while she did receive some criticism it did seem to be rather subdued, especially from many who would have been very vocal if she was a Christian male.

In her case she is admitting that her future standing as a community leader would be damaged if she wore the jersey. Which does provide an unpleasant insight into her community.

Perhaps a future leader should be taking a stand and leading her community out of bigotry.

I wonder if her team will play in Canberra this year, as they are our “home team”. If so, it is rather poor form for the ACT government to be paying money to bring such a person to town.

The bottom line is that religious belief, of any sort, is voluntary. Race, ethnicity, gender, sexual orientation, age and disability are not, but are inherent. It is unconscionable for the rights of the former to trump those of the latter when they come into conflict.
Perhaps the only way through this morass of conflicting rights (despite my personal misgivings) is, if religious organisations are so insistent in setting up ghettos of doctrine-based discrimination, that they are prevented from receiving any government funding. They could then retain their apparent doctrinal purity and we would also soon find out to what extent that purity is valued.

Was a bill looking for a problem to solve in the way it had been pulled together, and deserved to be flushed down the toilet as it was.

There may well be gaps in the discrimination framework that need further consideration – but this Bill was not the way to address it – especially trying to rush it through at the last minute to score points with the Government’s leadership’s best buddies.

Just like the stupid proxy advisor changes of Frydenberg’s that got flushed by the senate but were only progressed on the basis of him trying to keep buddies happy – poorly thought out approaches got the outcome they deserved.

My heart goes out to oppressed faith schools. All they’re left with now is generous federal-state funding, plus the rights to charge uncapped fees, pick and choose the best students for the brand, and sidestep tedious anti-discrimination laws.

Only a lunatic would really want Religious Freedom.

There are/were real world religions so horrible they should not be allowed to exist.

The Aztecs cutting out people’s hearts to help the sun rise is an obvious example, but there are many many more.

When people use the term “Religious Freedom”, what they really mean is that people are free to follow religions that the community finds acceptable enough.

And that opinion of what is considered “acceptable enough” can change over time.

Too many evils have been done in this world to honour or appease the imaginary creations of deranged people.

Any move to placate religious groups is a step backwards into darkness.

Those protesting the marriage debate were right. 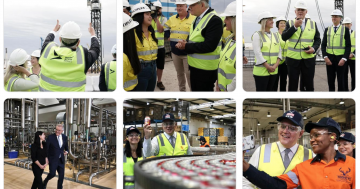