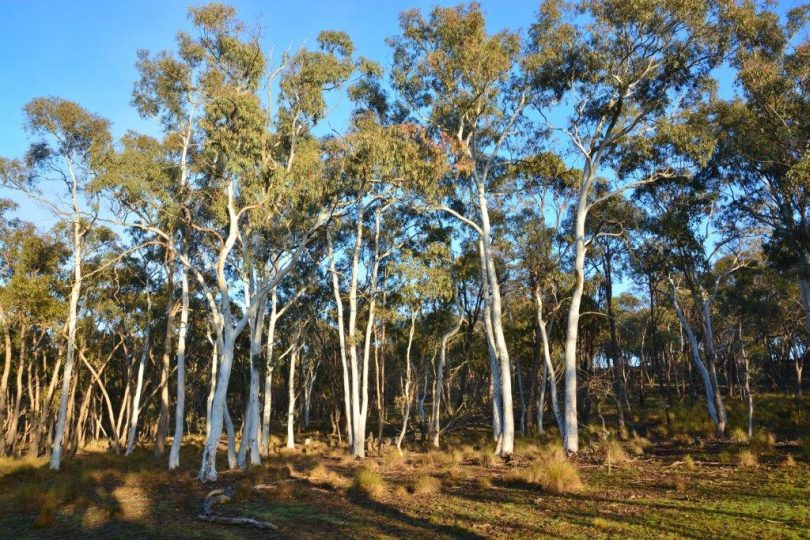 An action plan is soon to be developed with detailed measures to provide greater protection for mature trees and the vulnerable birds that nest in them.

The loss of older native trees that provide crucial habitat for many native animals has been recognised as one of the main threats facing vulnerable superb parrots and glossy black-cockatoos in the ACT.

Mature native trees, which have developed hollows within the trunk and branches, are an important form of habitat for mammals, reptiles, bats and birds, who use the hollows to nest, raise young and shelter from predators.

Following advice from the ACT Scientific Committee to the Minister for the Environment, Mick Gentleman, the ‘Loss of mature trees and a lack of recruitment’ has been added to the Key Threatening Processes list under the Nature Conservation Act 2014.

ACT Conservator Ian Walker said it will be the first listing of a Key Threatening Process in the ACT and as a result, an action plan will be developed. 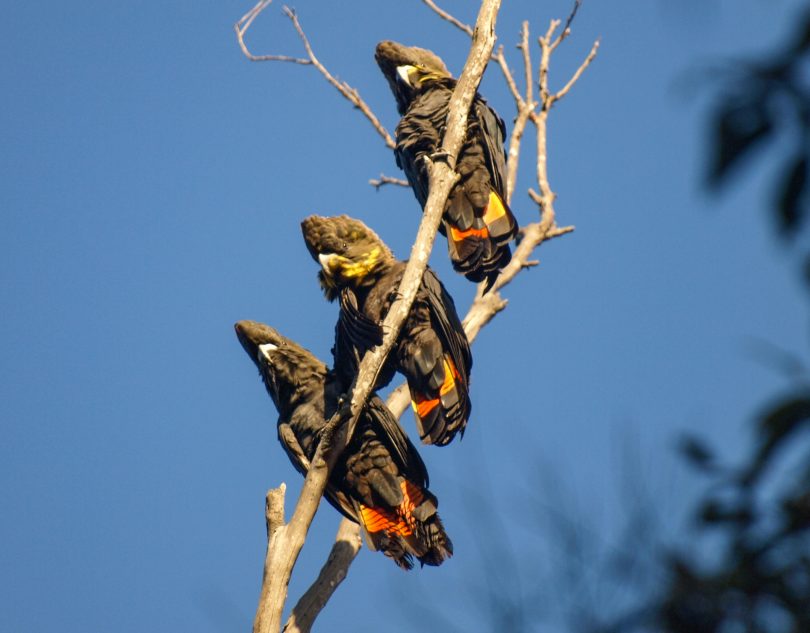 “It will mean an action plan can be developed with detailed measures on what can be implemented to provide greater protection for mature trees,” Mr Walker said.

“Mature trees can provide crucial habitat that can take over a century to replace. Hollow formation is an incredibly slow process with most hollows forming in eucalypt trees after 120 years. They are formed through weather damage, branch shedding, insect attack, and advanced through modification by strong-billed native parrots like cockatoos and galahs.”

Mr Walker said since urbanisation and land clearing began in the ACT region, there has been a dramatic decline of mature aged trees and competition for suitable nesting hollows has become fierce.

“Birds such as superb parrots, that migrate to the ACT each year, must work extra hard to compete with our resident parrot community for nesting hollows,” he said.

“Superb parrots, like many other threatened Australian birds including swift parrots, brown treecreepers and glossy black-cockatoos, are unlikely to persist in the ACT without stronger protections of hollow-bearing trees.”

Feedback - 59 minutes ago
The article mentions that 'The path out will resemble last year’s easing but will include working from home for some time t... View
whatwik - 2 hours ago
With the school holidays upon us, spare a thought for children and parents (and grandparents!) in Cowra, which was among area... View
Opinion 49

Tom Worthington - 1 hour ago
Not "Man the torpedoes", it will be: "Activate the AI in the Uninhabited Underwater Vehicles". ;-) More seriously, Australia... View
chewy14 - 1 hour ago
JC, I've repeatedly said this isn't mainly about the hardware although it helps. And why can't we strengthen our non military... View
chewy14 - 1 hour ago
Won't be fooled, I said it helps to protect Australia. But only partly through the hardware, the bigger benefits come from th... View
News 2

@The_RiotACT @The_RiotACT
Cold weather is sweeping in again across NSW and ACT, potentially bringing #snow, #hail, and damaging #winds with it. Here's what you need to know https://t.co/SiTWclpxRK (35 minutes ago)