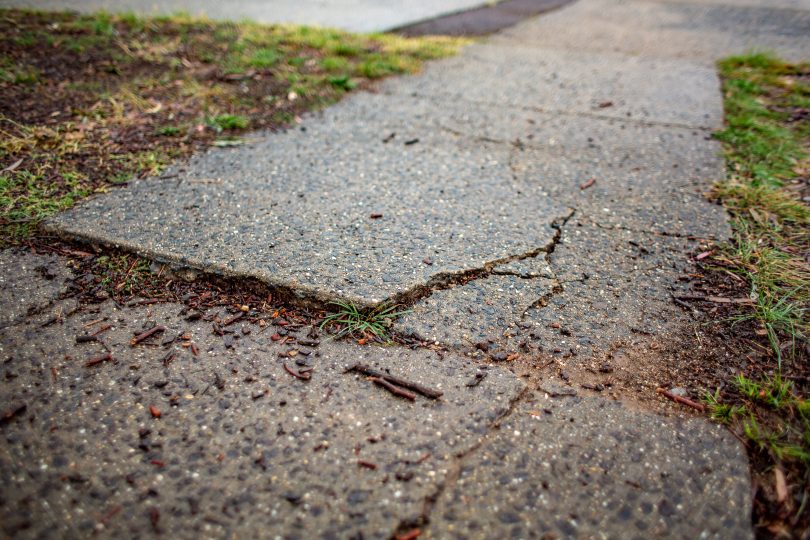 Narrabundah, Isabella Plains, Stirling, Campbell, Aranda and Holt are the newest suburbs to receive funding to upgrade and install new paths to improve the network.

The ACT Government said it chose to improve path network infrastructure and connectivity in these suburbs due to the older demographic of residents aged over 55 years, and because the suburbs are home to aged care and retirement facilities.

The upgrades, which are part of the Government’s Age-Friendly Suburbs Program, include pram ramps for parents and older Canberrans using mobility scooters, completions for connective paths to green space and shopping centres and pedestrian refuge areas.

The program has been underway since the 2015-16 financial year and is funded until 2021, with Weston, Ainslie, Monash, Kaleen, Page and Hughes receiving upgrades in the past few years.

ACT Minister for City Services Chris Steel said the funding supports the Government’s commitment to ensuring Canberra remains an age-friendly city that is accessible and inclusive of all people at all stages of their lives.

He said the ACT Government is committed to supporting and enabling a healthy community environment that is accessible and inclusive of people at all stages of their lives, in particular, older residents.

“Putting the focus on infrastructure that encourages physical activity and improves the wellbeing of our older population also benefits the community as a whole,” Mr Steel said. “These improvements will encourage everyone to stay healthy and active.

“Existing suburbs that were gazetted in the 1920s have ramps that are too steep since the standards have changed around footpath infrastructure.

“The universal design principles are good for all people and improves accessibility for people with a disability, young people and children in prams as well.”

ACT Minister for Seniors Gordon Ramsay stated Canberra has more seniors than at any other time in the city’s history, highlighting the importance of the improved infrastructure.

“Feedback from the Age-Friendly City Survey in 2018 told us that safe walkways are important to support the active participation of senior Canberrans,” he said. “That is why the Age-Friendly Suburbs Program and its associated improvements are so important.

The community is invited to provide feedback on the proposed improvements for suburbs by visiting the following pop-up sessions, with upgrades expected to be completed next year:

For more information on the Age-Friendly Suburbs Program visit YourSay or call Access Canberra on 13 22 81.

How dare this government patronise we senior people. This “Age-Friendly expenditure” should be routine maintenance which used to be the norm.

How about they fix the potholes in the main roads as well; for a start the pothole at the lights on Gungahalin Drive at Well Station Drive that has been present for more than SIX YEARS; occasionally they fill it with stuff that oozes out into a ridge. It makes the car steering go out and will one day cause an accident given the high speed of drivers. SIX YEARS and nothing. Why because they spent all their money on a train to nowhere.

nobody - 38 minutes ago
Great news, well done. View
switch - 3 hours ago
I think they mean Delta Myna major pest. View
Capital Retro - 3 hours ago
What a ripper of a headline. View
Courts & Crime 1

Julie Macklin - 46 minutes ago
Flannelette shirt. That's all I have known them called and what I have always called them. Never hard of the other words befo... View
Brisal - 3 hours ago
Define "Northern Tuggeranong". Most suburbs have their small shopping centre with a Supabarn or IGA or similar, within short... View
Tony Jim - 3 hours ago
Flanno for sure. BCF have the best and warmest View
Property 2

consumeradvocatecanberra - 1 hour ago
Hmm, what a great place for a satellite city for Queanbeyan or even Canberra (thinking Oaks Estate-perhaps not workable) but... View
MERC600 - 1 hour ago
It's been quite a while since I wandered into the Captains Flat local. Back then they were only using one corner of the place... View
Business 10

Julie Macklin - 4 hours ago
Carole Ford Not many people cycle for sport. Most people use it for transport. View
News 8

Mark J Avery - 5 hours ago
Try working next door to this dumping ground!! View
show more show less
*Results are based on activity within last 7 days

The Canberra Liberals have called for an audit of the ChooseCBR voucher scheme after the fund was exhausted within a...
Community 25

@The_RiotACT @The_RiotACT
Have you been speeding through the new 40 km/h zones in the city? Be warned, the grace period is coming to an end https://t.co/aczSVdQdXZ (40 minutes ago)

@The_RiotACT @The_RiotACT
The ACT's speed-camera network will be reviewed after a leap-year glitch resulted in a ticket being successfully challenged in court https://t.co/bsoWJaQVHv (1 hour ago)