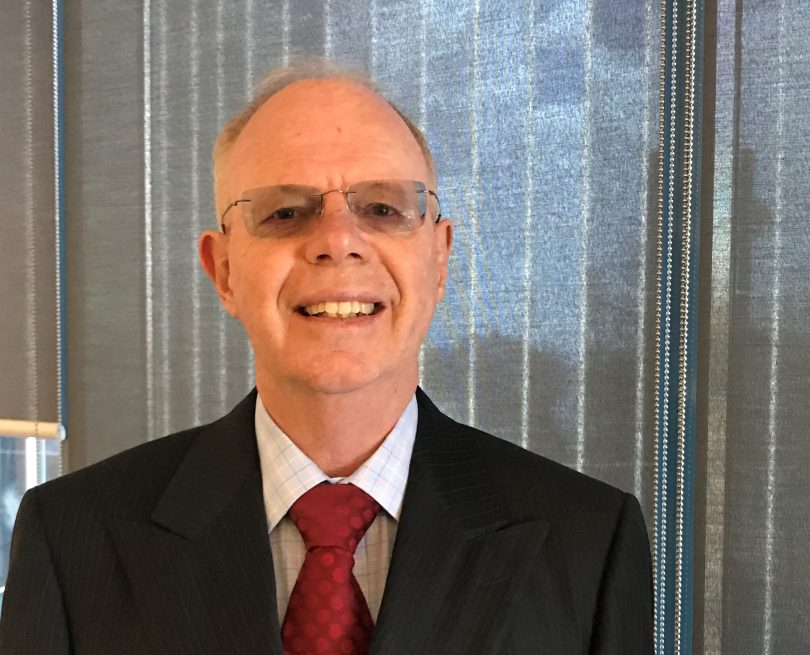 The ACT Government has delivered on an election promise to create the new role of Chief Engineer, who will provide advice to Government on the Territory’s engineering and infrastructure projects and collaborate with industry.

Government engineer George Tomlins has been appointed Acting Chief Engineer for six months to establish the role while an Expression of Interest (EOI) process is conducted to fill the role more permanently.

Minister for Planning and Land Management Mick Gentleman said the establishment of a Chief Engineer position was timely, with transformative projects such as the Canberra light rail network underway.

He said Mr Tomlins was a highly regarded engineer in the ACT Government and his qualifications and experience in engineering, planning and public administration was well recognised.

“Mr Tomlins has extensive experience in government and on major infrastructure programs. He most recently led the Government’s Procurement and Capital Works teams, responsible for delivering over $2 billion in capital works over the last four years,” Mr Gentleman said.

The Chief Engineer will liaise closely with the Government Architect, Catherine Townsend, and the various peak engineering bodies including Consult Australia, Engineers Australia and Professionals Australia.

“The ACT Government’s commitment to the creation of a Chief Engineer is part of delivering modern infrastructure and ensuring Canberra has innovative and safe engineering and delivery processes in place for the future of the city,” Mr Gentleman said.

chewy14 - 23 minutes ago
Ricketyclik, That is a grossly simplistic viewing of what happened and anyone calling this close to "attempted murder" is bli... View
ricketyclik - 1 hour ago
You must be watching a different video than the one I'm seeing gooterz. In the one I'm looking at, the cyclists indicate righ... View
gooterz - 2 hours ago
So the cyclist who was in the cycle lane. Swept across to the right hand side, then decided to take up the middle lane. The c... View
News 14

bj_ACT - 1 hour ago
It’s a fair point Heavs. The issue is that sites and land zoned for an activity such as sports facility are being switched... View
kenbehrens - 1 hour ago
The proposed Tuggeranong facility is for twin Olympic size rinks and capacity for 2,000 spectators, which I'd guess would be... View
Heavs - 3 hours ago
Because it's a privately run facility. Same as the Pitch and Putt was. Same as the basketball stadium was.... View
News 1

Finagen_Freeman - 1 hour ago
ANU cop out? What’s a fire or virus got to do with publishing how they determine fat cat salaries?... View
News 36

Andrew Shaun - 8 hours ago
And just like that, the builders in Canberra put up their prices again. View
thehutch - 8 hours ago
Yes, we should remove all regulation because it costs money. That should be the key factor when making decisions in an indust... View
Debbie Maz - 11 hours ago
Perhaps a review of the contract for sale T&Cs and the ‘cookie cutter’ conveyance practices next. View
Opinion 6

A supermarket and an end of school celebration are among the casual contact locations released by ACT Health after the...
Public Sector 1

It's official! Kokomo's in Civic will reopen as Wilma for the first time tonight (3 December). Described as a "progressive...

@the_riotact @The_RiotACT
It's the story of the #summer so far - a few days of sun and then a #bucketing. And so it is for the next three days, according to the @BOM_ACT https://t.co/LeuRBSLIjr (37 minutes ago)