Collaboratively and competitively delivered across the nation
17 August 2021 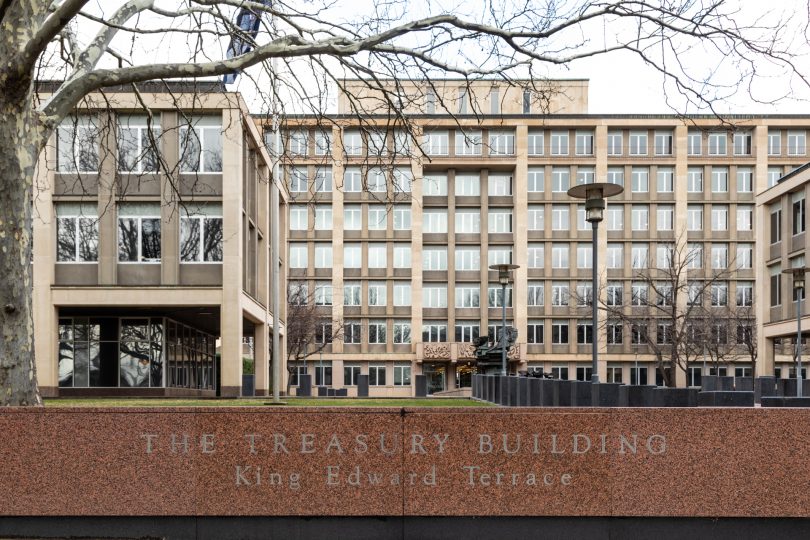 The Federal Government wants the use of performance bonuses to be limited. Photo: Michelle Kroll.

The Federal Government is cracking down on the size and number of performance bonuses being handed out in the public service, with new directions to agencies saying they should only be used in limited circumstances that can be justified to the public and the Parliament.

The new guidance issued through the Australian Public Service Commission applies to all Commonwealth entities and companies, except Defence, or where it conflicts with legislative and regulatory obligations.

They should exercise rigour and restraint in using performance bonus payments and act in line with community expectations regarding remuneration, regardless of their level of independence from the government.

“Commonwealth entities and companies exist to deliver outcomes for the public,” the guidance says.

“Any performance bonuses must be carefully designed to clearly align with delivering a public benefit over and above expected outcomes.”

The sensitivity about performance bonuses comes in the wake of the Australia Post Cartier watch controversy that cost former CEO Christina Holgate her job and the government a $1 million settlement.

The government also faced heat earlier in the year over $77 million in bonuses paid to NBN Co executives and staff in the second half of 2020.

It appears there is also concern about bonuses being used to top up salaries during periods of low wage growth and freezes. The new rules specifically state they should not be used for that purpose.

The latest APS Remuneration Report for the 2020 financial year says most non-SES bonuses were payments made in lieu of salary increases.

In 2019-20, almost 10 per cent of APS employees received performance bonuses, similar to the previous financial year.

The new rules say Commonwealth entities and companies should avoid the broad use of performance bonuses, that most staff should not be eligible, and that they should be carefully targeted.

Most policy, service delivery, regulatory or corporate roles should not be eligible, nor should staff involved in areas such as tax revenue-raising, cost-neutral programs, cost-recovery programs or regulatory activities.

But positions that involve significant at-risk investment outcomes, or where they are required to meet significant public milestones, would be eligible.

Bonuses should only be paid for high levels of performance and achievements greater than that expected from the position.

They should also be based on measurable outcomes and be able to be transparently justified.

Commonwealth entities and companies must have their own bonus policies and rules, list any payments in their annual reports and report them to the Remuneration Tribunal.

The pay report also showed that median APS salaries have hardly moved, rising only 0.8 per cent. This reflects the Federal Government deferring non-SES general wage increases by six months and requesting that agency heads suspend all SES remuneration increases until further notice due to the COVID-19 pandemic.

As a result, more than 60 per cent of APS employees did not receive a general wage increase during 2020.

Public servants serving the public get bonuses? Only in the Canberra bubble would this be normal.

If only it were that simple.

Bonus for APS need to be looked at in terms of total remuneration rather than the way private enterprise treats bonus’s.

“But positions that involve significant at-risk investment outcomes, or where they are required to meet significant public milestones, would be eligible.”

With governments no longer “spending” money or “committing funding” (every dollar which passes through their hands is now spruiked as “investment”), the first part of that sentence could become a very large loophole………

So it’s quite kosher to give cash as a thank you for doing a great job, but try giving a watch for doing a huge great job in signing up banks to your organisation, bringing in muchos dolares,
and you’re attacked and ridiculed.
Funny old world innit.

The public cannot have it both ways. Make up your mind. Provide services or make a profit???

If the public service operates under a capitalism model then performance bonuses are par for the course.

Recall being told thirty years ago by someone who would know that there is more evidence in the management literature for the productivity benefits of giving workers a post prandial nap than paying bonuses to senior execs.

Performance bonuses were introduced by John Howard when his government was rolling in money and splashing it around everywhere. The Canberra Times had a front page story on April 1 headed “more money for public servants if you impress the PM”. Many people thought it was the newspaper’s traditional April Fools’ Day joke. The editor in chief had to write an article the next day saying that it was true. I wrote a letter to the editor saying that there should be less talk about bonuses for public servants who perform well and more talk about the sack for those who don’t.

This is farcical, the so called performance bonuses were an artificial way to try to get a bit higher annual increases in public service salaries. In fact, there cannot be real performance bonuses in the public service, they are only imaginary. The work of public servants cannot be measured. Individual salaries are kept at minimum anyway by not allowing annual increases in levels and within levels. Sadly, and totally contrary to the original idea, the SES are not covered by the Public Service Act, they are special species, their salaries are enormous, and no one knows how big they are and how big their total packages are.

Maybe just get a Grant instead. They are on the rise. 😜😂

Look after your own house first, freaks.

As they should. Not sure why Defence has an exemption??🤔

Phil Andrews It’s a good question. I remember when Abbott stalled pay increases for 3 years Defence were exempt too.

Apparently the ravages of inflation hit them harder?? 🙄

Most APS only get a move up a pay scale based on performance. Once you get to the top of level within your position most get nothing for good performance. Some Departments pay around $150 for high performance which is over and above their KPIs. If you want to question performance bonuses then look at the Senior Executive Service. Given public servants have received at most a 2% pay increase in 2019, most got no increase in 2020 which is well behind the cost of living increase.

“In 2019-20, almost 10 per cent of APS employees received performance bonuses, similar to the previous financial year.” I cannot see how this is justified, especially given what’s happening across the country. A taxpayer-funded job is a privilege at the best of times. At present it is gold.

M.J. Leonard I don’t know why you see it as a privilege, it’s just a job like any other.

Bryce Undy A job where one is guaranteed a full salary, regardless of COVID restrictions? That’s privilege. Try telling otherwise to the many people across Australia whose livelihoods have been destroyed because of lockdowns.

M.J. Leonard how are they guaranteed a full salary? Only if they can work remotely or don’t run out of sick/annual leave.

Bryce Undy I’ve yet to hear examples of agencies standing down full-time public servants without pay because they can’t work remotely. Happy to be corrected.

M. J. Leonard please provide evidence that 10% of APS employees got a bonus.

At a time when public servants are working under exceptional conditions to ensure payments are made, health centres staffed and so on….seems an odd time to be targeting them….or are they saying this current issue would be an ideal time to target bonuses to the deserving front line and management levels? If the former the government has an odd sense of timing.

Yvon Nemchinov I want to know which public servants are receiving bonuses! I doubt a single front line one is. Pay rises were cancelled and in an environment where people were losing jobs I was ok with that.

Cath Roo Grassick in exceptional conditions. What , like working from home ?

Déjà vu. Unfair to be emotive about this. Howard did this. Bonuses work when the culture and incentives are aligned.

Has the public service set the bar for wage transparency?