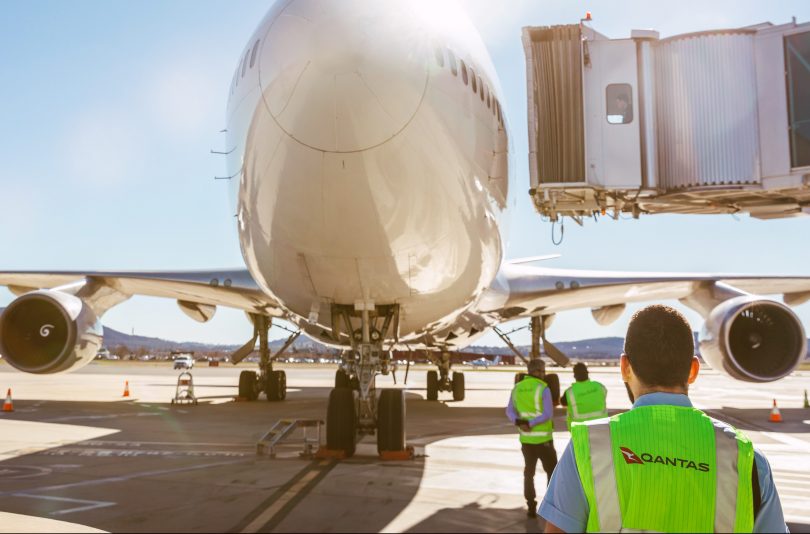 Canberrans will be able to access tens of thousands of cheap flights a week under a new $1.2 billion tourism package. Photo: Supplied.

Canberrans will soon be able to access cheap domestic flights just in time to escape the cold after the Federal Government announced a $1.2 billion aviation and tourism package that includes 800,000 half-price airline tickets.

The half-price tickets will initially target 13 regions around the country, around half a dozen of which are in Queensland, including the Gold Coast, the Sunshine Coast and the Whitsundays.

The discounts will be off the average fare and will be available from 1 April, coinciding with Qantas starting direct flights from Canberra to Ballina-Byron ahead of the Easter long weekend.

CEO of Canberra Airport Stephen Byron said despite Canberra being left off the list, Canberrans can still access the benefits.

“The program is targeted at the areas where the impact from international tourism has been worse and so that is why they have targeted those regions, particularly in Queensland,” he told ABC Radio this morning (11 March).

“The Federal Government is saying the time to starting travelling is now; border closures are behind us because the vaccine is being rolled out.”

More flights out of Canberra Airport are also likely to keep up with the expected demand as the Federal Government works with airlines to increase flights to these areas.

Canberra Airport is currently operating at around 40 per cent of where it was pre-COVID, catering to around 25,000 passengers a week, down from its usual 65,000.

“It is increasing at around 1000 passengers a week, but it is slow and gradual,” Mr Byron said.

“What people will need is the confidence that border closures are behind us.”

The government has also extended the $50 million business events grants program for three months to help Australian businesses put on multi-day events. The program will cover up to 50 per cent of the costs.

READ ALSO “It is not just his fault”: Dickson cafe owner calls for multicultural education after racist abuse

The tourism package also includes expanding the government’s loans guarantee scheme for local businesses that are still relying on JobKeeper. The scheme has been extended and the maximum loan has been increased from $1 million to $5 million.

The maximum amount a business can turnover to be eligible for the scheme has also increased to $250 million.

The $95 million Zoos and Aquarium program to help maintain animal populations has also been extended for a further six months.

If there is any more proof needed that the Federal government is committed to save Qantas than this is it:

Catherine Clift Natalie Ware Helen McPherson maybe we do an early getaway birthday weekend to the Whitsunday while it is cheap???

Lisa Kelly definitely worth checking out!

Canberra was left off as a destination because even at half-price Qantas fares to the capital are still way too expensive.

its only 1/4 price flights unless you not returning or your walking home. from canberra you can only travel to the gold Coast for this discounted price. further the whole thing is a bit ridiculous. there is a vaccine that almost no one in aus has had yet so let’s send all of australia to qld and see what happens.

Corporate welfare, socialise the losses, privatise the profits.
What else can you expect when the business community has corrupted the political system to serve it’s interests.
Lets hope free market enterprise wasn’t the key to our prosperity eg?

It’s a bit ridiculous to make that claim here when the only reason these businesses are struggling is due to government bans and trading restrictions.

This has pretty much zero to do with the free market by definition.

If Qantas is struggling so much how come the CEO (alan joyce) has made so much money, from taxpayer funds? He has profited from it, and it is wrong.

Jorie,
Alan Joyce’s salary reduced by 75% last year despite actually doing more work than he would have in a typical year.

The claims that he somehow profited from it doesn’t stack up to any reasonable analysis.

Joyce still has his job while thousands of Qantas workers don’t. I know that doesn’t sound reasonable to some like you, but the unions are a bit excited about it.

Keek,
so your assertion is that Joyce gets paid hundreds of millions of dollars per year?

I’d love to see you attempt to back that up with even the slightest bit of evidence.

Capital Retro,
so your point is if someone loses their job, it’s unfair that another person still has a job?

To regional centres. How is Gold Coast regional? It has more people than Canberra. Ridiculous. Should be able to get cheap flights here as we are always referred to as regional. Except when it suits. Ok, yes, we’re THE capital but again, regional when it suits ..

Vacay to see me Kyla Burch

Is Moruya a popular destination for overseas travellers?

Tony Armstrong who even knew Merimbula had an airport??

I’ve checked webjet and there is no cheap fares!
Where are they? How do we access them?

Lisa Rouse It starts from the 1st April!! Maybe an April fools things🤷‍♂️😂😂😂

This move is more about saving Qantas than saving the tourist industry. I don’t agree with it as it is just “kicking the can down the road” when the government should stand aside and let market forces take over.

Normally, when a public company like Qantas is facing an ongoing financial crisis there would be a call to raise capital through shareholder contribution. As most Qantas shares are probably held by the large superannuation funds this would appear impossible so the government has to again soak the taxpayer with more debt by subsidy.

They probably think it is better to do this then allow a crisis to crystalize in the already cash-strapped superannuation industry.

Sooner or later someone has to “bite the bullet” and we can all then “cop it sweet”.

Agree, this is just about giving taxpayer money to Qantas. The airlines have already received billions and need to stop asking for more taxpayer money. Taxpayer money is not to prop up private industry with a greedy ceo. This money belongs to the people of Australia. There are many who would love a holiday, don’t want to fly, but happy to drive and would love to visit and support regional areas. Very badly thought out plan.

Capital Retro,
Its literally because of government restrictions that the airlines and tourism industry has been struggling.

You can argue the benefits or problems with those restrictions all you like but you can’t deny that these companies were thrown under the bus by them.

Silly me – I thought it was because of the COVID 19 pandemic.

Capital Retro,
Yes it is silly you, the government restrictions due to COVID were the main impact on operations.

You can’t argue about market forces when the government prevents business operation through force.

Market forces come into effect as a consequence of other events, like a pandemic.

The “toilet paper run” is a classic example and it had nothing to do with government restrictions.

Closing the borders was more about state politics than restrictions. If we didn’t have any states/territories there would be no borders to close, like in New Zealand. The Australian states did it because they could.

Capital Retro,
no market forces would have been the major component of the problem if the governments didn’t ban people leaving or entering Australia and the state government’s didn’t arbitrarily close their borders willy nilly.

Airlines are critical to our economy, it makes perfect sense for the government to provide this type of economic stimulus that keeps a massive part of our economy moving until they are likely able to begin winding back the harsher restrictions towards the end of this year, early next year.

What do you think the economic impact would be on Australia as a whole if these major airlines go fully under now and have to be revived next year?

Everything has changed, airlines are no longer “critical to our economy” and are not deserving of any further taxpayer subsidies. Let the market forces take care of Qantas like they did with Virgin.

What is critical to our economy is our primary industries but I don’t believe the government has done anything for them.

We don’t need to fly to stay alive but we sure need to eat.

Capital Retro,
The idea that airlines are not critical to our economy is like saying water isn’t wet.

It’s then hilarious that you think primary industries are critical despite them being a miniscule amount of our actual economy and Australia producing far more food than is actual needed for our population.

Which is beyond a joke considering on the one hand you are arguing against subsidies when every single time there is predictable drought, primary producers are the first to have their hands out for cash in what is actually market forces at work.

You should really make up your mind.

The problem isn’t drought, it’s the lack of labour available to harvest the crops and the inability of governments to solve this problem. You have been in the Canberra bubble too long chewy14 or you would be current with what is happening in the real world.

I’ve made up my mind because I know what is about to happen to the “lucky country”.

Ruth Robertson I’ll be visiting dinner than we thought!! 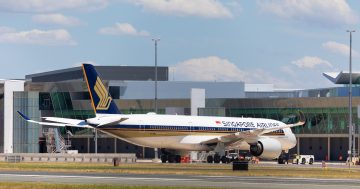