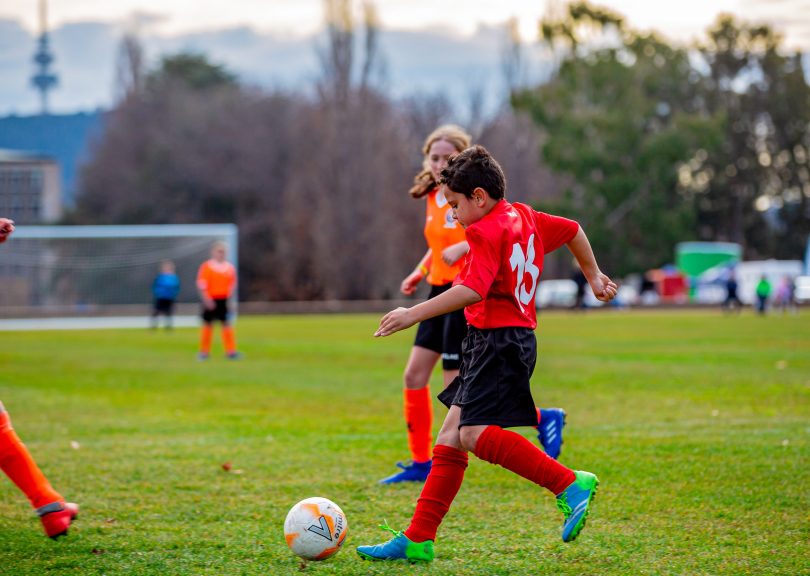 The Kangaroos might not have scored during their tournament debut, but the scoreline wasn’t the important part of the day. Photos: George Tsotsos.

They might have lost their opening Kanga Cup match 8-0 to Kiwi side Meadowbank United, but for the team manager and the eleven kids playing for the Koori Kangaroos, participation meant more to them than the result.

Canberra’s first indigenous junior football team, the Koori Kangaroos, made their tournament debut on the eastern lawn of Old Parliament House on Sunday afternoon (7 July) as a strong crowd cheered on.

With over 4,500 players at the annual week-long tournament, attending the competition means more to this team than the other 323 sides.

Capital Football approached Ngunnawal woman Selina Walker, asking whether she knew any indigenous players interested in the Kanga Cup and whether she would be team manager. Ms Walker said the reaction from the indigenous community was overwhelming.

“It meant a lot when Capital Football approached me because it was their own initiative,” she said. “The feedback from the local Indigenous community has been great, it is an awesome initiative and well done to Capital Football.

“This is a great step in the reconciliation journey. The fact that we are standing here on Ngunnawal land, my tribe’s land, means a lot to me. I am pretty proud.” 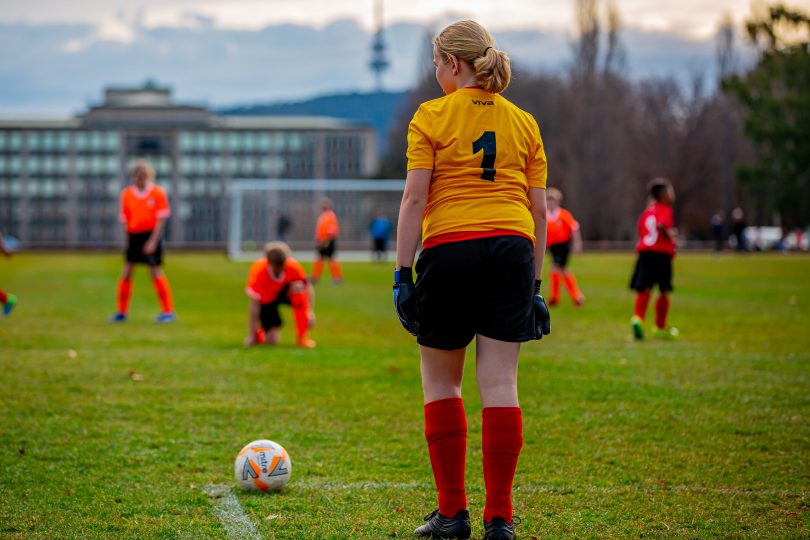 The mixed side of 9 to 12-year-olds are using this week to raise a voice that works towards reconciliation.

Coinciding with NAIDOC week this year, Kanga Cup is giving indigenous Australians another avenue to celebrate and raise awareness of their culture. A special smoking ceremony was also performed as the kids walked into the opening ceremony.

“To see an Indigenous team represented not just on a national level but an international level, we can bring that awareness and education to Australia and the world,” Ms Walker said.

“This is an awesome platform. Kids talk to kids, better than adults talk to each other, so it’s great to be part of it.”

As Capital Football CEO Phil Brown – whose nephew plays in the team – watched on from the sideline, the team struggled to get a shot on target, but the Kangaroo’s campaign isn’t about the scoreline.

Coached by Capital Football’s game development staff Kelly Stirton and Ivan Souto Diaz, the mixed side of 9 to 12-year-olds are using this week to raise a voice that works towards reconciliation.

“Coach Kelly has made very clear that it doesn’t matter how many balls go into the goals, or how many we miss. It is about having fun, being active and enjoying and embracing the Kanga Cup,” Ms Walker said with a smile.

“We will be back bigger and better next year. Sometimes it’s the first stone that is hardest to move.” 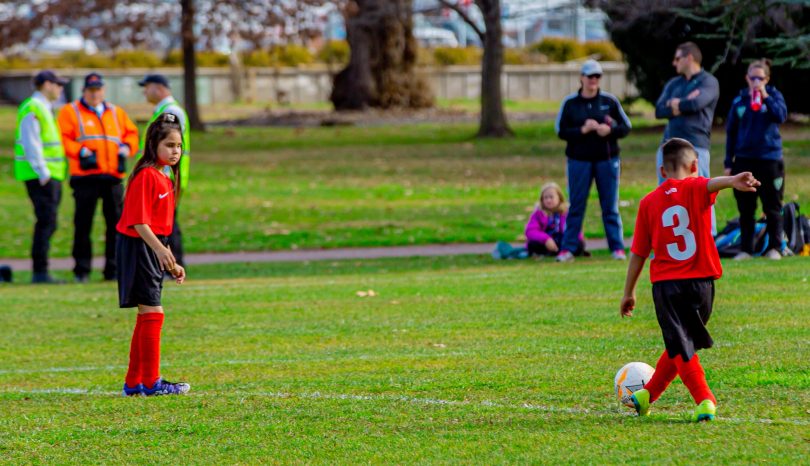 The team will come back bigger and better next year, Ms Walker assured.

Craig Sutton - 3 hours ago
Kathie Nash Yeah thanks scoop 🙄 I was referring to the entire northern part of Australia. Cairns, Townsville, Darwin etc... View
Sharon Cabban - 3 hours ago
Lani Metcalfe future for Jack View
Kathie Nash - 4 hours ago
Canberra will never get its own AFL team while we only have a 'stadium' that holds 13,000 at maximum. Need a bigger stadium t... View
News 31

Julie Macklin - 3 hours ago
Peter Hatfield Not faster if the bus gets stuck in peak hour traffic in Sydney, as has happened to me. I used to catch the bu... View
Peter Hatfield - 4 hours ago
Or just go to the Jollimont and catch a comfortable coach and be in Sydney an hour faster, and at a fraction of the real cost... View
Greg Myat - 6 hours ago
Ross McConchie I agree with you entirely about using rail more to get trucks off our main routes. But trains are the most eff... View
Property 13

Kacey Butterworth - 3 hours ago
Tim, let’s move. View
Jodie Kerec - 5 hours ago
Lisa Van Schieveen we could live here together. View
Gabrielle Driver - 6 hours ago
Lauren Edney look how nice it is. I'd have the cottage View
Sport 7

Donna Hofmeier - 4 hours ago
Why ? NSW Rugby have never been kind to us. View
News 5

Morven Isla - 4 hours ago
Trees are wonderful and I’m all for making things green. However the thing that we need more is public rubbish bins! The AC... View
accessdenied - 4 hours ago
Pretty cheap really. I find that the people that whinge about the cost are the people that expect the labourers to work for $... View
kenbehrens - 5 hours ago
I walked along a footpath behind a townhouse complex today. On both sides of the footpath were gum trees. The thing that caug... View
Lifestyle 1

kenbehrens - 5 hours ago
I don't have a big lot of space, so I concentrate on high yielding vegies. Mostly, zucchinis and "cherry" style tomatoes, tha... View
Food & Wine 4

@The_RiotACT @The_RiotACT
The new #VaxTheNation campaign is urging Australians to get the jab for COVID-19 so music venues can return to hosting gigs and delivering live #entertainment https://t.co/lo3ejx179F (4 hours ago)

@The_RiotACT @The_RiotACT
The ACT Government has established a dedicated quarantine facility to support vulnerable Canberrans and those who may find it difficult to stay at home https://t.co/BLnFyG5dx4 (6 hours ago)