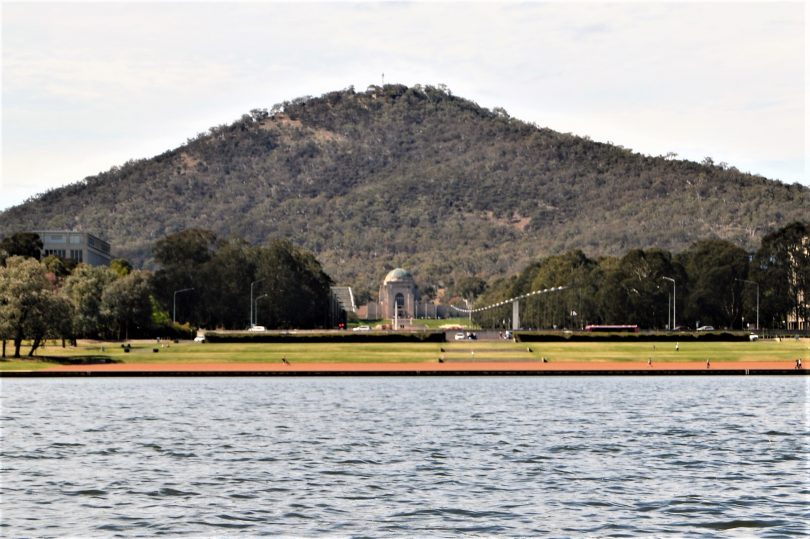 The ACT Greens have attacked the ACT Government over its in-principle support for a new Australian War Memorial car park atop a nature reserve — without first considering environment or heritage concerns, or consultation with the community.

The Greens say they are shocked and dismayed at reports that Transport Canberra and City Services Minister Chris Steel had told AWM Director Brendan Nelson in a letter in May that the Government was ‘supportive’ of the proposal to build a temporary car park and construction compound in Remembrance Nature Park at the foot of Mt Ainslie.

The car park proposal is part of the proposed $498 million expansion of the Memorial, which the Greens oppose.

The Greens targeted Mr Steel in Question Time in the Legislative Assembly on Tuesday, with ACT Greens Planning spokesperson Caroline Le Couteur asking him when there would be any community consultation on the proposal.

Mr Steel did not directly address the question, saying TCCCS had requested additional analysis of heritage and environmental impacts and that any development proposal from the AWM would require community consultation as part of the approvals process.

“Canberrans would be dismayed to hear that the Government has acted in this manner, without consultation, and decided – of its own accord – to allow a nature reserve to be cleared for more parking spaces.

“As the Government looks to achieve zero net emissions by 2045 at the latest, it’s even more disappointing that the Government is offering in-principle support for new car parks, at the expense of our nature reserves.”

In an answer to a question from Opposition Leader Alistair Coe, Mr Steel said the car park had in-principle support subject to consideration of heritage and environmental impacts.

Get it done already – bulldoze the trees, kick out the wildlife.

I can’t see a problem with the carpark

There’s plenty of space out the front of the war memorial… why not just dig up that lush grass and smack some concrete down!.. oh that’s right, that’ll ruin the aesthetics. Better to rip down some trees and destroy the HOMES of an array of native animals instead. That’s fair right?? 🦉🦜🐨🐭🦆🐸🐢🦂🦗🐞🐌🦋🐛🐜🐍🦎

What can Canberrans do to stop this appalling breach? We have people power – let’s put it work and show them who’s Canberra this is and why we love it and will defend it

If the ACT Greens are serious about this and other criticisms they’ve made about the ACT Government’s direction, why don’t they threaten to withdraw from the Parliamentary Agreement and give the Libs a turn?

because the Libs don’t offer credible government. They purely just operate on negative politics, no policies.

Bernie Douglas I’m making more of an observation about tactics between coalition partners – the Greens have criticised the ALP on a number of issues but are perhaps too comfortable to exert influence in a meaningful way?

Maybe the greens need to learn what in principle support means.

It’s staggering and disappointing to hear that the ACT Greens could seriously be “shocked and dismayed” by anything said or done by the “Big Canberra”, development-at-any-price Government which they prop-up.

Seems you missed this paragraph in your eternal goal of whinging about every government comment or decision. .

“In an answer to a question from Opposition Leader Alistair Coe, Mr Steel said the car park had in-principle support subject to consideration of heritage and environmental impacts”

Canberra should set aside land to create a future Territory Memorial to our current government.

They have one in Budapest and it has become a major tourist attraction there: http://www.mementopark.hu/

The war memorial extension is totally immoral- spend the money on war vets and the facility at Mitchell. So self indulgent to spend the massive amount on creating grander war memorials

Elroy Jones get real- more “stuff” at the war memorial at an obscene cost won’t do anything for tourist numbers. Backpackers are where the money is.

Margaret Freemantle backpackers are lucky to spend 50 cents. That why they are backpackers.

David Jackson Not true!!! They are the rich professionals that travel the world and spend. The grey nomads dont spend nearly as much anymore-do your research

Elroy Jones maybe as a Canberra born and bred, you are right. It is a beautiful city, a town of 30,000 when I was born. When I drive along Flemington road, I lose sight of some of the beauty that was there. Do cities have to look like that???

What the hell is happening in Canberra?

Trish Roberts how do we stop it ? I don’t trust the Libs to do any better- maybe time for a women’s party?

Tell me it ain’t so

Now that there is a tram to and from Gunghalin, those excess buses could now be reassigned to pick up and return visitors to existing car parks around Canberra. This is something I saw in the US some thirty years ago. The buses had been refurbished to accommodate more wheelchairs and people with disabilities, and run on a loop, carparks are a distance away, or the buses could pick up visitors from hotels as well. These buses are free, and run on a specific loop.
Instead of creating more carparks to encourage car use, we need to keep those areas as bushland.

Annie Wyer Excess buses? They currently don’t have enough to run the weekend timetables. I like the idea of anything that helps keep bushland, but somehow I don’t trust the planners.

I understood that the weekend bus service problems were due to drivers not being available to cover weekend shifts. (Apparently newly recruits are undergoing training now.)

Annie Wyer there are no excess buses as these have been used on the new network which shock horror does actually have many more services than the old.

Excess buses, ha! There are *fewer* buses now than there were in the mid-80s, despite the massive increase in city size.

Peter Mackay that’s not true. There are about 80 more now than in the mid 80’s. But you are right that the growth has not kept up with city expansion on a per capita basis. There could be many reasons why including better utilisation.

But ironic isn’t it the mid 80’s buses only ever went from burbs to an interchange where people had to change for another suburban bus or a 333 to the next interchange. Which is similar to the situation now that is causing so much noise.

Perhaps Canberra should consider more underground public parking. All those outdoor carparks with no shelter are perishingly hot in summer!

This war memorial extention is so unnecessary

Why are these people who weren’t elected getting a voice in the Legaslative Assembly question time? Can anybody just turn up and do that? She is a member of the public.

I think you’ll find she’s more than just a member of the public…..
https://www.parliament.act.gov.au/members/ninth-assembly-members/murrumbidgee/lecouteur-caroline

Unelected, so just a public servant. 🙂

That this had to come out by means of an FOI claim underlines how secretive this project has been at the ACT as well as the federal level. For background, see the campaign diary of Heritage Guardians, co-ordinating the community opposition to this unnecessary and ill-conceived project: http://honesthistory.net.au/wp/petition-on-change-org-against-proposed-war-memorial-extensions/ 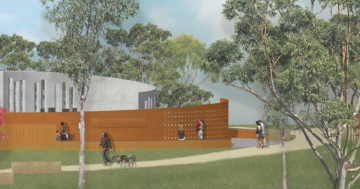 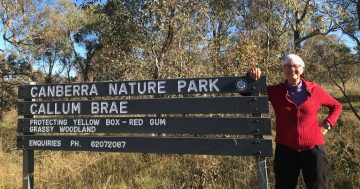