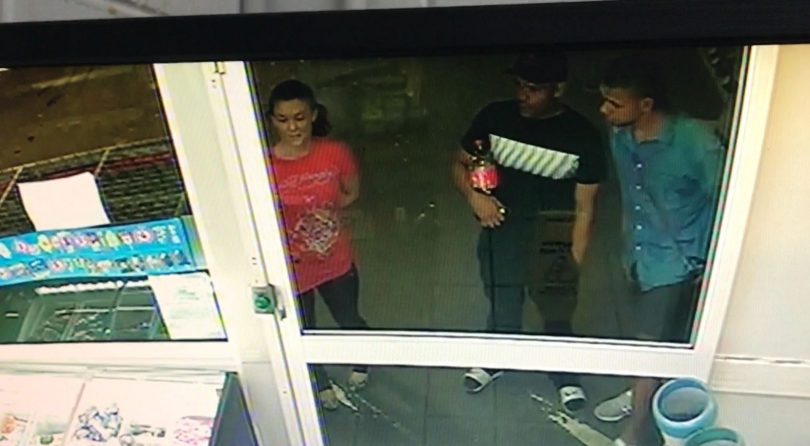 A CCTV image of the three people being sought by police.

Police have released CCTV images of three people who they believe robbed a group of people at knifepoint in Hawker early on Tuesday morning.

ACT Policing is also seeking witnesses who may have seen anything or have any video footage that could help them identify the culprits.

Police were called to the Hawker shopping centre about 12:25 am following reports three people were threatened with a knife and robbed.

It is alleged two men and a woman approached three people near a charity bin on Springvale Drive then produced a knife and demanded money before fleeing towards Undoolya Street. 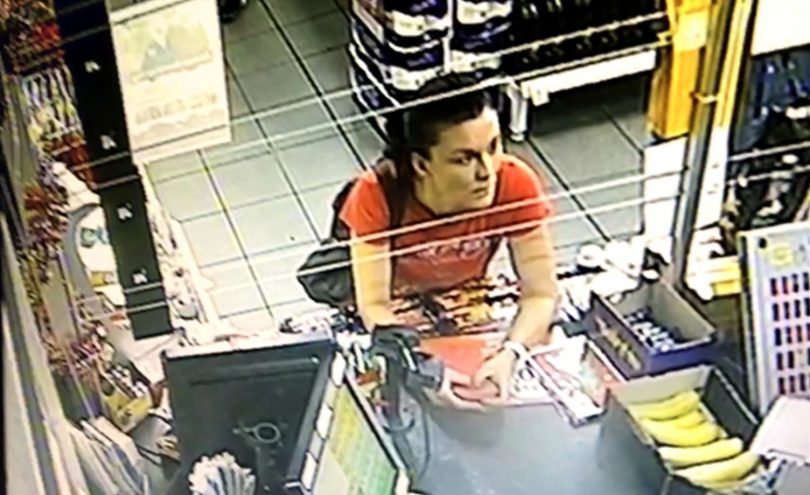 Another image of the woman believed to be involved.

The two men are described as being of Aboriginal or Torres Strait Islander appearance. The first man was wearing a black T-shirt with a white pattern across the chest, a black cap, dark pants, dark socks and white sandals.

The second man has dark hair and was wearing a blue long-sleeved shirt, dark blue shorts and grey runners. The woman is described as Caucasian in appearance with long dark hair. She was wearing an orange top and black leggings.

Anyone who can identify the people in the CCTV images or who have information that could assist police is urged to contact Crime Stoppers on 1800 333 000, or via the Crime Stoppers ACT website. Please quote reference 6476825. Information can be provided anonymously. 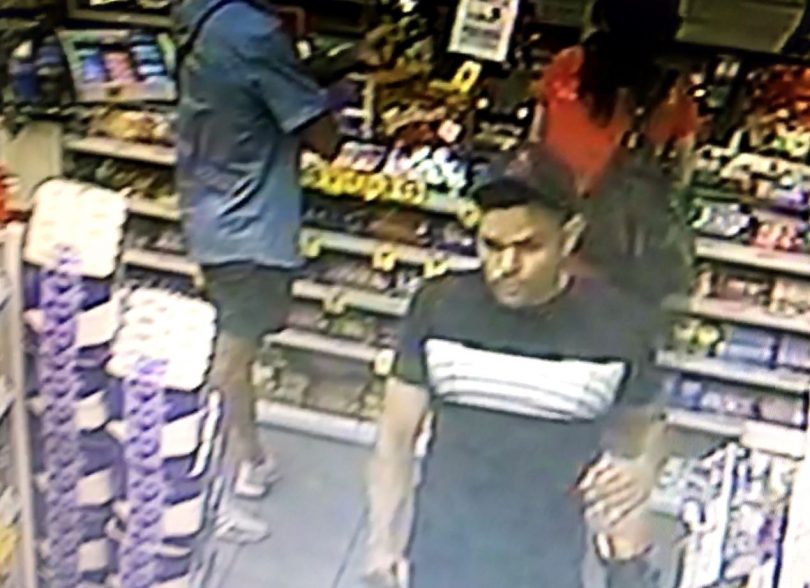 Another shot showing a close-up of one of the men.