Experts in buying, selling & renting
Your property, your future
24 May 2022

Design concepts commemorating the former Prince Alfred Bridge are in, but the Department of Planning and Environment is still open to community feedback.

Using timber and steel salvaged from last year’s demolition, the concepts aim to commemorate the bridge’s heritage and cultural and social significance while creating a new tourist site for Gundagai.

The former access and entry point at the northern end of the former timber viaduct – near the town’s main shopping area – and the floodplain at O.I. Bell Drive are the two proposed locations for the structures. This was indicative of community preferences, according to the design brief.

READ ALSO Gundagai’s heritage bridge survives troubled waters, only to be toppled by a truck

Sculptural wire elements are the mainstay of the story the demolished bridge will tell future generations.

The focal point of the wire frame will enhance the second bridge attraction proposed at O.I. Bell Drive to remember the former bridge from the floodplain level.

Here, one intact former bridge timber trestle (number 27) will be reinstated to its original location, the salvaged elements mimicking the former bridge’s scale, elevation, and materials.

Salvaged timber from the former bridge will be used for bollards and seating. In a very modern touch, visitors will be able to use a QR code to link to further historical information, photos and a 3D bridge reconstruction.

Parking, lighting and signage also form part of the plan. 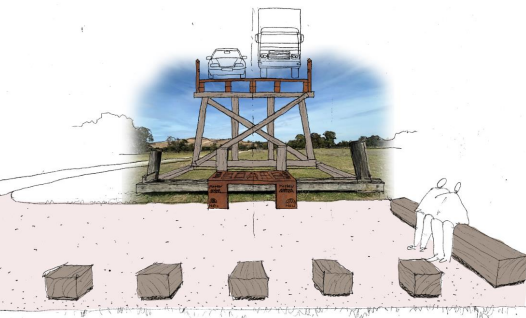 A steel wire cut out on top of the trestle is proposed to reflect the former bridge girders, deck, balustrade, and vehicle use.

Again, interpretive panels with photos, a history and an outline of the key themes relating to the bridge’s significance will be installed, with a QR code linking to further historical information and a 3D bridge reconstruction.

Bollards and seating will use salvaged timber from the former bridge and car parking and signage will also be installed.

Last year, engineering assessments found the 125-year-old timber road viaduct, which had not operated since 1984, was structurally unsound, creating a public safety risk if it collapsed during a flood.

Citing high costs, large amounts of timber required for restoration, future ownership and maintenance requirements and a lack of public need, the much-loved Gundagai attraction was deemed no longer feasible and demolished in November 2021.

More than 460 cubic metres of timber were salvaged from the viaduct for potential future use.

The loss was met with outcry, for its role in conveying Hume Highway traffic, which passed through Gundagai for 110 years was embedded in the memories of thousands of travellers who had crossed its 922-metre length.

It is hoped the proposed memorial structures will go part way to honour the bridge’s legacy – but nothing is yet set in timber.

This round of consultation will gather feedback on the potential design concepts, ensuring each reflects community sentiment.

Community feedback on the concept can be made online until Tuesday 31 May via this survey.

Absolute disgrace no effort to save it at all

Daniel Hewat I agree, it was a beauty in it’s day. I guess the powers to be in the earlier days decided they had better things to spend their money on…

Linny Hawkins I walked to many times in my youth! It was a wonderful bridge, I hope they can replicate it 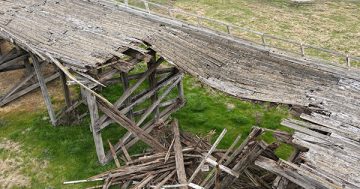 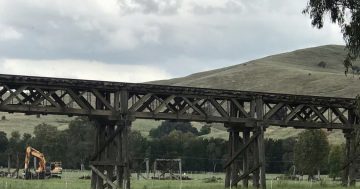 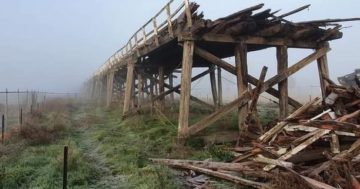 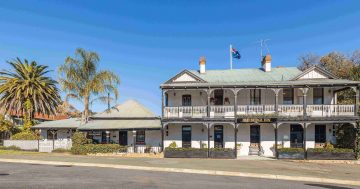