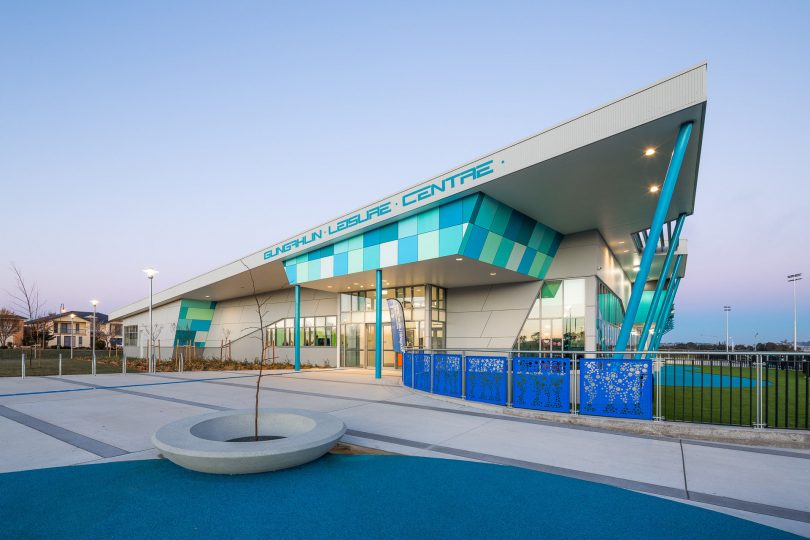 The 50-metre pool at the Gungahlin Leisure Centre has been closed since March 2020. Photo: YMCA.

The President of the Gungahlin Community Council has issued a ‘please explain’ to Sports and Recreation Minister Yvette Berry after being left in the dark about repairs to the Gungahlin Pool.

Peter Elford first found out about the additional repairs from Region Media on Tuesday (17 February) and has expressed his disappointment that the minister had not put up the information on any public or government-run websites.

Ms Berry revealed this week that all the tiles, levelling screeds and coatings of the pool will have to be removed while a further investigation into the structure and joints is undertaken.

The works will then require installing a new “pool tiling system” which includes a waterproofing membrane and grout repairs.

“The level of detail provided is, at best, a very brief summary,” he said.

“Gungahlin residents are seeking answers as to how this situation could have occurred, whether it was a design or construction issue, and what mechanisms are in place, if any, to ensure that residents will not have to bear the costs, as well as the significant inconvenience, of repair.”

Mr Elford will extend an invitation to Ms Berry to attend the Council’s next public meeting on 10 March to speak about the pool and answer questions from residents.

“Obviously, we all want to know when it will be resolved – even a best or worst-case estimate would be better than nothing,” he said.

“This has been a problem since 2017 and there is scant detail available regarding the issue.”

The 50-metre pool was originally closed in March last year for maintenance and the ACT Government spent $5,200 in April to repair some of the pool’s tiling.

This week, Ms Berry revealed that experts, including structural engineers and consultants, had been conducting investigations concerning the pool since June 2020 but could not provide a timeframe for the repairs or a cost estimate.

“The government is continuing negotiations for the pool repairs,” she said in a statement to Region Media.

The government is also seeking legal advice about who will be liable for the repair costs as the pool was only opened in 2014.

Mr Elford said any costs borne by residents or the government would increase the community’s irritation over the issue.

You get what you pay for; trying to do things on the cheap gets you cheap, fault ridden buildings. The college had a leaking roof as well. Most of Gungahlin has buildings which are deteriorated and falling to bits already only a few years after they are built. The “leisure centre” is an inadequate facility – they had an opportunity to provide the 80K residents of Gungahlin with a facility for all age groups and instead built (with defects) a covered swimming pool for swimming lessons. What about older citizens, what about teenagers? This was a “planned” region and is woefully inadequate. Territory government allowing Developers get wealthy off the public without providing any meaningful “facilities”. SHAME on Labor and Greens – what a joke.