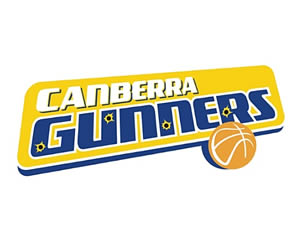 It was a polar opposite weekend for the Canberra Gunners and Capitals Academy as the men’s side swept the round with two victories while the women were unable to register a win.

Against the Bendigo Lady Braves on Saturday night, the Capitals Academy fell behind by 21 points at the main break. They pulled the deficit back with a strong fourth quarter to lose 62-78 but 24 turnovers were their Achilles’ heal.

Ellie Junod was the star for Canberra, recording 18 points on 8-13 shooting. She added to that with an impressive 5 rebounds, 3 assists and 3 steals while Sarah McAppion chimed in with 10 points. Playing her first extended minutes of the season, Brianna Dalgleish grabbed 7 rebounds (2 offensive) in a confidence-boosting performance.

The following day saw Canberra explode out of the blocks to lead by 4 points at quarter-time against the Sandringham Sabres. Sandringham found their footing from that point on though, running out 77-57 victors.

On a positive note, Canberra were relentless on the boards, recording 23 offensive rebounds. It led to 17 more field goal attempts but they shot at just 29%. With that kind of effort each week though, their shots will no doubt begin to fall.

Caitlin Rowe’s performance against Sandringham was the best of the round as she collected 16 points, 15 rebounds (4 offensive), 3 assists and 2 blocks. She was ably assisted by 16 points and 9 boards (5 offensive) from McAppion while Kristen Langhorn chipped in with 8 and 3 off the bench.

The Gunners were exceptional against the Bendigo Braves, overcoming a 5 point quarter-time deficit before surviving a late surge to win 94-88. They assisted on 18 of their 34 made field goals while nailing 9-18 from the three point line.

Garlon Green (25 points, 7 rebounds) lit up the floor while Matt Staff had one of his most complete games with 16 points, 10 boards, 5 assists and 2 steals. The most surprising aspect of the match was the play of Tad Dufelmeier, who flirted with a triple-double as he recorded 12 points, 8 rebounds and 7 assists.

Canberra then won back-to-back matches in a round for the first time this season as they beat Sandringham 92-87 in a thriller. The Gunners gave up a lead with 4 minutes remaining but finished on an 11-6 run, taking their 2014 road record to 4-4.

Green scored 32 points on 11-21 shooting, taking his weekend average to 26.5. Staff’s run of three straight double-doubles came to an end but his 17 points, 6 rebounds, 2 assists and 2 blocks were instrumental. Dufelmeier also capped off a brilliant round, with 16 points, 4 boards and 5 assists.

The Gunners now sit at 5-9 on the year, having won three of their past five matches. They sit only two games outside the top four in the South Conference and can look forward to five of their next six matches to be played at home.

Sylvia Doherty - 7 minutes ago
Amy MacMillen this is the talk that we went to that I was telling you about. View
Anne Brechin - 7 hours ago
I’m not convinced society as a whole wants to jail 11 year olds. View
Coralee Rauber - 7 hours ago
At age 11 the kids know better. The age should stay at 10 to be sentenced View
Community 92

John Dow - 3 hours ago
Still go down via Nerriga, but no road from Araluen still. The NSW roads website only mentions Brown Mountain and Kangaroo Va... View
Andre De Menezes Ribeiro - 3 hours ago
Thi Thai Hien Pham we just made it!... View
Community 166