GWS Giants Netball stay on top, in Canberra next month 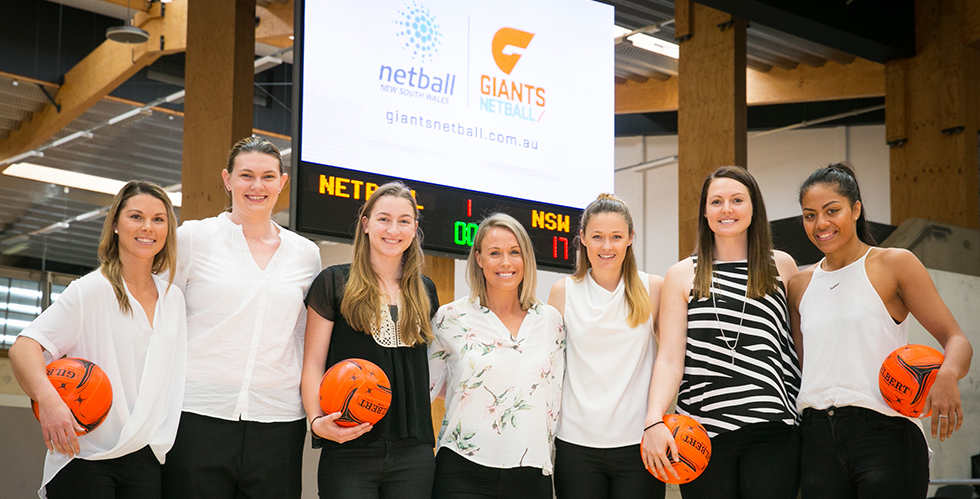 In an electric derby, the GWS Giants Netball have defeated their local rival the Sydney Swifts and solidified their position on top of the ladder.

The Giants were down six goals with 12 minutes to go, but a perfectly shot final quarter from shooters Jo Harten and Susan Pettitt carried the team through.

“I thought it was a really, really high-quality game and neither team was giving up the ball too easily,” Giants coach Julie Fitzgerald told the SMH.

“The quality of netball tonight was pretty exceptional. The Swifts certainly weren’t giving up any ball.”

The Giants are based in Western Sydney but they’re also claimed by many in the ACT. They compete at the AIS netball centre for a few games each season, the next of which is on 14 May.

Their presence in the territory has been welcomed by Yvette Berry, ACT Minister for Sport and Minister for Women.

“We welcome the Giants national super netball… for their home games in the ACT.

“Canberra’s sporting landscape is one of the most diverse and inclusive of any city in Australia.

“We are a small city, but we continually punch above our weight in the sporting arena and our teams enjoy passionate support from Canberra as a result.”

Annabel Dobson - 3 minutes ago
That’s simply not true. You can see very clearly the damage they are causing. We can scientifically show there are whole ec... View
Sandy Moore - 10 hours ago
Hmmmmm so a lot of calls to eradicate the horses that were introduced and are not native to this land because of the damage t... View
Malcolmo Oz - 11 hours ago
Maria Grant Ummm I think we are of a similar mind on this View
News 28

Trudy Jane - 9 hours ago
Betty Starbux most people who criticise Canberra have never even lived there View
Joanne Hillermann - 9 hours ago
Well done Marg! Congratulations on your awards. I loved listening to you on the radio about quirky archives stuff. View
Cathy Reid - 23 hours ago
Good on you Marg! Pleased to hear about your success. View
Opinion 93

Jim Hosie - 9 hours ago
Ashley Latimer yes thank you Ashley that’s my exact point lol View
Ashley Latimer - 11 hours ago
Jim Hosie also, are you dense? As long as trees and grass exist, there's going to be fuel. View
Malcolmo Oz - 11 hours ago
Peter Mackay I guess this is a pretty good indication of what Julia was getting at - https://the-riotact.com/light-rail-numbe... View
News 26

May Mac - 15 hours ago
"climate change, or global heating as many are now calling it" Another new term? I thought it was amended to 'climate change'... View
Anura Samara - 21 hours ago
Shane Murphy but protest isn't the only way to influence Governments. For example, the Chinese Government will react to marke... View
Christine Mary - 22 hours ago
Shane Murphy how come when in Europe you pass hectare after hectare of solar panels - and in Australia you dont see this anyw... View
News 28

A couple of big birds dropped into Canberra this morning (16 January) as stormy weather disrupted flights into Sydney. The...
Community 36

Last year's legislation to make life easier for renters is having unintended consequences, including higher rents and an even tighter rental...
Community 36