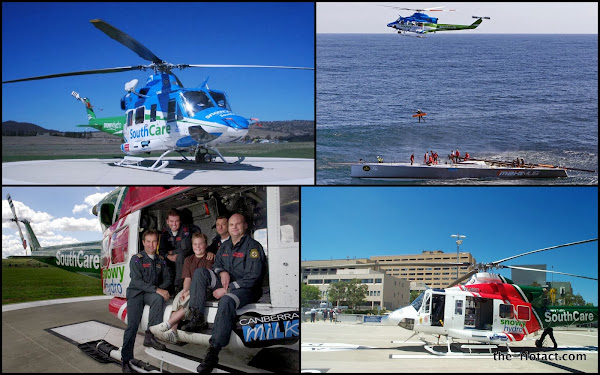 The quality of service and care provided to the region is a testament to the highly trained and skilled flight and medical crew. Several of the Snowy Hydro SouthCare crew members have been with the service since 1998, including Pilot Simon Lovell, Engineer Colin Hobbs, and Intensive Care Paramedics Michelle Blewitt, Grant Hogan and Michael Abigail.

In this time, the helicopter has attended primary accidents flying directly to the scene of accidents, transferred patients between health care facilities throughout the region, engaged in search and rescue operations and provided relief during natural disasters.

Notable missions include Snowy Hydro SouthCare’s role in the 1998 Sydney to Hobart Yacht race where patients were winched to safety from high seas. As well, in 2003 when Snowy

Hydro SouthCare retrieved a helicopter pilot after he crashed into Bendora Dam. There are also the countless missions each day that go unreported, few realising that the service performs an average of two helicopter missions per day.

Anyone know when the next open day is?