Experts in buying, selling & renting
Your property, your future
23 September 2019 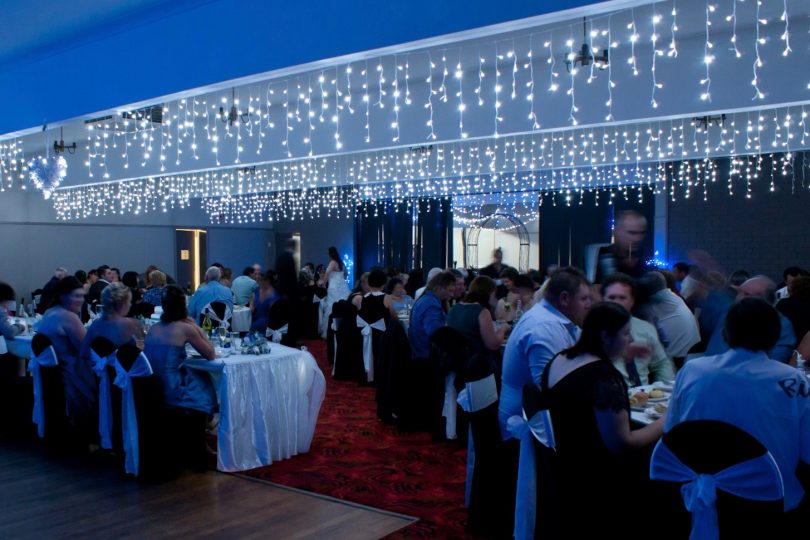 A debutante ball and football presentation night are social highlights in Harden- Murrumburrah. You expect to see almost everyone out and about at such gala events.

The ageing Harden Country Club was threatening to dim the excitement until an architect in Canberra, who once worked alongside the legendary Romaldo Giurgola in the 1980s on Parliament House, joined proponents of the club’s redevelopment.

Architect Robert Thorne says the club house upgrade is one an architect like him waits for.

“It’s not commercial, it’s not about the bottom line, or affordability, the main driver is for the community,” Mr Thorne says.

His brief has multiple aims. Firstly, when completed next year the new club house will host major social events like balls and presentation nights, wakes, weddings and business networking.

Another aspect of the work is re-locating the tennis club and courts, taking advantage of NSW Government funding for encouraging sport in rural areas, sharing facilities and catering to a broader audience.

“This is an opportunity to provide a series of nuanced places for people to gather and socialise, from a terrific sports bar where football can be watched on Friday or Saturday afternoon, with a good beer garden outside – through to a lounge-type bar, cafe-type space and lounge to a nice dining room with a good kitchen,” Mr Thorne says.

In a simple, rectangle shape with views to the 18-hole course, the new club house will contain flexible, moveable furniture, including lounges and tables which can be stored, and a stage that can be mechanically folded under and raised above the floor.

“We are equally interested in providing nice outdoor spaces, you have a club house opening on to a terrace which opens on to a large grassy court for everyone, adults and children,” Mr Thorne says.

“You could be relaxing on the terrace outside the large club house with a drink or coffee. The children and adults could kick a football around, or play a game of quoits or cricket with a soft ball, or just roll around and enjoy the space.”

“Harden is moving beyond wheat and sheep as the main generator for the town, and is growing other produce these days. Supporters of the project want to broaden the club house’s purpose, for a place to have dinner, enjoy the local produce and possibly play golf or tennis,” he says.

Newly appointed general manager Christopher Longbottom hopes tradies in the town get together to redevelop the club into a multi-function sport, recreation and tourism attraction.

“I would really like the money we are spending to benefit the local community,” he says.

The former golf professional moved with his wife Dominika and their two children, 4 and 2, from South Australia two months ago, and believes Harden is ideal for raising a family and establishing his career in managing a sporting venue which has golf as its core attraction.

“Within the golf industry, there are not too many chances to be a part of a significant build such as this. The attraction was to be involved from day one and involve the local community and create a community asset that will be something that we can be proud of,” he says.

“A development application is expected to be lodged with Hilltops Council soon.

“The budget is still being finalised, will be substantial and while some funds have been allocated by the Kruger Trust, a legacy of the late dentist Geoffrey Kruger, fundraising is ongoing. We have just implemented a $500,000 grant through our new irrigation system. We are working hard so as not to rely totally on the Kruger money, but get a foot in other areas as well,” he says.

Harden golf club’s annual two-man Ambrose draws up to 200 golfers in September who come from a wide area, demonstrating the 18-hole course is capable of bringing people not only from Young and the immediate area, but Canberra and Sydney as well.

The club employs 12 people, in the longer term the proponents of this project aim to scale up to 20 employees, depending on the hospitality and tourism generated by their latest investment.