Have you seen Amara Hynes? – FOUND 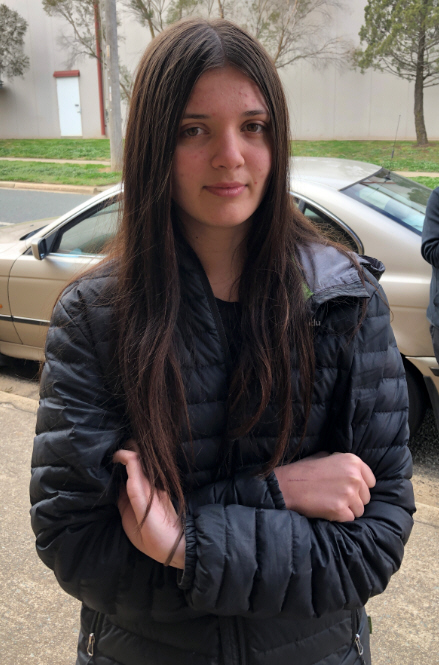 UPDATED 2:20 pm, 3 November: ACT Policing has reported that Amara has been found safe and well.

Amara has not been seen or heard from since 12 October 2020. She was last seen in Jerrabomberra.

She was reported as missing yesterday (2 November). It is believed she may be in the ACT.

Amara is described as being of slim build, Caucasian in appearance, approximately 165 cm (5’5”) tall, with long, dark brown hair, and brown eyes.

Police are seeking to locate Amara as there are concerns for her safety.

Anyone who may have any information that could assist police in locating Amara is urged to contact ACT Policing Operations on 131 444. Quote reference number 6664909.

Maya123 - 6 hours ago
I see plenty of cars left on verges at the end of the car trip, and they take up more room :D View
Alan Fish - 7 hours ago
The most annoying transport type in the ACT is the average ACT driver. View
Ian - 7 hours ago
While I see plenty of under-age and helmetless riding of scooters, I can't say I've seen much irresponsible riding. My only r... View
News 23

chewy14 - 8 hours ago
Capital Retro, Except all evidence at present is to the contrary. The only large scale batteries connected to the grid are ma... View
Opinion 8

Brian Evans - 8 hours ago
I live in an Enrico house and it is, day to day a wonderful experience. View
Food & Wine 18

dolphin - 11 hours ago
you're wrong o1l. this issue is one of demand and supply not local taxes. View
I am a Rabbit™ - 12 hours ago
The ACT already has the highest average yields after costs out of all capital cities. Basic economics will tell you that rent... View
show more show less
*Results are based on activity within last 7 days

There's a well-known divide in Canberra between cyclists and motorists. Many drivers can think of nothing more annoying than a...
News 60

@The_RiotACT @The_RiotACT
Readers are evenly divided over new plans for annual dog registration. Do you think people should stay in public housing long term, or make way for those with more urgent needs? https://t.co/vOwRvSCjIt (8 hours ago)

@The_RiotACT @The_RiotACT
Along with #AnzacDay events for the long weekend, there's plenty happening all week to keep you occupied https://t.co/sPy9XaXww0 (9 hours ago)

@The_RiotACT @The_RiotACT
The ANU is offering to use its residential facilities as a quarantine for returning Australians and up to 3000 international students after the ACT yesterday ruled out taking further repatriation flights https://t.co/bTvrXZMti7 (11 hours ago)