Have you seen David Banks? 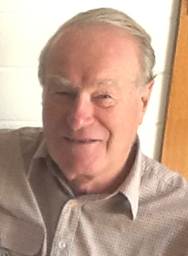 The 81-year-old Pearce man was reported missing yesterday evening after he left a note for his family to say he would be back from his walk at lunchtime.

The car the man was driving, a red Subaru Impreza, was located at Yankee Hat car park in Namadgi National Park.

The missing man is of Caucasian appearance, 178cm (5’10”) tall with a thin build and receding grey hair. It is not known what the man was wearing.

The man suffers from a number of medical conditions and is believed to have no medication in his possession.

ACT Policing’s Specialist Response Group has been deployed to search for the man. The Southcare helicopter has also be deployed to assist in the search.

Police would urge anyone who may have seen a man walking alone in the Namadgi National Park, particularly around the Yankee Hat area yesterday (September 27) to contact Crime Stoppers on 1800 333 000, or via the Crime Stoppers website on www.act.crimestoppers.com.au.

3 Responses to Have you seen David Banks?
Filter
Showing only Website comments

What a relief for him and his family.

Brooke Crisp - 9 minutes ago
Alana Cindy thanks lovely have seen this one. View
News 118

Tim Vandartel - 28 minutes ago
Time to get back on track. High speed trains please. View
Chris Mackie - 49 minutes ago
needs a high speed train line! View
Julie Macklin - 8 hours ago
Elizabeth Ann Thurbon Not unique to Australia. I've arrived at towns and cities in Europe and found the station wasn't in the... View
Opinion 1

chewy14 - 1 hour ago
"Inevitably, some of us will slip into past behaviours, and others are forced to call it out and gently point out the rules t... View
Opinion 11

Rollersk8r1 - 1 hour ago
Quite happy as a GWS member. In normal times it’s an ideal arrangement. Four games a year at Manuka (1 pre-season), plus AF... View
Ben Jones - 3 hours ago
No one will go apart from the die hard fans. Until they start winning and the whole of the ACT become fans overnight. View
Opinion 197

David John Hourigan - 1 hour ago
John Slow too many round abouts...! View
Matthew Robinson - 11 hours ago
Would be great but no way the government would support it. View
Opinion 20

Acton - 10 hours ago
"Chief Minister Andrew Barr said he accepted that having no deaths may not be possible" Of course it is not possible to have... View
Mike Diy - 11 hours ago
How dare he be a competent politician. What kind of example will this be for others? View
kenbehrens - 11 hours ago
Sam, did you recently hear of the local Covid positive female who was charged drink driving? In addition to not isolating, sh... View
Breaking 86

Speculation around a potential return to Canberra of the Supercars, operating in a circuit around Exhibition Park, has raised the...
News 118

It looks like next year's federal election will be even more about keeping Australia safe. The Morrison Government will seek...
News 33

News that one of the ACT's largest fitness centres is pulling the plug on their aqua-aerobic classes has dealt a heavy...
Opinion 36

Have you seen Julius Ghuede? – FOUND

@The_RiotACT @The_RiotACT
A Canberra man has died after being struck by a car from behind while walking in East Queanbeyan on Wednesday night https://t.co/rM6J2eFG0o (57 minutes ago)