16 May 2020 | Genevieve Jacobs
Start the conversation 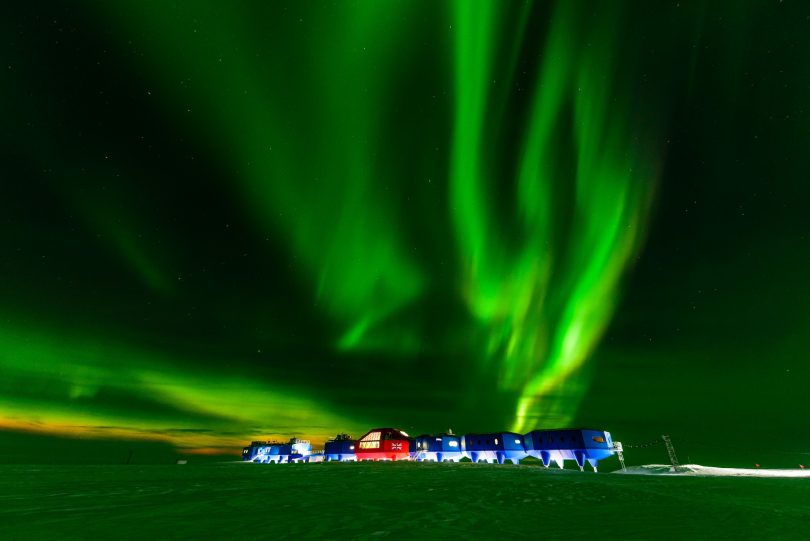 Aurora Australis at the British Antarctic Survey base in Antarctica. Photo: Supplied.

“Our deep listening skills have gone through the floor,” says Kim Cunio who heads the ANU’s School of Music. “People used to sit down after dinner parties and listen to full albums. But now we listen in two or three-minute bursts, if that.”

There could be few deeper listening experiences than tuning into the sounds of space and the earth itself. For the last few years, Kim has engaged in a project that brings science and art together in a musical meditation.

It’s resulted in an album called Aurora Musicalis, where the foundation for the music is literally the sounds of space, captured at a remote Antarctic ice station and converted into sound files that are audible to the human ear.

A meditative piano soundtrack is laid over the sounds of lightning cracking up into the atmosphere and circling back to earth (spherics), the hiss of movements between the inner and outer radiation belts (whistlers) and electrons from solar winds responding to the Aurora Australis (chorus).

The project began when Kim was approached by Space Weather Research Scientist Nigel Meredith and artist-engineer Diana Scarborough who had been working with the British Antarctic Survey to find novel ways of visualising space weather data.

They were looking for a composer who could help them develop a multidisciplinary show. This included a scientific presentation followed by a performance with animation, contemporary dance and soundscapes. The work was performed at the Cambridge Science Festival in March 2018.

“For six months, I wrote scores like composers usually do,” Kim says. “Then Nigel shared with me the source recordings from the Voyager journey to Jupiter. Something clicked in my brain – I couldn’t believe those sounds.”

It prompted a much larger vision for the collaboration.

As it turns out, there is sound everywhere across earth and space, as the universe moves in deep rhythms that are mostly entirely imperceptible to we humans buzzing on the planet’s surface.

The electromagnetic radiation of the sun, for example, causes sound waves that can also be picked up by microphones posted on most interstellar spacecraft or at the Halley Research Station on the Brunt Ice Shelf, operated by the British Antarctic Survey.

Sound waves are vibrations of air molecules, but these emissions – although they’re within the frequency range of the human ear – are a form of electromagnetic radiation. The recordings can be converted to waveform audio files that enable us to hear the sounds of space.

“NASA might need to take it up eight octaves or vastly increase the speed so that we can hear it,” Kim says. “But space is not a vacuum, it just operates on an entirely different scale. Imagine the difference between being a goldfish and blue whale, that’s the difference in how sound behaves in space.” 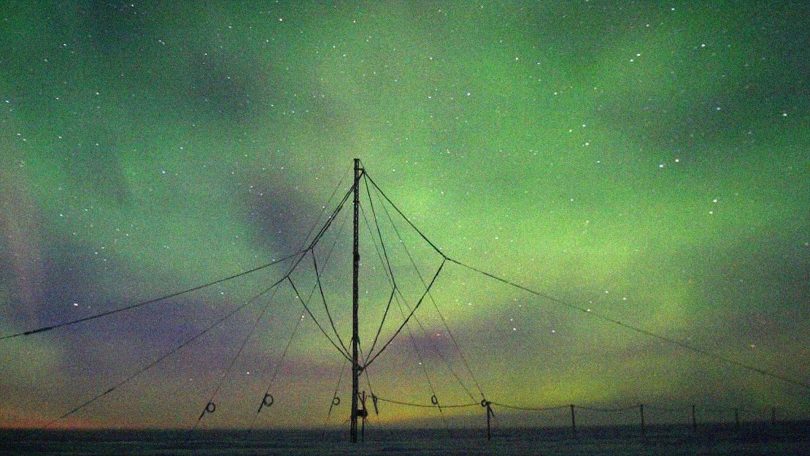 Space weather scientists need the recordings to write predictive algorithms, but the sounds themselves are open source and shared through creative commons.

Antarctica is the quietest place on earth in both a literal and electromagnetic sense, and the British Antarctic Survey had four years of digital recordings and decades of tapes from the 1970s and 80s. Kim describes the pulses and echoing rings as “the sound of the planet breathing. It’s like birdsong – never exactly the same”.

But how to turn this vast archive of planetary noises into something musically usable?

“You can go days and days without hearing much, so I found a day with enough action,” Kim says. “I listened until I felt quite at home with those sounds, and when I went to bed at night I heard piano music.”

After stitching the sounds together sequentially, Kim let himself into the ANU recital hall and recorded for one day, responding intuitively, without a score to what he heard. The music anchors the earth’s sounds back to human experience, giving us a way into the experience.

“But the most practical reason for making this is to ensure that music is of service to science,” Kim says.

“This is one way to talk about the deep peril of the planet. Scientists are truth-tellers who can’t get involved in the public debate but need ways to tell their stories.

“When I was a kid, I learned that Pythagoras believed in the music of the spheres. Now it turns out that Pythagoras was correct. We can hear the sound of a comet, of black holes, of intergalactic clusters and gravitational waves. This is a way to help people grasp the foundational building blocks of the universe.”

On a human scale, Kim says expanding the imagination is also a way to reclaim mental health in a time when the everyday world is deeply fraught. “This is a grand thought and we need them now”.