Helen Murrell the new Chief Justice of the ACT 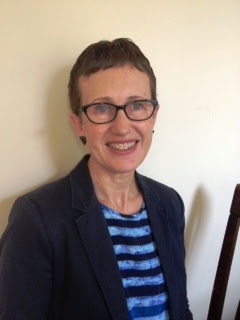 Simon Corbell has announced Helen Murrell will be the new head of our judiciary:

“I am pleased to announce that the Government has appointed Her Honour Judge Helen Gay Murrell SC as Chief Justice of the Supreme Court of the ACT,” said Mr Corbell.

“Judge Murrell SC has been a NSW District Court Judge since 1996. Judge Murrell SC brings 17 years extensive experience in both criminal and civil matters. Her Honour will provide strong leadership to the ACT Supreme Court as Chief Justice.”

Judge Helen Murrell SC is currently a Member of the Council of the National Judicial College of Australia, was President of the NSW Equal Opportunity Tribunal (1997-1999) and set up the first NSW Drug Court in 1998.

Her Honour was first enrolled as a solicitor in 1977. She worked in the then Commonwealth Crown Solicitor’s

Office and the NSW Legal Aid Commission. She was called to the NSW Bar in 1981. In 1995 she was appointed Senior Counsel. She practised in the areas of criminal law, administrative law, environmental law, common law and equity.

The Government has undertaken an extensive appointment process included seeking nominations from key stakeholders and a public notice seeking expressions of interest and nominations to attract a wide range of strong candidates for the position.

“I congratulate Her Honour Judge Helen Gay Murrell SC on her appointment and I am confident that she will serve the Canberra community well,” said Mr Corbell.

“As Attorney-General and first law officer of the ACT, I look forward to working with our new Chief Justice to ensure that the Judiciary and the Executive continue to collaborate to deliver access to justice to the ACT community.

“Her Honour will take up her position on October 28 2013, in the interim appropriate arrangements will be put in place to assist the Court.”

Judge Murrell SC will fill the vacancy created by the retirement of the Hon Terrence Higgins AO who has served in the position of Chief Justice since 2003 and as a Judge of the ACT Supreme Court since 1990.

“On behalf of the Government, I take this opportunity to thank the retiring Chief Justice for his dedicated and sustained service to the law and the ACT community over the past twenty-three years. I wish him well in his retirement,” Mr Corbell said.

UPDATE: The Law Society is expressing its pleasure:

The Law Society of the ACT welcomes the appointment of District Court Judge Helen Murrell SC as the new Chief Justice of the ACT Supreme Court.

Her Honour is well liked and highly regarded by the legal profession. Her Honour brings to the position 17 years’ experience judging criminal and civil matters in the District Court of New South Wales.

Prior to that, Her Honour had a distinguished career at the NSW Bar, including appointment as Senior Counsel in 1995.

Her Honour will not take up her appointment until 28 October 2013 and the Society notes the Attorney-General’s commitment for any necessary arrangements to be put in place to ensure the work of the Court is not delayed.

The Society acknowledges the retirement of Chief Justice Higgins and I will be speaking at his ceremonial retirement ceremony tomorrow.

Chief Justice Higgins has served the ACT Supreme Court and community for the past 23 years with grace and humanity and will be missed.

This was an interesting an unexpected appointment. Of course, nobody thought Penfold would be promoted, but Burns had some chance and several Federal Court officers were rumoured to be in the running, with one of them thought to have been tapped a few weeks ago. Taking a district court judge from across the border for Chief is surprising, however Murrell seems very qualified given the job was always going to deal predominately with criminal matters. The one uncertainty is whether she bring the desperately needed reform to the court’s efficiency…

Generally, I reckon that if a bunch of lawyers are really delighted about something then it doesn’t bode well for the rest of us. Still, it is what it is, and we have to live with it.

She looks like a nice person, but personally I’d prefer the Chief Justice to look like Judge Dredd.

Not that I’m doubting this judge’s reputation, but does the Law Society ever respond to these appointments with anything but fulsome praise?

Rarely ‘fulsome’ in its traditional sense.

You can read between the lines of some Law Soc responses. Not this one

Not that I’m doubting this judge’s reputation, but does the Law Society ever respond to these appointments with anything but fulsome praise?

Jason Preston - 7 hours ago
Buying your vote with your kids View
Jesse Mahoney - 11 hours ago
Y'all are arguing with someone who likes Pauline Hanson. I wouldn't waste your energy View
John Hartley - 11 hours ago
Labour drunk on money till there is none left then tax go up there a joke and have and will be for a long time View
Lifestyle 8

Jess Peil - 8 hours ago
This is so exciting! View
Roland De Saxe - 11 hours ago
Great idea for Eden area View
Talla Mc Bogan - 16 hours ago
happened in the otways ,, mountain bikes took the moto tracks ,, they only use a small area though ,, so plenty of moto track... View
Property 3